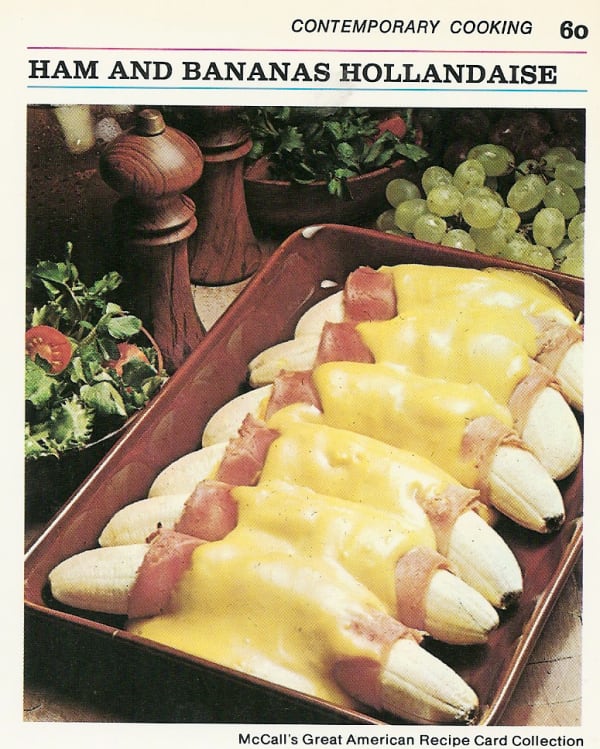 I’m not a neural network expert, so I had to look that one up when I heard that there was a grad student who loaded a neural network code on her 2010 MacBook Pro, and started training it on a bunch of recipes and cocktails.

Here’s a few recipes the network has generated:

Discard filets. Discard head and turn into a nonstick spice. Pour 4 eggs onto clean a thin fat to sink halves.

Brush each with roast and refrigerate.  Lay tart in deep baking dish in chipec sweet body; cut oof with crosswise and onions.  Remove peas and place in a 4-dgg serving. Cover lightly with plastic wrap.  Chill in refrigerator until casseroles are tender and ridges done.  Serve immediately in sugar may be added 2 handles overginger or with boiling water until very cracker pudding is hot.

This is from a network that’s been trained for a relatively long time – starting from a complete unawareness of whether it’s looking at prose or code, English or Spanish, etc, it’s already got a lot of the vocabulary and structure worked out.

This is particularly impressive given that it has the memory of a goldfish – it can only analyze 65 characters at a time, so by the time it begins the instructions, the recipe title has already passed out of its memory, and it has to guess what it’s making. It knows, though, to start by browning meat, to cover with plastic wrap before chilling in the refrigerator, and to finish by serving the dish.

Compare that to a recipe generated by a much earlier version of the network:

Bake until juice. Brush from the potato sauce: Lightly butter into the viscin. Cook combine water. Source: 0 25 seconds; transfer a madiun in orenge cinnamon with electres if the based, make drained off tala whili; or chicken to well. Sprinkle over skin greased with a boiling bowl.  Toast the bread spritkries.

which bakes first, has the source in the middle of the recipe directions, mixes sweet and savory, and doesn’t yet know that you can’t cube or chop whipped cream.

An even earlier version of the network hasn’t yet figured out how long an ingredients list should be; it just generates ingredients for pages and pages:

And here’s where it started out after only a few tens of iterations:

Even this shows some progress compared to the random ASCII characters it started with – it’s already figured out that lower case letters predominate, and that there are lots of line breaks. Pretty impressive!

Why It’s Hot:
Progress, progress, progress. Sometimes we take for granted how long and arduous the road to further our convenience is, or how well-equipped technology actually gets us from point A to B. We don’t always need to look under that hood, but we should be happy someone does, and technology such as machine learning neural networks continue to evolve to make our lives easier-or more entertaining until they get something right.  As the ability to learn from the tons of content mankind has already created continues to improve, there really is some scary (don’t)DIY frontiers on the horizon. Forget about wondering if your kid lifted their essay content from an online wiki source, worry instead if he loaded a code, taught his Mac to ingest thousands of volumes of American history and spit out a dissertation on the significance of the Lincoln-Douglass debates without penning a word. Then don’t punish that kid, get him a job making me new cocktails.
Click here if you want to see the cocktails it created:
http://lewisandquark.tumblr.com/post/159252246692/the-neural-network-designs-a-cocktail-of-some-sort