Weight Watchers is losing the race for customers against fitness gadgets.

Revenue fell 10% to $327.8 million in the fourth quarter, Weight Watchers International said in a statement Thursday, declining for the eighth straight period as FitBit, Jawbone and other activity trackers lure dieters away.

We have all known Weight Watchers as a great way to shed those unwanted pounds, but as the digital age continuously evolves will traditional weight loss classes fade away?

Weight Watchers has remained the same since they opened in 1961, so they have to get modern if they want to stay in the game of weight loss programs. A lot of people think it’s embarrassing going in front of a group of people to weight yourself and talk about this personal topic. Well, now they don’t have to, they can simply wear a bracelet and track their weight loss themselves. Yes, Weight Watchers has launched an app that users can track their progress on there. Although, you can’t get much easier then wearing a bracelet to track it, so that’s why Fitbt, Jawbone, etc. take over.

Why It’s Hot: With MRM//McCann being a digital agency, this works in our favor and validates our efforts. We know that digital is taking over and it will continue to do so in the future. 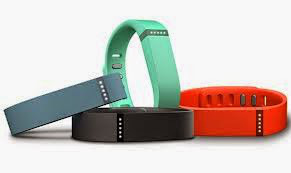