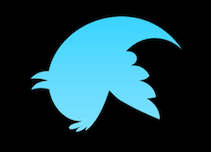 Several years ago, Twitter snubbed developers by limiting features they could use when using the Twitter API to create their own interoperable products. Today, they are trying to right that wrong.  In essence, the company will be adding a layer above twitter that will decentralize the service much like email, where yahoo users and Gmail users can email between one another making it platform agnostic.

Twitter is funding a small independent team of up to five open source architects, engineers, and designers to develop an open and decentralized standard for social media. The goal is for Twitter to ultimately be a client of this standard.

Although years away, the Bluesky team will eventually be building social media protocols that will allow the company to prove the viability of decentralized social media. Some are criticizing the move saying it will reduce Twitter’s liabilities regarding the types of content that have gotten the company in trouble in the past. Dorsey, Twitter’s CEO, argues that Twitter’s value lies in its ability to direct attention towards valuable tweets – not hosting all the content.

“Finally, new technologies have emerged to make a decentralized approach more viable. Blockchain points to a series of decentralized solutions for open and durable hosting, governance, and even monetization. Much work to be done, but the fundamentals are there,” Jack Dorsey

Although still a pipe dream with a long road ahead, decentralization of social media may become the way of Web 3.0 – reducing platforms liabilities for UGC and democratizing content discovery – but what will become of brands that use these platforms?