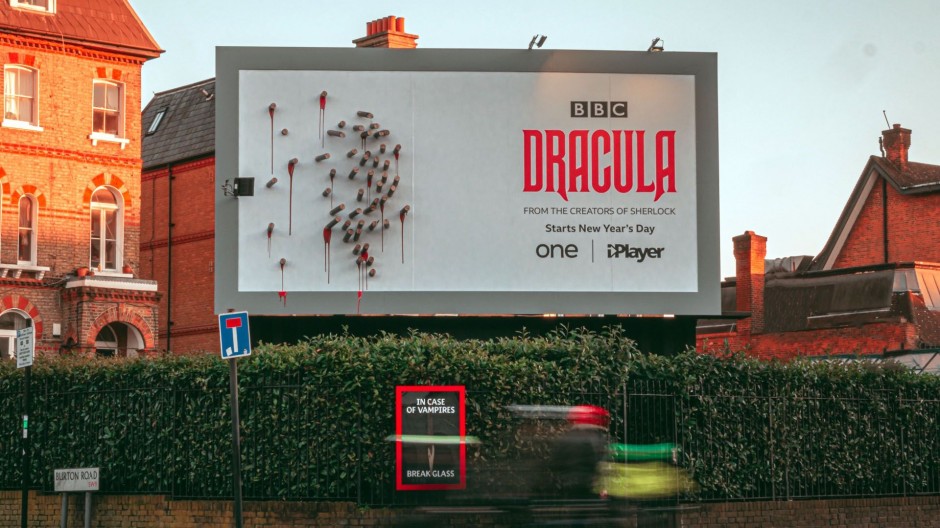 To mark the arrival of the series Dracula, BBC erected two billboards in both London and Birmingham that don’t directly depict the count himself, but through a clever play of shadows and stakes, see him emerge as a haunting ghost.

During the day passers-by will notice that the billboards are stabbed with stakes – alluding to the action of vampire killers. Yet, at night a light at the side turns on, and viewers realize the stakes have been placed with the utmost intention so that their shadows recreate the face of the TV series’ blood-thirsty villain. To heighten the spooky billboard, beneath stands a ‘break in case of vampires’ box that contains a pointed wooden stake, ready to stab with.

Why it’s Hot: Innovation doesn’t always need to be a new digital platform or tool – sometimes the most interesting innovations come from rethinking how we use traditional channels.