You’ve likely seen a lot of talk about how the effects of our current pandemic quarantine may forever change how we work. You may even feel the change happening.

Currently, we’re all enjoying full days of video chats on Teams, Zoom, Slack, take your pick. Spatial is a similar collaboration tool that allows teammates to converse and interact in AR/VR.

It may or may not be a substitute for in-person interactions, but at least solves for some of the challenges of brainstorming and ideating when we’re not all in the same “space”.

While it’s unclear how quickly these types of virtual interactions will begin to become commonplace, a company like Spatial signifies it’s coming. Not just for workplace interactions, but also social ones.

Live entertainment is going digital. This weeks SNL took home cut video from cast members and made a #StayAtHome version. Check out the intro:

We caught up with the cast at home for the #SNLAtHome opening ‼️ pic.twitter.com/iloDjVTDZy

NYC theaters are also putting new content online. This week Playwrights Horizons launched a new podcast, Soundstage, putting new playwrights plays straight into your ear. This one is from one of my favorite playwrights, Robert O’Hara (Tufts Alumni for the strategy Jumbos). And The National Theatre in London through their NT Live program (usually shown in movie theaters) is now releasing a live play on video every week. Actually their newest feature is making its world premiere RIGHT NOW. DURING HOT SAUCE.

Art has a way of surviving. Even live art. There has been some twitter criticism that stage work is not translating well to the digital form, but this is opening a brand new way of staging live art and it’s still in its nascent stage. Looking forward to lots of new brilliant work in these new times. 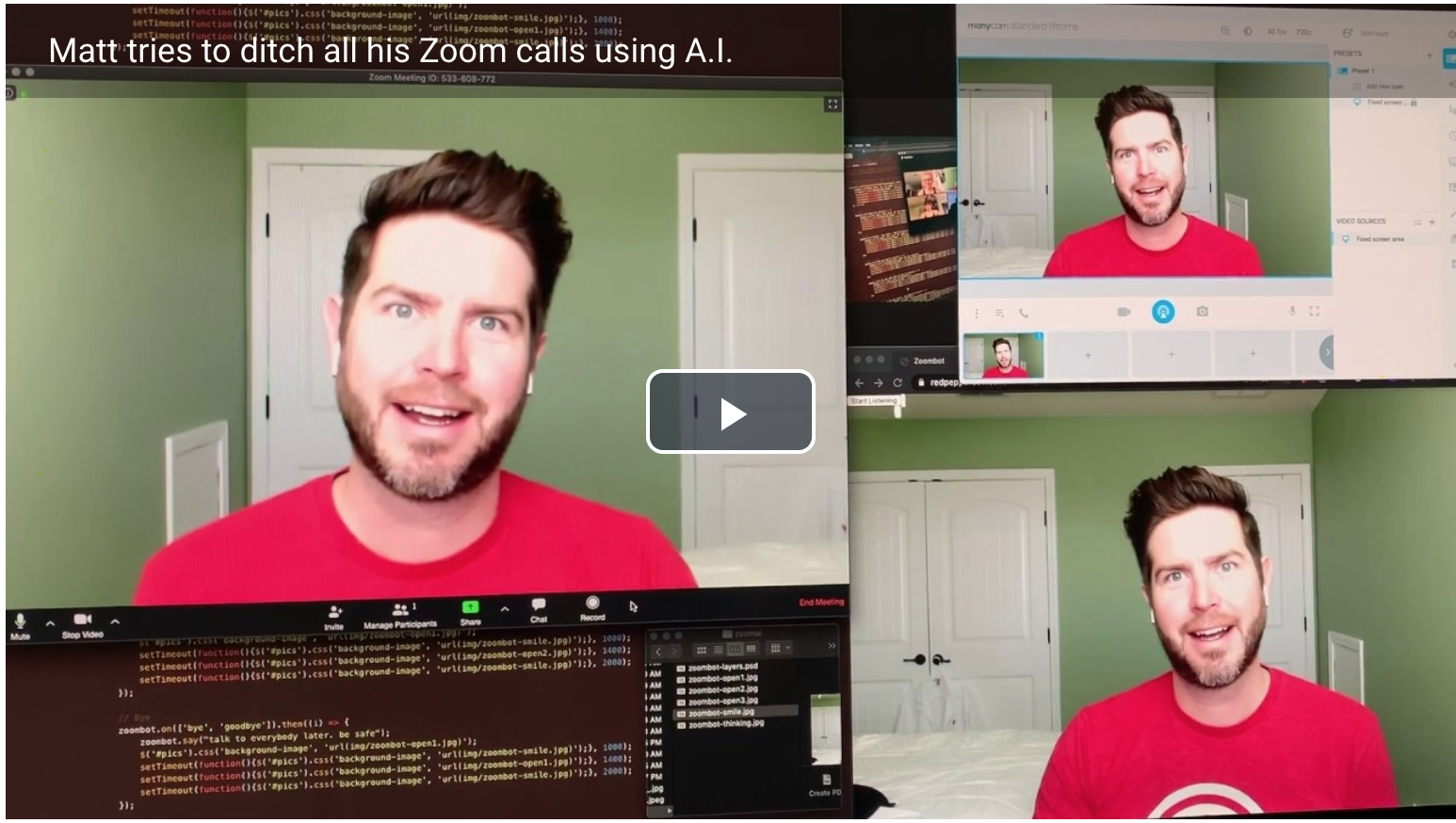 Click on the picture above or here to see video 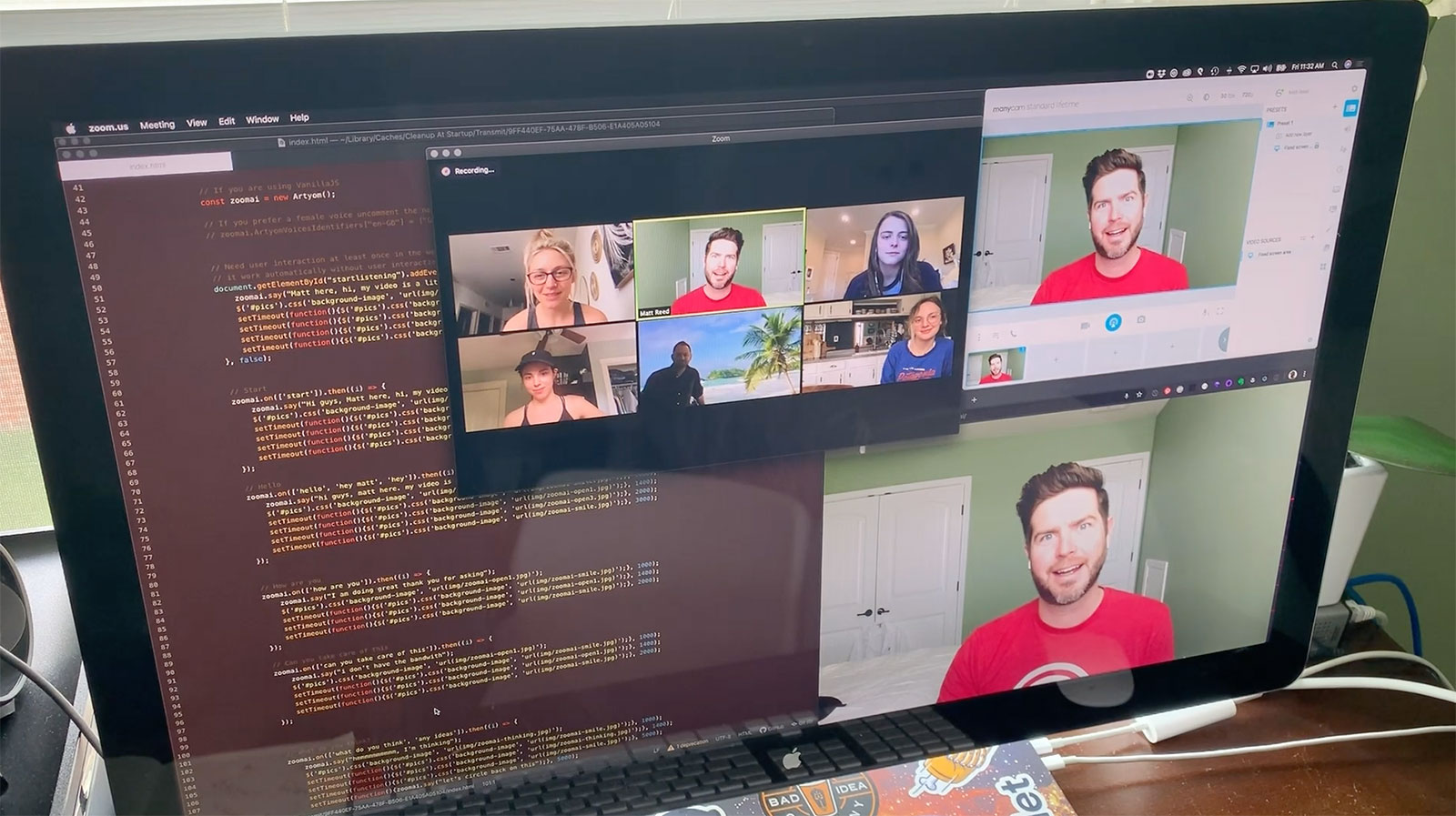 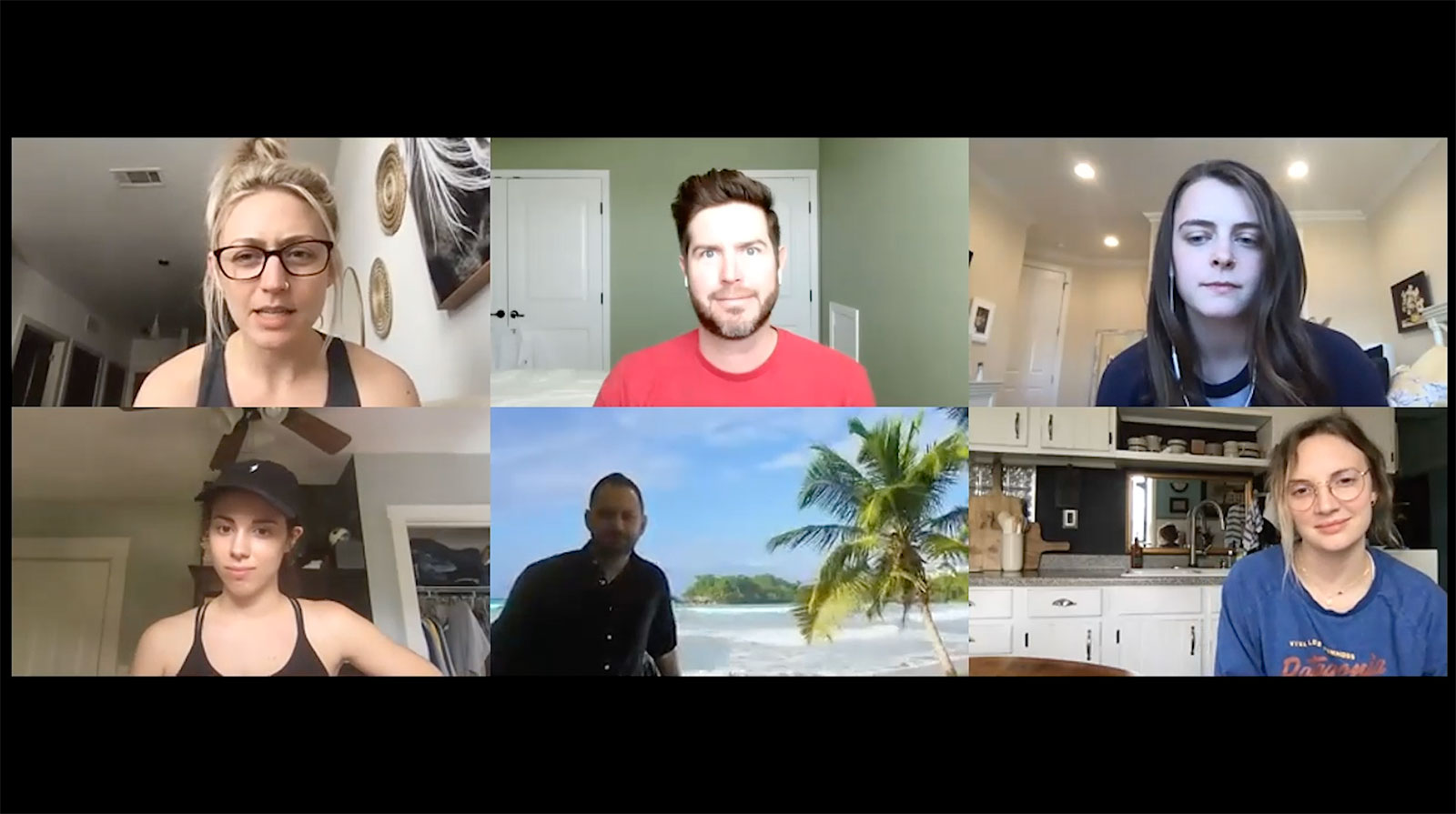 The phrase Zoom meeting has been uttered countlessly over the past few weeks, as businesses around the world have turned to the video conferencing app to connect for meetings. Indeed, a number of folks we’ve queried in our #WFH Diaries series have reported being on Zoom essentially all day long.

Throw in some Zoom happy hours, and Zoom wine nights, and Zoom card games, and it can be a bit much. Matt Reed, a creative technologist at Redpepper in Nashville, was certainly feeling the strain, anyway.

“My number of Zoom meetings has gone through the mesosphere and is currently on Mars,” Reed writes on his agency’s blog. “There’s barely even time for bio-breaks, Reddit, or actually getting work done. It’s as if Zoom has turned into the Oasis from Ready Player One, where everyone spends every waking hour of their day inside.”

So, Reed flexed his creative tech chops and came up with an amusing solution. He built a digital A.I.-powered twin of himself, named Zoombot, and had the clone show up for the Zoom meetings in his place.

Zoombot uses advanced A.I. speech recognition and text-to-speech tools to actually respond to other people in the meetings. Also, Reed didn’t warn his colleagues he was doing this—and their reactions in the video are priceless.

Why it’s hot?
Way to break the break the endless monotony of video calls using your digital twin. And the best part is that Reed is spending all the free time “making that coffee whip stuff everybody is making,” he reveals. “Stuff is delicious.”

From The Verge (emphasis mine):

Because of the coronavirus pandemic, Oakland-based band Thao & The Get Down Stay Down had a problem. Their plan to shoot a music video for their single “Phenom” was abruptly canceled as shelter-in-place orders rolled in. The band, crew, and dancers could no longer meet up in person, and they were faced with a decision: put everything on hold or figure out a way to make the music video remotely. “At first we didn’t know if we would even release the song because it’s about people unifying,” Thao tells The Verge. “So it was never an option for me to shoot the video solo.” But then her manager had an idea. What if they shot the music video entirely within Zoom?

Featuring Thao alongside eight dancers, the “Phenom” video went from concept to completion within a week. There was one pre-production meeting, one five-hour rehearsal, and one shoot day, all of which took place on Zoom. “If we were going to do such a thing and commit to it,” says Thao, “we had to do it really quickly because it is so of the moment.”

It’s cool to see creative people using the medium of the moment (video conferencing) to create art in a short amount of time. It goes to show that what’s most important is not having the highest production value, but connecting with your audience.

Using Zoom as a medium places the viewer in emotional proximity to the band, making them relatable, but the creative approach to choreography within the Zoom frames heightens the medium from mere communication to the level of art.