Yahoo Labs is adding a dimension to their navigation algorithm that aims to provide more beautiful ways to get you to your chosen destination. Researchers at Yahoo Labs sourced images from Google Streetview and crowd-sourced user opinions about which streets were more beautiful via UrbanGems.org, then assigned an attractiveness variable to each location.

“The goal of this work is to automatically suggest routes that are not only short but also emotionally pleasant,” said Daniele Quercia, of Yahoo Labs. “Based on a quantitative validation, we find that, compared to the shortest routes, the recommended ones add just a few extra walking minutes and are indeed perceived to be more beautiful, quiet and happy.” 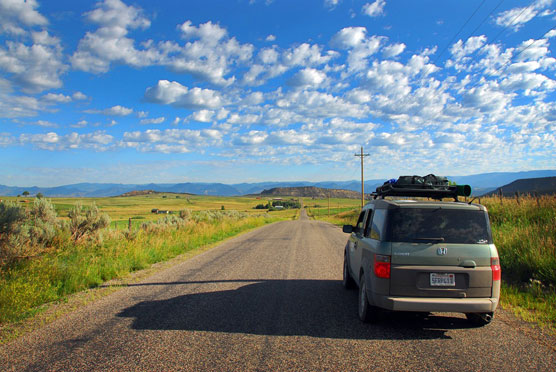 Marketers often ask themselves how they can more effectively inject an emotional element to the work in order to get closer to what people actually feel and react to. This is a great example of taking a perfectly good pre-existing tool and adding a layer that can expose an element of beauty in what has become a very mundane and predictable experience.  This helps elevate technology to be more humanistic and useful in how it maps to real life travel behaviors. Online advertisers have long known that a good chunk of their ads run in locations where very few people see them even when the webpage loads. Now Yahoo is moving to give some of its advertisers their money’s worth, by charging only for display ads that actually come into view on someone’s computer screen.

Ad viewability has been a hot topic in online ad circles for years, and marketers have long understood that some of their ads were going unseen — appearing in little-traveled territory far down a web page, for example. Lately attention has increased. Last year ComScore said 54% of online display ads do not have a chance to be seen by consumers.

Industry groups like the Interactive Advertising Bureau (IAB) have tried to organize efforts to tackle the viewability problem, fearing that it undermines advertisers demand and spending. After waving off the viewability discussion in 2012, the standards organization called the Media Ratings Council set a viewable impression standard earlier this year. If at least half of an ad appears on a screen for at least one second, it counts as a viewed impression. Yahoo’s viewability product, which has been accredited by the council, is using the standard to count viewed impressions – called Prime View.

Only advertisers who buy their ads directly from Yahoo’s sales teams for U.S. campaigns will be able to purchase view-guaranteed ads. And those advertisers will be limited by what inventory Yahoo is making available for these viewable impression-only deals.

Right now Prime View only works on Yahoo sites’ premium desktop ads served in the U.S. Prime View will not apply to ads served on Yahoo’s smartphone or tablet properties, even though CEO Marissa Mayer recently said that Yahoo’s mobile traffic will soon outnumber its desktop visitors. It will also not apply to third-party sites that use Yahoo’s ad technology to sell ads.

By comparison, the viewability product Google introduced two years ago works across the more than 2 million sites in its display network and does not require an advertiser to purchase the ads on a reserved, or upfront, basis.

By not transitioning all of its inventory to viewable-only impressions, Yahoo may be protecting its display advertising revenue.

But viewable impressions are presumably more desirable to advertisers and might bring more potential clients to the table. Yahoo’s view-guaranteed impressions will also cost more than standard impressions.

Advertisers can choose to not buy the view-guaranteed impressions and stick to rolling the dice on buys using standard impression counts.