Arizona Palliative Home Care started a new program within the Hospital “Hospice of the Valley.” The program takes care of seriously ill patients to improve their quality of life. Going in and out of the hospital for these patients are both difficult and expensive..

Because of this, Arizona Palliative has utilized technology from Avizia, a telemedicine company with a video chat system for easy communication with doctors and patients. A lot of these patients have cancer or dementia, and they’re using the technology to talk to patients about next steps for treatment – whether they want to undergo chemo if it means living for four more months. The platform also includes organizational software. The software, called Workflow, is a virtual waiting room. A doctor on call gets a private text by the Workflow operator, and if the doctor doesn’t respond in five minutes, the patient goes to the next doctor on call. 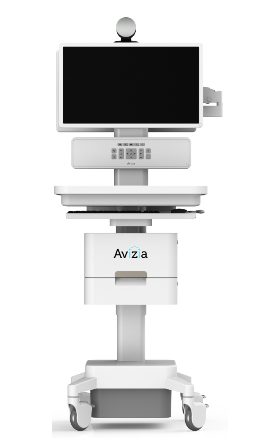 Before the company used the video chat feature, doctors would be able to see 3-4 patients a day, now they are seeing 6-8 patients, doubling their rate.

Why it’s hot: We’ve seen video chatting already on the Walgreen App as well as Google chat, but a cart such as this could standardize talking with a doctor 24/7 around the world. People who are actually sick dread going to the doctor’s office. This could be seen as a solution to get people in and out quicker without even having to leave the house. Technology is ever-changing, and we’ve been seeing the trend of on-demand is taking over. Will we see the trend next at maybe the DMV? 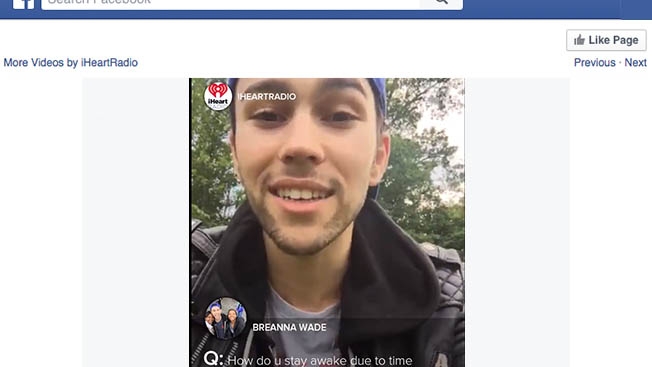 Media brands were quick to adopt video apps Periscope and Meerkat to broadcast live streams, and now Facebook marketers want in on that action.

Social platform BumeBox started hosting live Facebook chats for brands like VH1 and Discovery Channel back in October, as an alternative to the Twitter Q&As that brands typically organize. For example, Sony Masterworks set up a real-time chat on Facebook to promote a new album from artist Jackie Evancho last fall.

Now, MTV and iHeartRadio are plugging video into those virtual meet and greets.

Late Thursday afternoon, MTV set up a Facebook chat with Teen Mom 2 star Kailyn Lowry to talk about her show. And last week, iHeartRadio ran a Facebook Q&A with YouTube singer Max Schneider. He responded to eight questions from fans in one hour

It’s all part of Facebook’s plan to turn the site into a video platform for brands, publishers and creators. Clips are uploaded straight to Facebook through BumeBox’s platform with a branded logo at the top of the screen, similar to what Periscope streams look like.

The social videos aren’t technically streamed since they are uploaded, but the idea is to crank out responses through clips quickly, similar to how brands use Periscope and Meerkat to answer questions in real time.

Unlike Meerkat or Periscope, though, the videos are saved and posted to brands’ pages, which Chris Williams, iHeartRadio’s chief product officer, said is a major differentiator.

“What BumeBox allows us to do is start a conversation with the fans in our Facebook feed hours or days in advance, set the appointment to connect, and by the time the artist joins in, we have built anticipation and curated the best content for a compelling conversation,” he said. “Because of the way the video is published within the chain of conversation, it gives even greater opportunity for the interaction to be shared by fans pre-event, during, and post-event.”