We’re spoiled in the US. We get to drink premium coffee from the best farms in the world, and at a reasonable price. But many of the farm-workers involved in actually making that cortado a reality generally aren’t compensated equitably.

Some people would be willing to pay more for coffee if they knew that increase was going to support the workers who need and deserve it, but making that change through the traditional economy of producers, distributors, wholesalers, and retailers is extremely difficult. Even direct-trade coffee partnerships are subject to the demands of the global coffee industry, which must feed a voracious worldwide caffeine habit.

Propina is trying to side-step the traditional model of farm-worker compensation by allowing people to support farm-workers by making a direct contribution to a farm-worker’s pension fund when they’re at the till of their favorite coffee shop. In-shop videos like the one above drive awareness while patrons wait in line to make their order. Additionally, similar to the Patreon model, patrons can become recurring contributors and get updates from the farm. 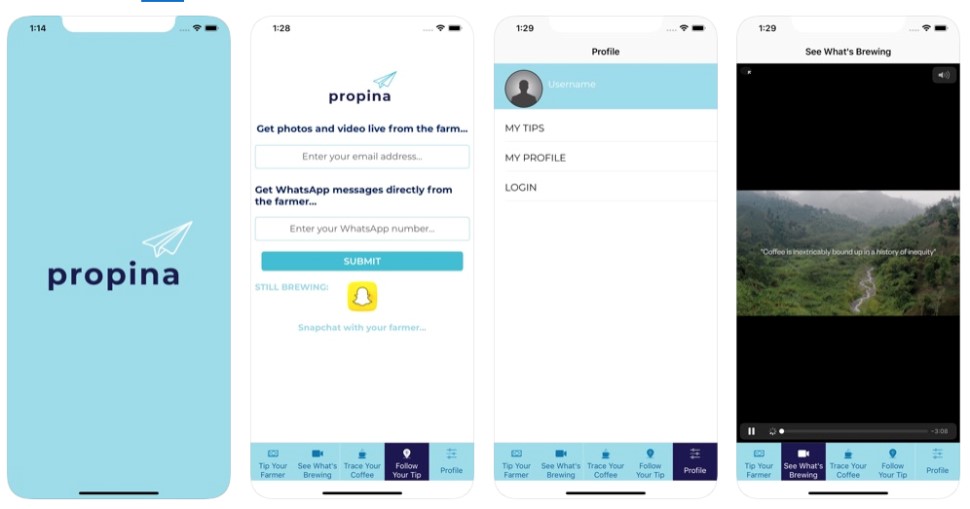 1. Using technology to bridge the gap from producer to consumer empowers money-havers to give to a cause they believe in.

2. Technology shrinking the world, making something global feel like more of a local connection.

3. We may see more of these “capitalism hacks” that attempt to use technology to circumvent systemic inequalities that otherwise seem insurmountable.

Why it’s not hot

1. Like the US server-tipping model, this idea could potentially drive down guaranteed wages for farm workers if employers see them gaining any amount of significant external compensation. In a sense, this idea only works well if it remains an insignificant portion of a farm workers livelihood.

2. This model relies on the generosity of the globally wealthy to “support” poor farm workers, instead of creating systems of equitable exchange that account for the needs of all stakeholders. Admittedly, the latter is a much more difficult challenge.