Spotify’s latest addition to curated personalized playlists is meant to aid people who are utilizing the platform for self-care as part of their new routines. Daily Wellness is a combination of songs and short-form podcast episodes that are refreshed twice a day — to ease you into the morning and wind-down at the end of the night. 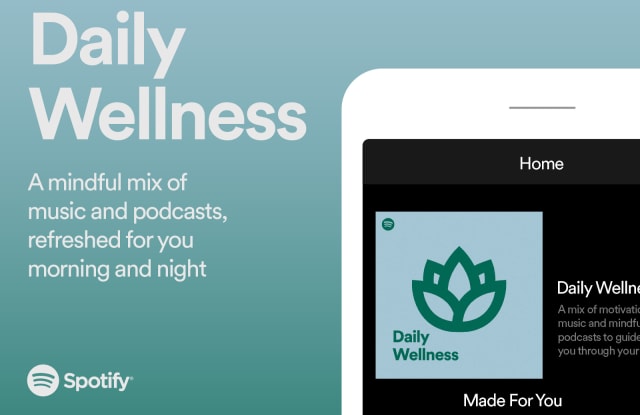 As with their other “Made For You” playlists, the selection each user sees is based on their listening activity. Spotify also added tracks in between that explain what you’re about to hear, for example, “up next, a few songs for you,” and “now let’s take a break to hear some talk.” This way, the playlist truly feels like an interconnected experience meant to be listened to in order from start to finish to help you cultivate a new routine.

Aside from the rising need for wellness practices, Spotify may have been responding to how users are using the platform differently at this time. They noticed a change in people’s listening habits now that there is no commuting to and from work, noting that looking at the data, “every day looks like the weekend.” There was a decline in listening to longform podcasts in the mornings. They are seeing an uptick in streaming from TVs and game consoles and less from cars and wearables.

For listeners, Daily Wellness is a smart use of personalized content to provide value in an organic way. For Spotify, it’s a good way to become part of their users’ new work from home routines.

Spotify can now generate playlists for your pets, with a new tool that claims to customize mixtapes to a critters’ species and personality traits.

The music-streaming service announced the feature Wednesday, noting that 71 percent of pet owners already play music for their pets.

The “Pet Playlists” tool allows users to choose between dog, cat, iguana, hamster and bird, then tell the platform how energetic or friendly their animal is to help Spotify “pick the playlist vibe,” the company says.

For instance, a playlist curated for a relaxed, curious and shy cat spits out 30 tracks including The Cure’s “All Cats Are Grey” and “Never Run Away” by lo-fi singer-songwriter Kurt Vile.

Spotify has also launched a podcast called “My Dog’s Favorite Podcast” that’s meant to soothe pups when their owners leave the house.

Another example of appeal to people’s expanded passions, especially pet owners. Amazon has embraced it with pet profiles, and innovation in the category continues to grow. 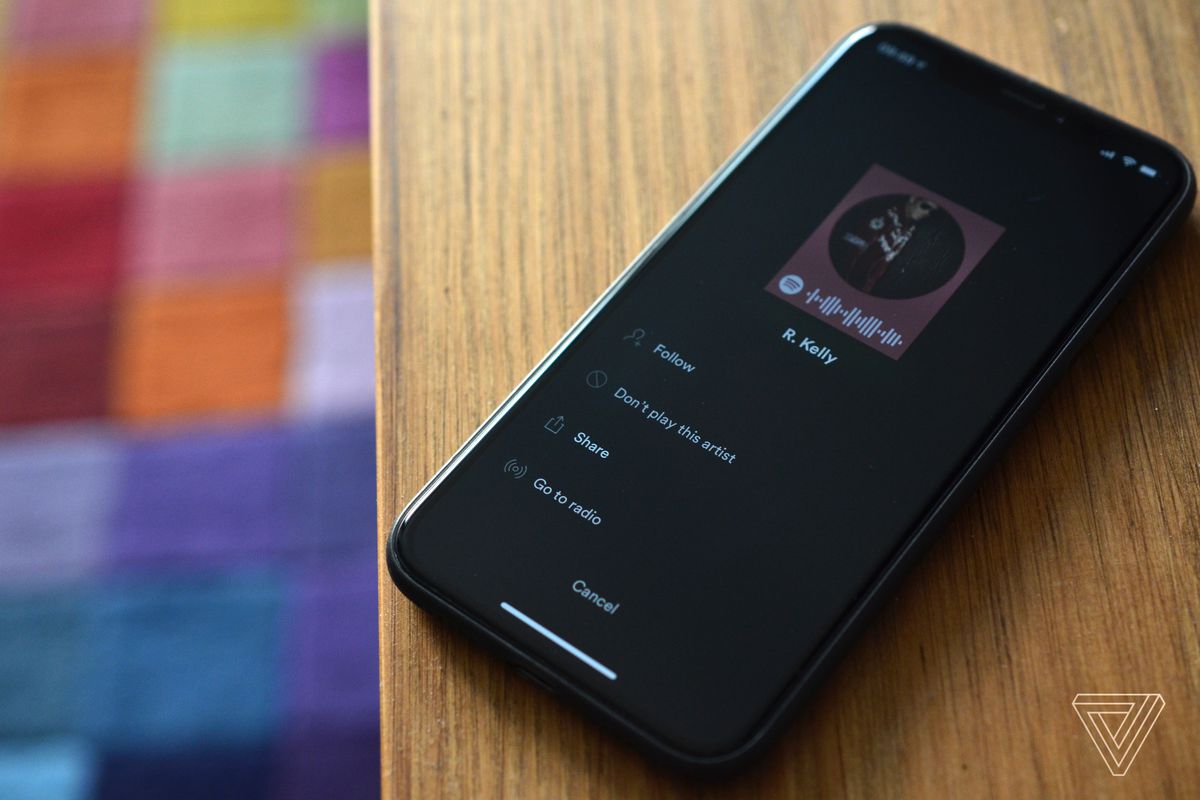 On January 3, an explosive documentary called “Surviving R. Kelly” was released on Lifetime. The six-part series resurfaced decades of abuse allegations against the popular R&B singer and within a weekend, the social media campaign #MuteRKelly was a top trending topic.

But as tweets and Op-Eds put pressure on R. Kelly’s music label to drop him and for police to investigate him, streams of the artist increased 116% after the doc aired.

Streaming services have been caught in the crossfire when problematic artists are allowed to still benefit financially from their art.  Spotify tried and failed to remove R. Kelly from the streaming platform back in 2018 when a Buzzfeed article leveled serious allegations against the singer.  The backlash was swift and Spotify was forced to re-instate Kelly’s catalogue when powerful artists like Kendrick Lamar rallied around the singer.

In the wake of a crop of new allegations and new investigations, what is the responsibility of a music streaming service when an artist becomes problematic?

Spotify’s solution this time, gives the ultimate veto power to its users.

Spotify is about to launch a feature within the app that will allow users to mute artists they don’t wan to hear on the platform.  The feature is currently being tested in the latest iOS version of the app.  The feature will allow a user to block an entire artist from playing.  That means content from a blocked artist will never play from a library, playlist, chart list or even a radio station.  Currently the block feature only works for content by an individual artist, but doesn’t apply to tracks that are collaborations that might feature that artist.

Why Its Hot: In the social media age, a trending hashtag is all it takes to put pressure on brands and businesses.  And increasingly, brands are being asked to use their power to right wrongs, be that removing an ad from a controversial news program as in the case of Fox News host Tucker Carlson, or to remove controversial artists from their platforms.  This solution, if it takes off, may be a way for streaming services to side step having to take a public stand, but in the end give its users the final say over who they want to block…and #Mute.

If you thought Americans were the only ones enjoying the heat the dark heart of summer brings, it’s also been particularly warm across the Atlantic in London. So, the London charity Water Aid created this Spotify playlist – “Four Minute Shower Hits” to help the water companies urge Londoners to conserve water during this time. It’s not just a clever name, and all songs are four minutes or slightly less, to help people do their part during the heat wave.

To accomplish their goal, the UK water companies could have created a much more straightforward and forgettable PSA type ad. Instead, they made something useful, functional, and fun.