The Greta Thunberg helpline: for adults angry at a child. A smart way to comment on the madness.

Hang in there! Help is available. https://t.co/aenieXxVut

Why it’s hot: Social impact work doesn’t need to be earnest. Comedic elements can work if they honor the intent of the organization and message.

Like this satirical video game from the Brady Center to Prevent Gun Violence. Players are U.S. representatives trying to avoid pressure from the gun lobby. If they make it to the Capital to sign gun legislation, they receive a message: “Congratulations! You did your job. Now send this game to a member of Congress and tell them to do theirs.”

Taking aim at elected officials who placed part of the blame on the “glorification of violence” (like video games) in society following recent mass shootings, the game proposes that if violent video games can cause gun violence, then a video game can also end gun violence.

After getting people out of parking fines, Joshua Browder’s chat bot lawyer, DoNotPay, is now helping refugees find a home in a new country.

Browder has adapted the AI to offer aid to asylum seekers in the US and Canada, and asylum support in the UK. He worked with lawyers in each country, as well as speaking to asylum seekers whose applications have been successful. 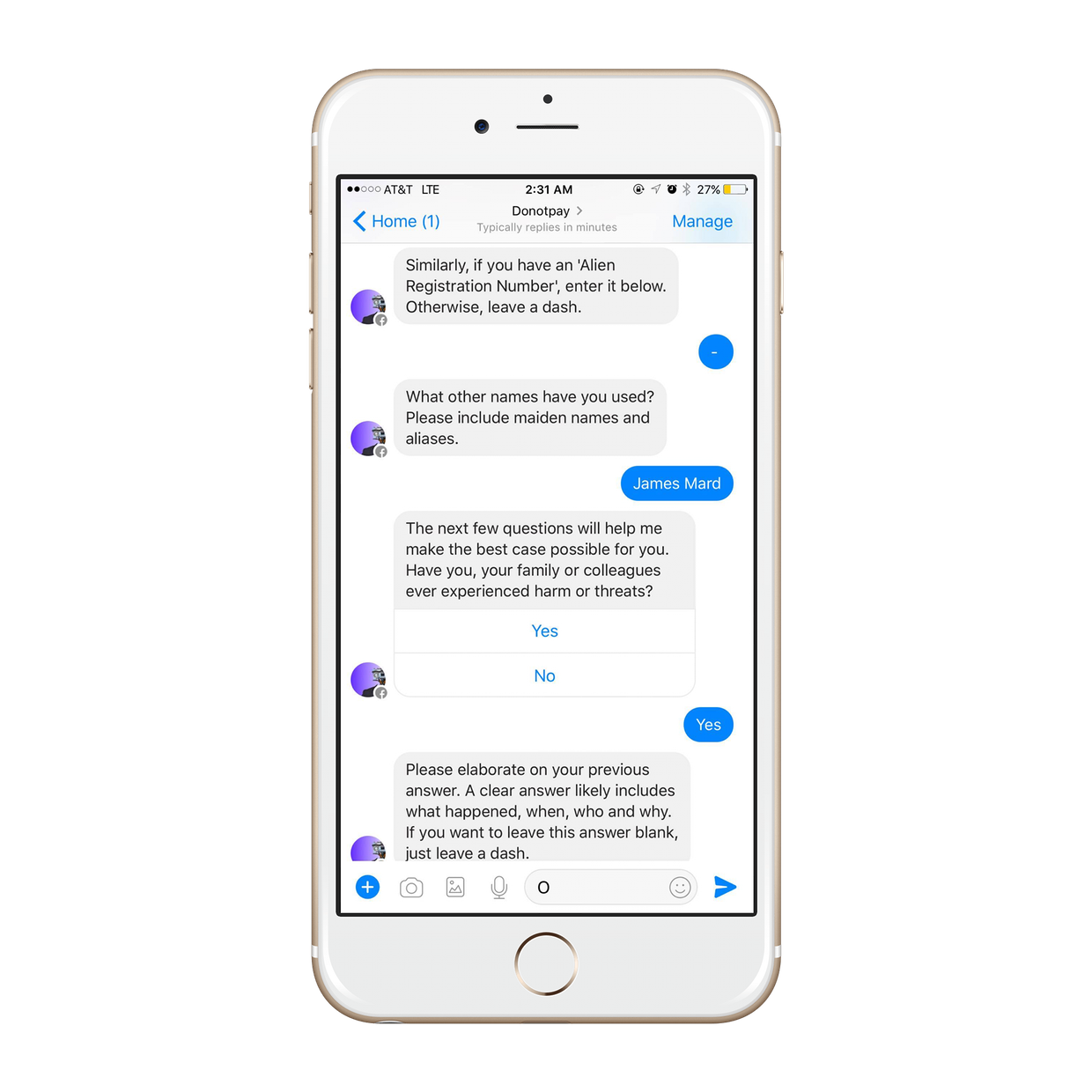 The 20-year-old chose Facebook Messenger as a home for the latest incarnation of his robot lawyer because of accessibility. “It works with almost every device, making it accessible to over a billion people,” he said.

Why It’s Hot
Using technology to help to over a billion people in need – especially in a charged political climate – is hot, no explanation needed.