Fast Company: Louis Vuitton Moet Hennessy (LVMH), the conglomerate that owns many of the world’s best-known luxury brands, has just invested in a startup called Madhappy.

Madhappy Cofounder Peiman Raf says that the brand is on a mission to make the world a more optimistic place by creating conversations around mental health.

Madhappy is not the first “optimistic lifestyle brand” promoting mental health awareness, (Life Is Good has done very well promoting optimism) so why is LVMH investing in Madhappy, and why now?

Life Is Good is genuine, but not cool. Madhappy is cool, and embedded in a sense of coolness is a sense of exclusivity, regardless of how much Madhappy’s cofounder talks about wanting the brand to be inclusive: “Growing up, we found that many streetwear labels seemed to be very exclusive, and we wanted to create a brand that was the opposite of that,” he says.

Irony alert: Coolness is about being in the in-crowd, but to have an in-crowd requires there to be outsiders. The coolness of Madhappy plays right into the social anxieties at the foundation of the mental health problems it claims to want to solve.

1. This trend of brands aligning themselves with social issues speaks to our ongoing negotiation on the role we want brands to play in our lives. (See this week’s Lululemon post) If talking about mental health is cool, will more people get the help they need?

2. It seems the mental-health meme has reached a critical-enough mass in pop culture to be deemed profitable as a brand identity for a streetwear company. How much money from its $70 t-shirt sales Madhappy might dedicate to mental health initiatives remains to be seen.

3. How much of its target market’s mental health problems are a result of the culture that creates the conditions on which a Madhappy can thrive? 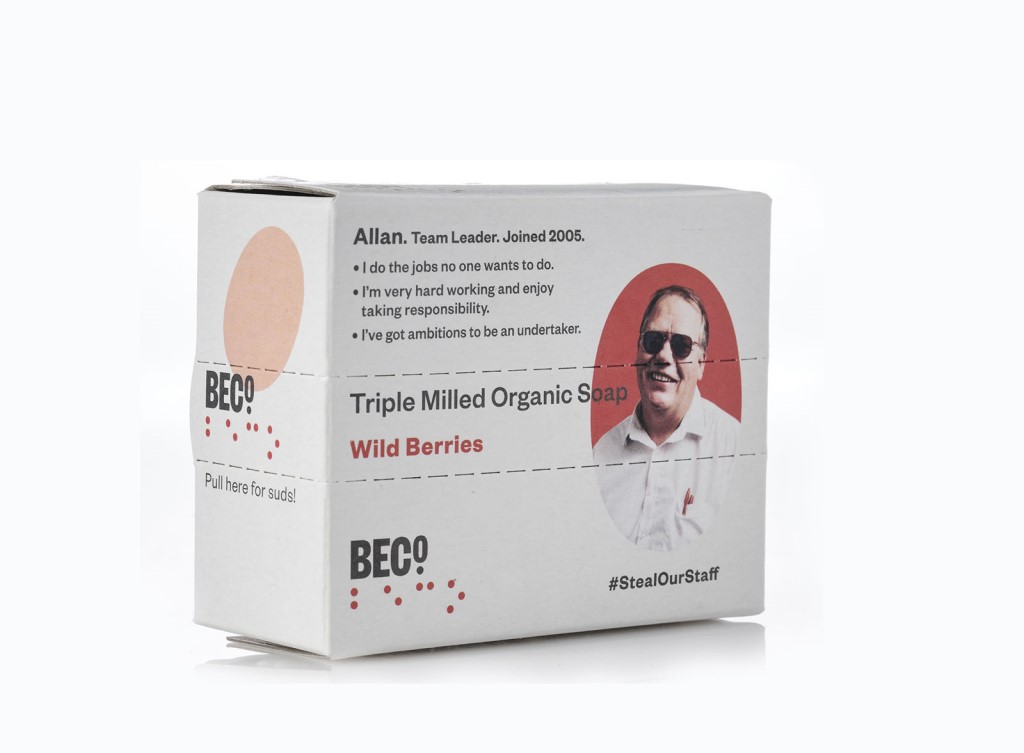 Around 80% of BECỌ employees are either visually impaired or physically disadvantaged. However, according to the brand, 1.1 million disabled people are still struggling to find work in the UK.

To address this problem and incite change, BECỌ created the campaign #StealOurStaff that launched earlier this month. The brand turned the packaging of its soap products into resumes. Each soap box and label showcases the name, job role, skills and headshot of one of its employees accompanied with the hashtag #StealOurStaff. The products are currently available for purchase in Boots, Sainsbury’s and Waitrose – three major UK retailers.

BECỌ also also wrote an open letter that challenged employers to take a stand and change attitudes about hiring people with disabilities.

To promote the campaign, BECỌ created a video featuring its employees talking about their jobs. The video humorously lampooned traditional TV audio descriptions in ads.

This campaign is a win for the brand on all fronts: they’re able to sell product while touting their company’s core belief (plus, customers get to feel good by supporting them and buying). At a time when brands are trying to show customers they care, BECO is doing more than just talking about social good – social good is build into the fiber of their company. 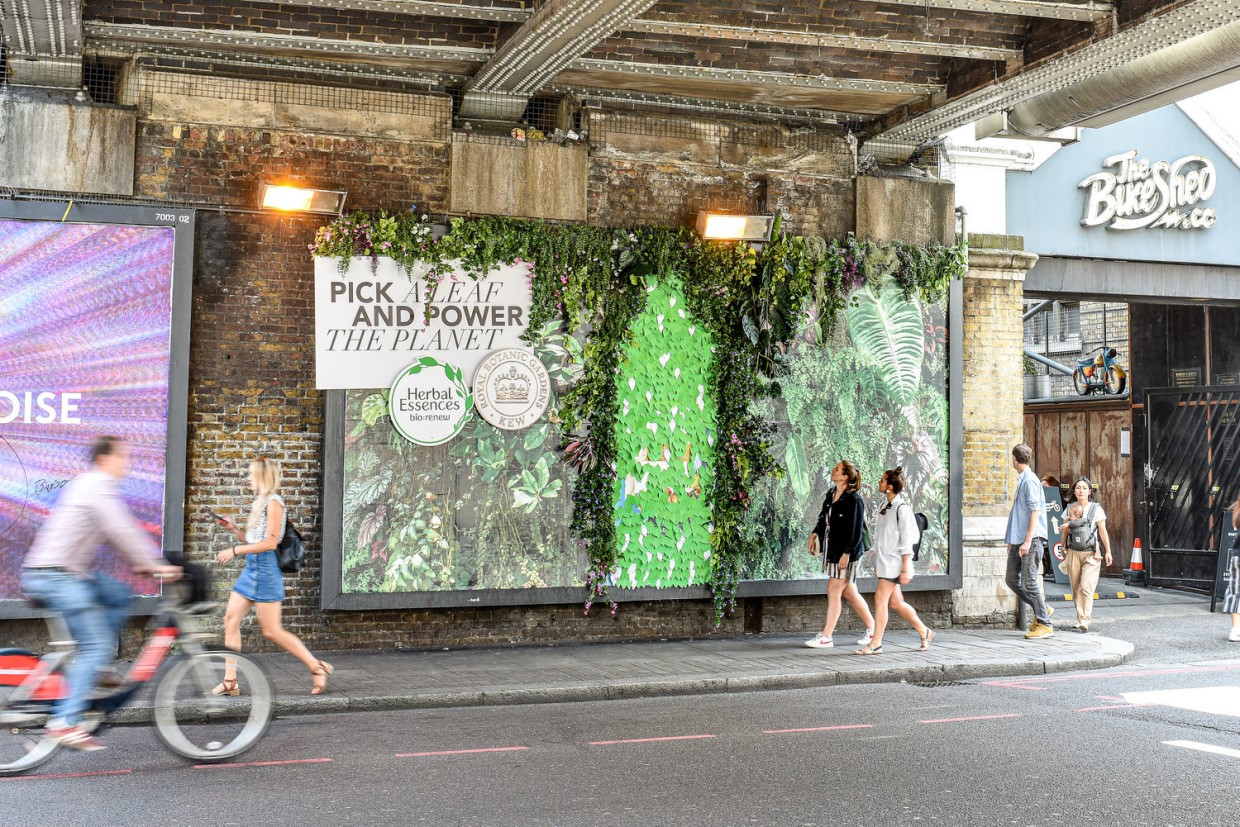 Working with the Royal Botanic Gardens (the UK “authority on plant science”), Herbal Essences recently created “billboards” featuring leaves you could pull off, that contained wildflower seeds you could plant at home. The idea was to grow more wildflowers to nurture London’s endangered butterfly community, since butterflies are “major pollinators”, like bees.

It’s such a simple way to build meaningful relationships. Going beyond just being an ad, it gives something tangible to each person, with an end benefit that helps all Londoners (and really the world) at large. And it’s something anyone passing by can experience, giving it the kind of real-world effect few “ads” ever truly have.

“#DONATE is new and exciting technology that lets your supporters donate to you directly through social media platforms like Twitter. #DONATE finally removes the barriers of giving through social so you can monetise your social following for the first time.”- Good Agency 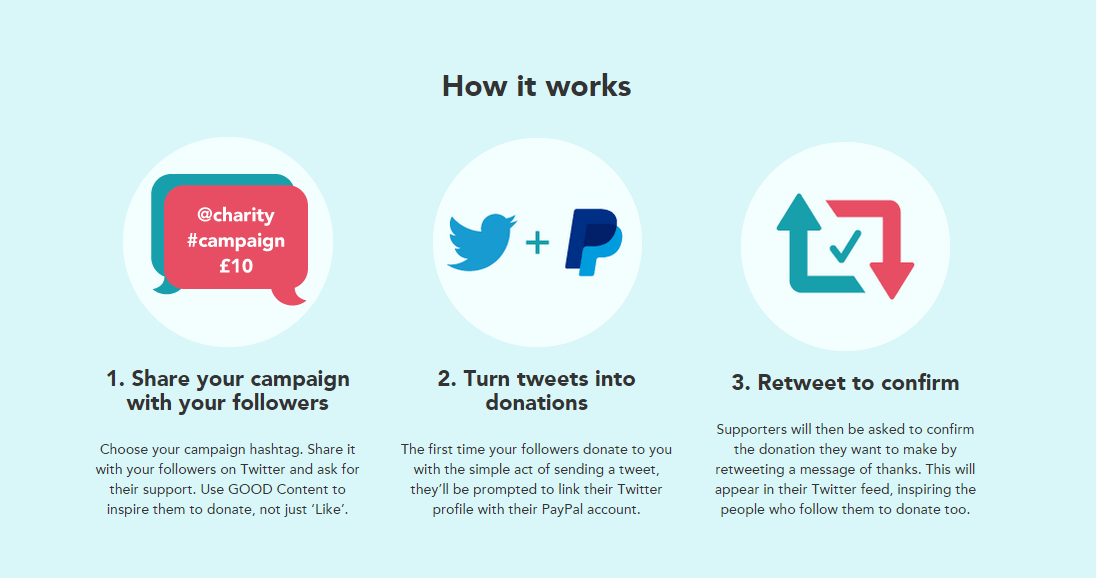 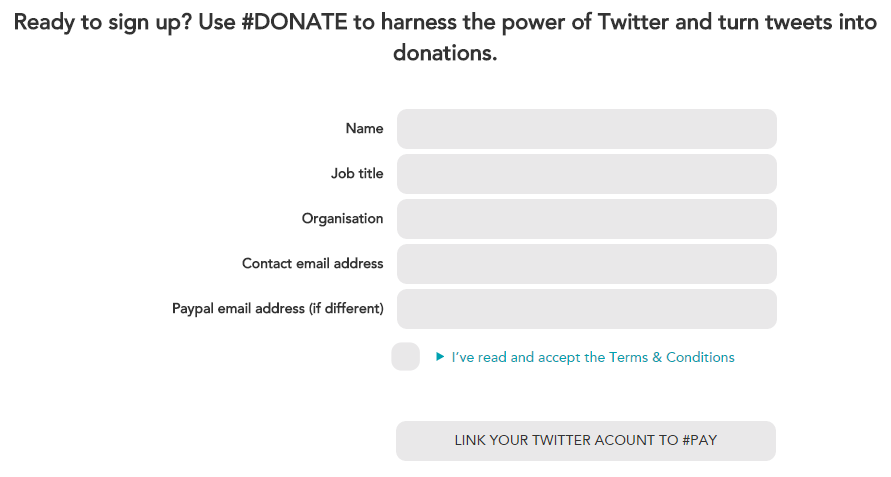 In the poverty-ridden city of Philadelphia, Rosa’s Fresh Pizza has become a kind of haven for the hungry homeless with their Post-It notes system. Patrons of the restaurant can pre-purchase a dollar slice for the homeless, represented by a Post-It note pressed on the wall.

Why It’s Hot: There is increasing emphasis especially among Millenials for social good, and this shop represents a successful business case through an innovative new economy. The owner revealed that the pre-purchase system makes up for about 10% of his business.