Burger King’s latest attack on McDonald’s is tapping into the upcoming release of the IT prequel with its new Escape the Clown campaign, an interactive campaign that targets McDonald’s customers in Germany using AR and geo-tagging. Playing on popular culture, Burger King successfully stole its rival’s customers at point of sale (kind of a big deal) and drove app downloads.

Burger King placed an AR-enabled advertisement in a film-themed magazine found in McDonald’s restaurants. Customers were prompted to download the BK app in order to scan the advertisement and access an Escape the Clown coupon for a one cent Whopper at the nearest Burger King. The app gave directions to the nearest restaurant and a countdown began, encouraging customers to leave McDonald’s restaurants (and escape the clown) immediately.

Burger King also used geo-targeting to invite McDonald’s customers to seek out the magazine and scan the app in targeted ads on Facebook and Twitter.

Why it’s hot:
While not a new tactic for Burger King, in fact, it’s become a bit expected, by targeting customers who are already in McDonald’s restaurants, this campaign reaches its audience at the point of purchase, which in this category would’ve been an all-is-lost moment. Burger King also gamified a discount by positioning it as a challenge (get to the nearest Burger King before the countdown times out), which added an element of urgency and excitement to the offer. Not to mention that the many app downloads it generated are now also a new data source to help inform the King of other opportunities to conquest its rival. 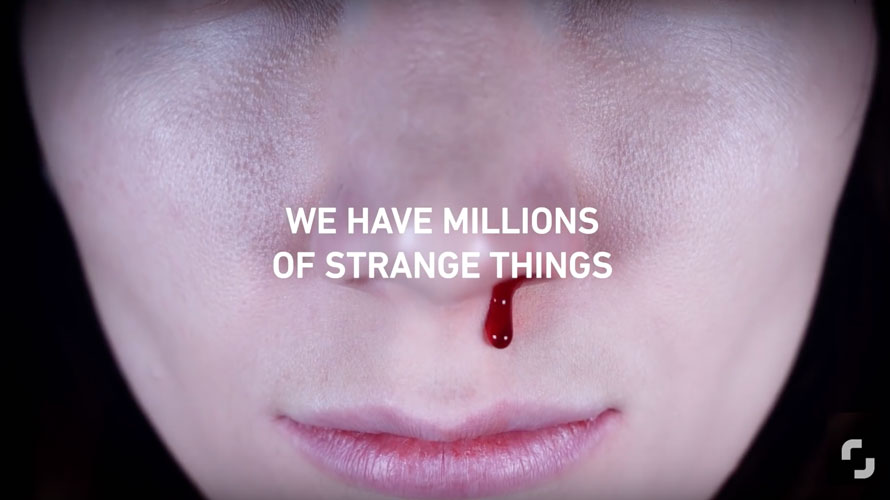 In preparation for the July 4 release of Netflix’s Stranger Things 3, Shutterstock has gotten in on the world of the Upside Down by releasing its own version made entirely of Shutterstock stock footage.

If you’re eagerly awaiting the July 4 debut of Stranger Things’ third season—dubbed Stranger Things 3—on Netflix, Shutterstock is hoping it can quench your thirst with a version of its own, made entirely from stock footage.

The stock-footage company’s new campaign, Strange Things, intended to parody the science-fiction horror aesthetic that’s made Stranger Things a pop-culture phenomenon and the recipient of dozens of awards nominations.

“Enjoy binge watching strange things?” the ad for Shutterstock reads as an ominous synth plays. “Well, you’re in luck. We have millions of strange things. Like 80’s things, shady things, upside down things—and even stranger things.”

Save for the iconic cast of the show, the video—made entirely from Shutterstock’s own assets—points to the breadth of the company’s stock-footage library.

IBM and the U.S. Open teamed up together for last year’s summer tournament to bring an interesting twist to what is often thought of as an older sport. IBM’s data team partnered with James Murphy of LCD Soundsystem fame to translate the raw data that IBM collects during matches into listenable music. The raw data that is collected passes through an algorithm that James and his collaborators created that eventually spits out something that is pleasing to the ear. Some tweaks are then made by James and tracks are created.

We often hear the buzzword of Big Data being thrown around constantly but have many different ways of interpreting its definition. Some may say it’s for optimizing experiences, uncovering insights, or seeing patterns that we normally would not have been able to uncover. In this case, the data is actually used as a medium to create art with. There are tons of ways to think about and use data, this just happens to be one of the more creative and sonically appealing.