Ikea and Pizza Hut have teamed up to create furniture inspired by the tiny white “pizza saver” table that sits in every pizza box. And of course, the tabletop perfectly fits a pizza box. 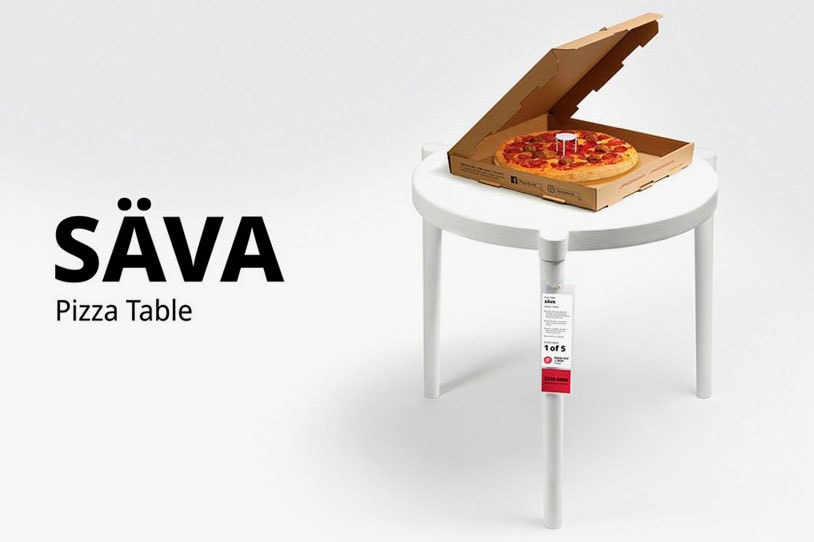 Each table arrives in a humorous package that resembles a pizza box and, like other products, comes with details on how to assemble the product. IKEA illustrates a step-by-step process on unpacking the different parts, assembling the legs, calling Pizza Hut, receiving the pizza and placing it on the perfectly-sized table. 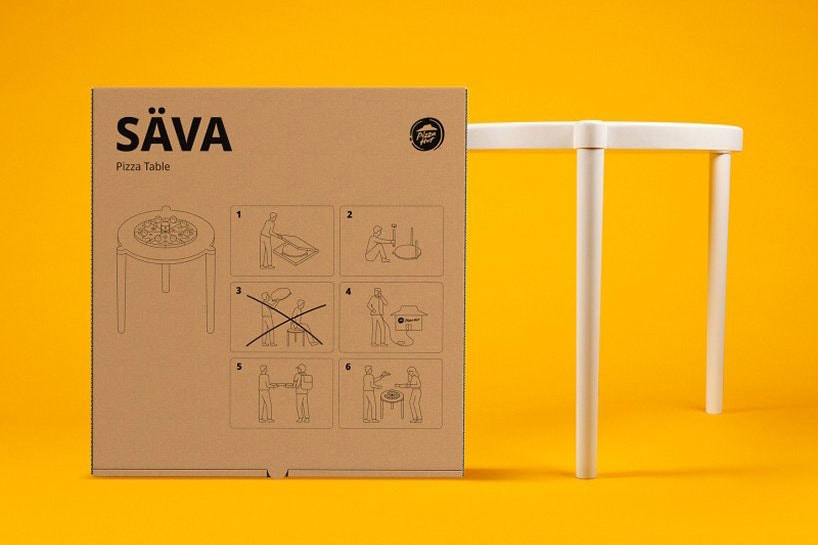 The unexpected collaboration is a fun way to generate buzz around a basic white table and cross-promote both brands.

Quick thinking by a Florida mother helped her and her children escape a potentially deadly hostage situation by an unlikely communication device: her Pizza Hut mobile app.

After being taken hostage at knifepoint by her boyfriend Ethan Nickerson, things were looking bleak for Cheryl Treadway and her two children. But while being held in Nickerson’s home, Treadway managed to convince her captor to return her cell phone so that she could order a pizza for her children.

In that moment, Treadway ordered a small pepperoni pizza and included the notes, “Please help. Get 911 to me,” and, “911hostage help!” The local Pizza Hut recognized her as a frequent customer and flagged the comments, contacting local police. 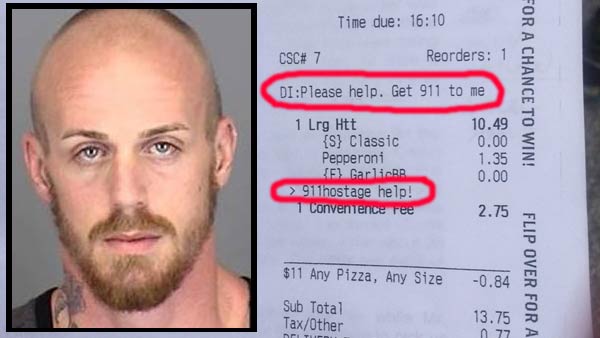 When police arrived on scene, they had to talk Nickerson out of the house, but after a 20-minute standoff, he surrendered peacefully. Treadway and the children are unharmed, thanks to Treadway’s smart use of a pizza delivery app. “We’ve never seen that before,” said Pizza Hut manager Candy Hamilton. “I’ve been here 28 years and never, never seen nothing like that come through.”

When Pizza Hut created its mobile app, odds are they didn’t think its code could do much more than order pizzas let alone save someone’s life. But with the proliferation of mobile technology like apps, even a pizza ordering service can be a communication vehicle. Thankfully this Pizza Hut was staffed by employees who took the comments seriously, and were able to play a role in saving the Treadway family’s lives.

Via Popular Mechanics and WFLA