As part of a skit for the Late Late Show, the cast of Thor put on a high-school play version of the movie at a theater to a surprised audience.

P.S. The team at Looking Glass Factor wants to thank everyone that came by to check out the demo they showed us on Tuesday. We’re all invited to the launch party on Tuesday in Greenpoint which sounds like it has a bunch of other fun things to play with. RSVP on Facebook here: https://www.facebook.com/events/1548171508552285/

Disney is using new deep learning software to analyze movie-goers’ facial expressions and gauge how much they’re enjoying a film.

The innovation within the new system is an algorithm that Disney and Caltech call factorised variational autoencoders (FVAEs), which use deep learning technology to automatically turn facial expressions into numerical data, and is able to incorporate metadata.

Combining the FVAE algorithm with infrared cameras, Disney can analyse the facial expressions of moviegoers in a cinema as they react to what they’re being shown on screen. With enough information, the new technology can even predict how an audience member will react to upcoming scenes after just 10 minutes of observation. 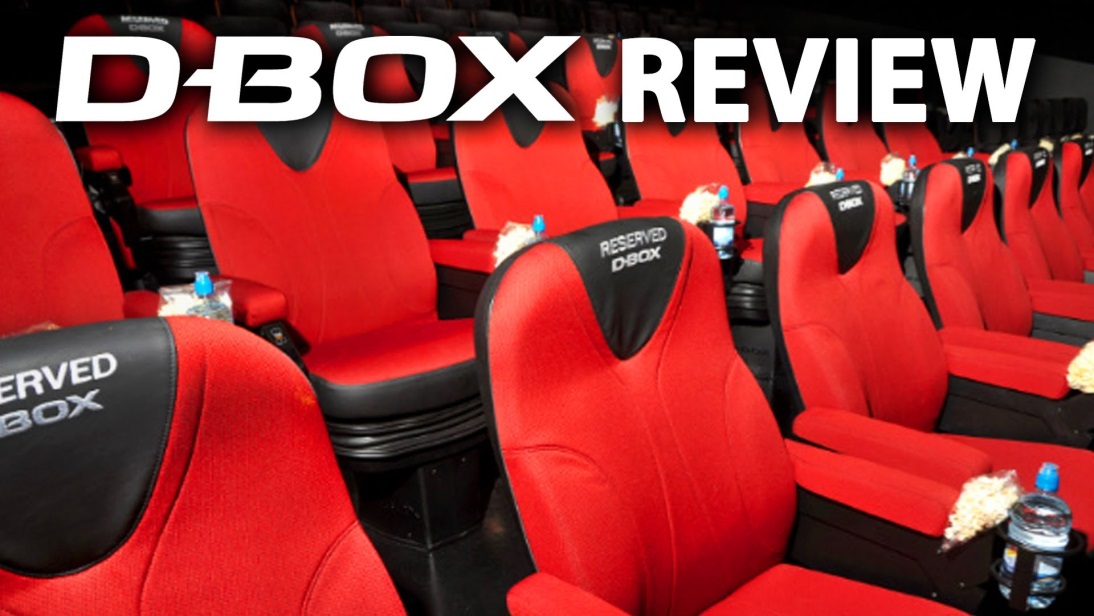 D Box movie theatre seats will introduce a new experience to moviegoers: immersive action. Audiences will be able to not only hear and see the action on screen, but feel it.

Founded in 1998, D-BOX Technologies Inc. designs, manufactures and commercializes leading-edge motion systems mainly suited for the entertainment and simulation industries. With its unique, patented technology, D-BOX Motion Code, motion effects are specifically programmed for each visual content and sent to a motion generating system integrated with either a platform or a seat. The resulting motion is perfectly synchronized with all onscreen content, creating an unmatched realistic, immersive experience.

This kind of technology is not new – we can get this sort of 4-D virtual experience at a lot of amusement parks and arcades. But these D-Box seats are taking a huge step forward; they’re introducing this new, innovative technology into every-day life.

The brand worked with Google and its digital agency, Vitro, to create immersive video promos for Red Robin’s Terminator Genisys campaign, which also includes TV spots and signage in the company’s restaurants. The ads let viewers see Red Robin pitchwoman “Melanie” as a Terminator character would. They can use their smartphones to add another digital layer to the experience or watch on their desktops for a simpler view.

Check out the demo below and experience the banner yourself here.

It’s rare that brands step outside of the box when it comes to their banner ads so anything that leverages new technology or creates an immersive experience to grab users attention should be shared.

For another noteworthy Terminator promo, check out my post from last week.

Mover Siri, here comes Ahh-nold.
For the next three weeks, drivers who use the navigation device Waze can get directions from the voice of the Terminator. They won’t be able to find their way to Mars—after all, this is a cross-promotion for the upcoming Terminator Genisys, not for 1990’s Total Recall—but they will be able to navigate cities, suburbs and the country to the robotic monotones of Arnold Schwarzenegger’s most memorable character.

This partnership is such a unique and interactive way to promote a movie- once the new movie opens, red-eye Endoskulls will also appear in your Waze app to guide you to nearby movie theaters. Plus this also allows Arnold Schwarzenegger to fulfill a common request from his fans. “Every single day on social media fans ask me to record my movie lines,” the actor said, in a statement. “So, now I get to bring this classic role and my charming Austrian accent into their cars.”

For the upcoming movie Taken 3, starring Liam Neeson, the movie studies are embracing LinkedIn to lead a contest which will result in one lucky person winning a video endorsement by Liam Neeson that will speak to their skills and live on their LinkedIn page.

Why It’s Hot | Movies focusing on social media promotions leading up to their release is completely normal and expected nowadays. Twitter, Facebook, Instagram, and tumblr have all had their fair share of campaigns for hot new releases. What’s not expected is a movie using LinkedIn for a social media campaign. This is a great example of  media utilizing the organic popularity their movie gains – fans love the “particular set of skills” line, so the movie focused on just that for their big social media integration. That being said, it’s yet to be seen if the movie’s fans are active on LinkedIn and will engage with this effort.

After earning viral success for his music video a year ago, musician and filmmaker Ilya Naishuller has created a new film that takes POV filming techniques to a new level.

Dubbed “Hardcore,” the film is touted as the world’s first full-POV action movie, meaning as the viewer you are experiencing the cinematic world from a complete 1st-person perspective… as if you are inside the body of the hero. “Hardcore” was filmed entirely using GoPro cameras and features an international cast.

Watching the sneak-peek below (begins at the 4-minute mark), you find the experience like a “live” action video game.

“Hardcore” may not be the best movie ever made, but that’s not why we’re talking about it. “Hardcore” shows that filmmakers, creatives and advertisers need to rethink how we tell brand stories and communicate product experiences. Technology has already created platforms that enable first-person experiences. Marketing needs to become more about experiencing the world around a product, not just a gimmicky way of seeing the product itself. 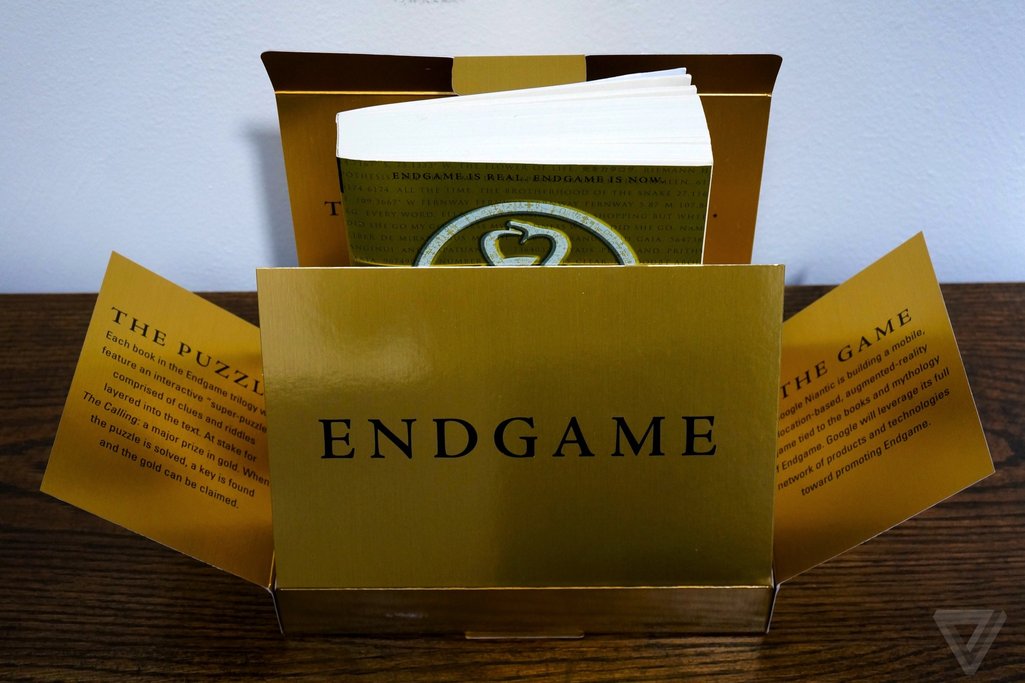 Author James Frey released his latest novel, Endgame, on October 7th. It holds an elaborate code, directing readers towards a key hidden somewhere in the real world. That key will open a case containing a half million dollars in gold. This is the premise of Endgame, which is not so much a book as a grand attempt at a story that will span across every piece of conceivable media. The author has teamed up with some of the largest names in media (Google, Fox, Harper Collins) to tell a multi-platform story that incorporates books, movies, social media, TV, mobile, online video, search, image results and online virtual worlds.

In the words of Author James Frey: “It was conceived as a project that would exist across multiple platforms, and that the story would be told in books, novellas, games, film, and TV. [We also knew it] would have a social media presence, and exist in places – such as search results and mapping coordinates and YouTube – that aren’t traditionally mediums for storytelling and writing.”

As the worlds of media continue to collide and people’s expectations evolve to become channel agnostic, stories no longer have to remain silo’d to specific types of media. Stories can now be merged across a tapestry of interwoven pieces of media and technology. Each of which can tell pieces of the story which are unique to that medium but are only parts that make up a complete, multi-faceted story experience. Being everywhere all the time used to be an impossible task to accomplish, but these days technology is capable of doing it and in this case, inviting people to be apart of the much larger picture.

This week, I came across two interesting stories, that both are grounded in new ways to distribute content and insights about your audience.

1. Adam Sandler has agreed to produce and star in four feature films that will be released exclusively on the Netflix. The deal is yet another effort by Netflix to bolster its content portfolio, and one that is expected to be a hit with users. Sandler is one of the few actors whose films consistently rank among the most viewed by subscribers, Netflix said.”His appeal spans across viewers of all ages — everybody has a favorite movie, everyone has a favorite line — not just in the U.S., but all over the world,” said Ted Sarandos, the company’s chief content officer.

2. Lions Gate and Stephenie Meyer, the creator of the vampires-and-werewolves “Twilight” saga, on Tuesday announced plans to select five aspiring female directors to make short films based on “Twilight” characters. The mini-movies, financed by Lions Gate and its production partners, will be shown exclusively on Facebook next year. “We think Facebook is a great way for us to introduce the world of ‘Twilight’ to a whole new audience while re-energizing existing fans,” Michael Burns, Lions Gate’s vice chairman, said in an interview. The effort reflects the manner in which Hollywood is maintaining its most valuable film properties between sequels and prequels and remakes. In the past, studios barely kept a pilot light lit, forcing marketing teams to constantly reactivate cold fan bases. Now the savviest studio marketers are using Facebook, Tumblr, YouTube and other online platforms to keep fans on a constant low boil.