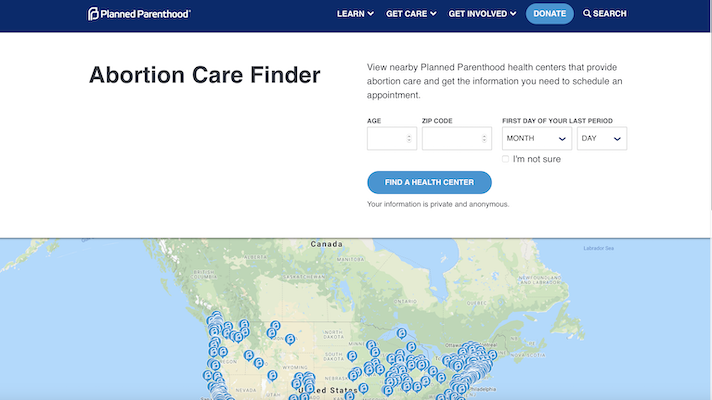 Planned Parenthood recently launched an Abortion Care Finder tool, which provides those seeking abortions with location-specific information relating to laws and regulations, nearby health centers and different medical options. It was designed in-house by Planned Parenthood’s Digital Products Lab after the team noticed an increase in searches on its website that were variants of “abortions near me.”

When a user inputs their age, location, and length of their pregnancy, the digital portal will allow them to locate the nearest Planned Parenthood clinic, and tell them whether in-clinic procedures or abortions via medication are available. The Care Finder will also update its information when states pass new laws.

If the nearest Planned Parenthood is more than 60 miles away, the tool refers users to a map created by the National Abortion Federation that includes independent providers. Though it offers more expansive results and describes abortion laws by state in greater detail, that organization’s map does not give customized results based on personal details or exact location.

The biggest barrier to creation was, and still is navigating the ever-changing state laws, which can be hard to parse. For example, in the first half of 2019 alone, states enacted 58 restrictive laws governing abortions.

Why it’s hot:
It’s simple. They built something based on need, not just because they wanted to ‘building something cool.’

Usually, completing a vision test for new glasses requires a trip to the optometrist and the glasses store.  Warby Parker, which started out as a try-before-you-buy mail-order eyeglasses company, is currently looking to use devices you already have in your home to help you get a new pair of glasses without having to drive to a doctor. If you have an expired vision prescription, you can use an iPhone, a computer and about 12 feet of space to find out if your vision has changed since your last exam. 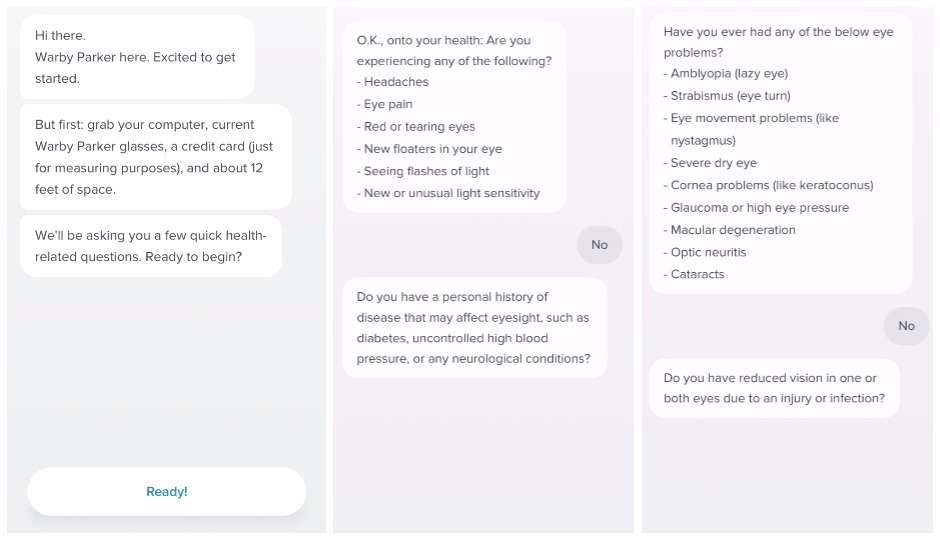 Warby Parker has been working on this technology since 2015, while other companies, like Smart Vision Labs, have found ways to use mobile phones for in-store eye exams in 2016. It is not a substitute for a comprehensive eye exam if your vision has changed since your last one, but those of us who just want to grab a new pair of frames based on a still-valid expired prescription can do so from the comfort of our own home.

According to an article from Access AI, HealthTap is introducing an artificial intelligence engine to triage cases automatically. Doctor A.I., is a personal AI-powered physician that provides patient with doctor recommended insights.

More than a billion people search the web for health information each year, with approximately 10 billion symptom related searches on Google alone. While many resources provide useful information, web search results can only provide content semantically related to symptoms. The new function from HealthTap aims to incorporate context and clinical expertise of doctors who have helped triage hundreds of millions of patients worldwide to provide the most effective course of treatment. Dr.A.I. uses HealthTap’s Health Operating System to analyse user’s current symptoms and cross checks this with the data provided from the personal health record they have created. Based on solutions that it has uncovered from its data, Dr.A.I. will tailor pathways ranging from suggesting the patient reads relevant doctor insights and content, to connecting the patient with a doctor for a live virtual consult, or from scheduling an in-person office visit with the right specialist, all the way to directing the patient to more urgent care, based on the patient’s symptoms and characteristics.

At first glance, the apps looks like WebMD. Patients input their symptoms using a visual interface and the app spits back a diagnosis. Where this app differs though in the level of personalized recommendations that follow the diagnosis.

Through our SENSE and Journey Mapping work across our pharma clients, we know that patients are consulting Dr. Google both before and after they are diagnosed with a condition and prescribed a treatment where they are exposed to virtually limitless information about the condition and drug they’ve been prescribed from all kinds of sources, whether they have clinical expertise or not. In some severe cases, this can even stop patients from filling that prescription and taking the drug do to fear of side effects, intimating costs of the drug/lack of coverage, anxiety around administering the drug and on top of all that, apprehension that this is the correct treatment for them. Dr. AI has the potential circumvent a lot of that behavior by providing clinical expertise about the condition using the same deductive approach as HCP’s in a patient-focused interface.

I think we can all agree that sugar is evil. Particularly in this country, sugar consumption has become a major source of serious weight and health issues plaguing many. And as our esteemed colleagues Karan and Liz shared with me yesterday, apparently even when you try other sweeteners to avoid it, the alternative is cancer. So, how can we get our sweet fix without risking some massive health related life event?

Rest easy, because based on University of Oxford research, Xin Cafe in China has created “Sonic Sweetener”. According to science, listening to certain sounds makes our brain think what we’re consuming is sweeter than it actually is. So, Xin Cafe worked with sound designers to create a cup with a headphone jack that plays the right notes while you’re drinking your beverage to make it seem as though you’re imbibing something sweet when you’re actually not (try out the miracle soundtrack for yourself here).

First of all, I’m impressed at such a seemingly lo-fi “tech” solution to a very serious, widespread problem. Sometimes it doesn’t take a massive innovation to meaningfully change the way we experience things in life. And obviously it’s one of the latest examples in what will be many many years of technology (some more progressive, some less) filling in the gaps where our humanity can fail us. Self-control is a great quality, but not one that’s always easily applied. What other human shortcomings could sound (or any other) technology help us with?

OKU is a skin-focused mHealth device designed to help users obsess over their skin. OKU first uses visible light to look beneath the surface of a user’s skin to evaluate skin health. Then by analyzing a variety of factors such as oil, firmness and moisture levels, the connected app scores the user’s skin and makes care, diet and lifestyle recommendations to improve skin health. Vanity has never been this easy! 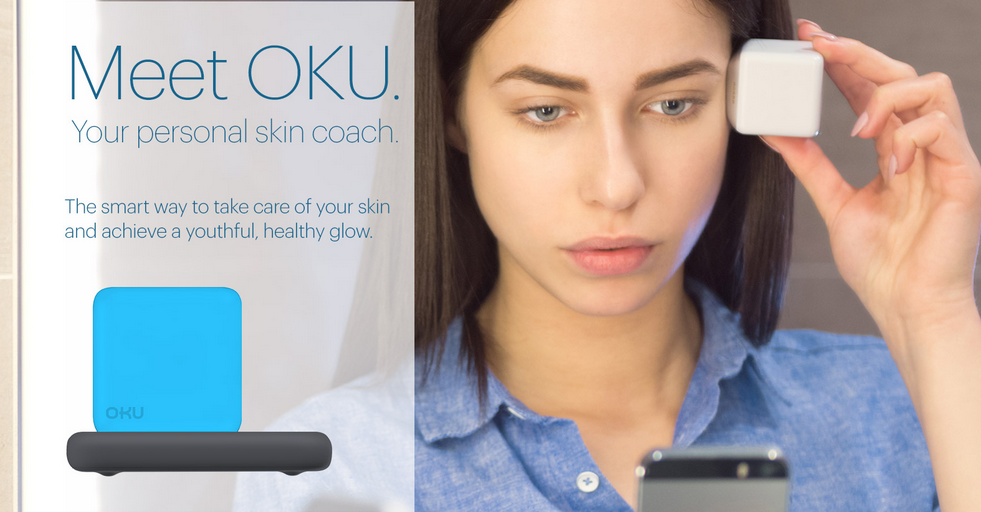 The true value of OKU comes in its recommendation/tracking capabilities. In addition to evaluating your skin today, OKU is able to predict skin developments and helps users avert negative changes. Moreover, the device helps users set goals and track progress to a healthier face.

The device launches this spring for $300.

OKU is a major test for the consumer demand for mHealth gadgetry. While many device-based mHealth solutions are for niche or specialty conditions, OKU is thinking bigger: everyone’s got a face that blemishes and ages. The mechanism and method also position OKU to lead a burgeoning market of devices with potential to build in multiple use cases, even diagnostic capabilities for advanced conditions. Though at $300, OKU certainly doesn’t price itself for immediate mass consumer penetration. Perhaps if skincare professionals latch on to this idea and recommend OKU for their patients, OKU might find advocates? 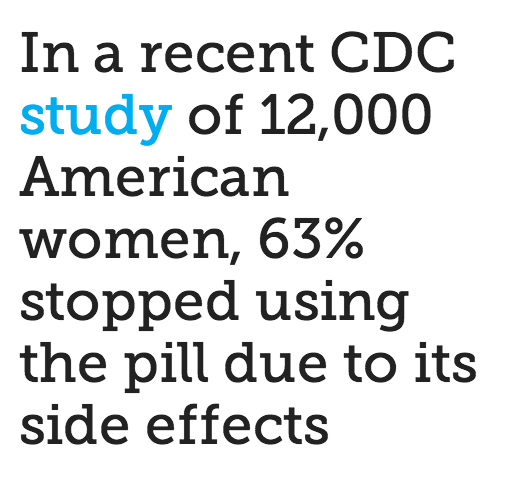 Say hello to daysy, a fertility monitor that learns and tracks a woman’s menstrual cycle, allowing her to plan or prevent pregnancy. Daysy claims to show a woman if she’s fertile or not, with a 99.3% accuracy rate. 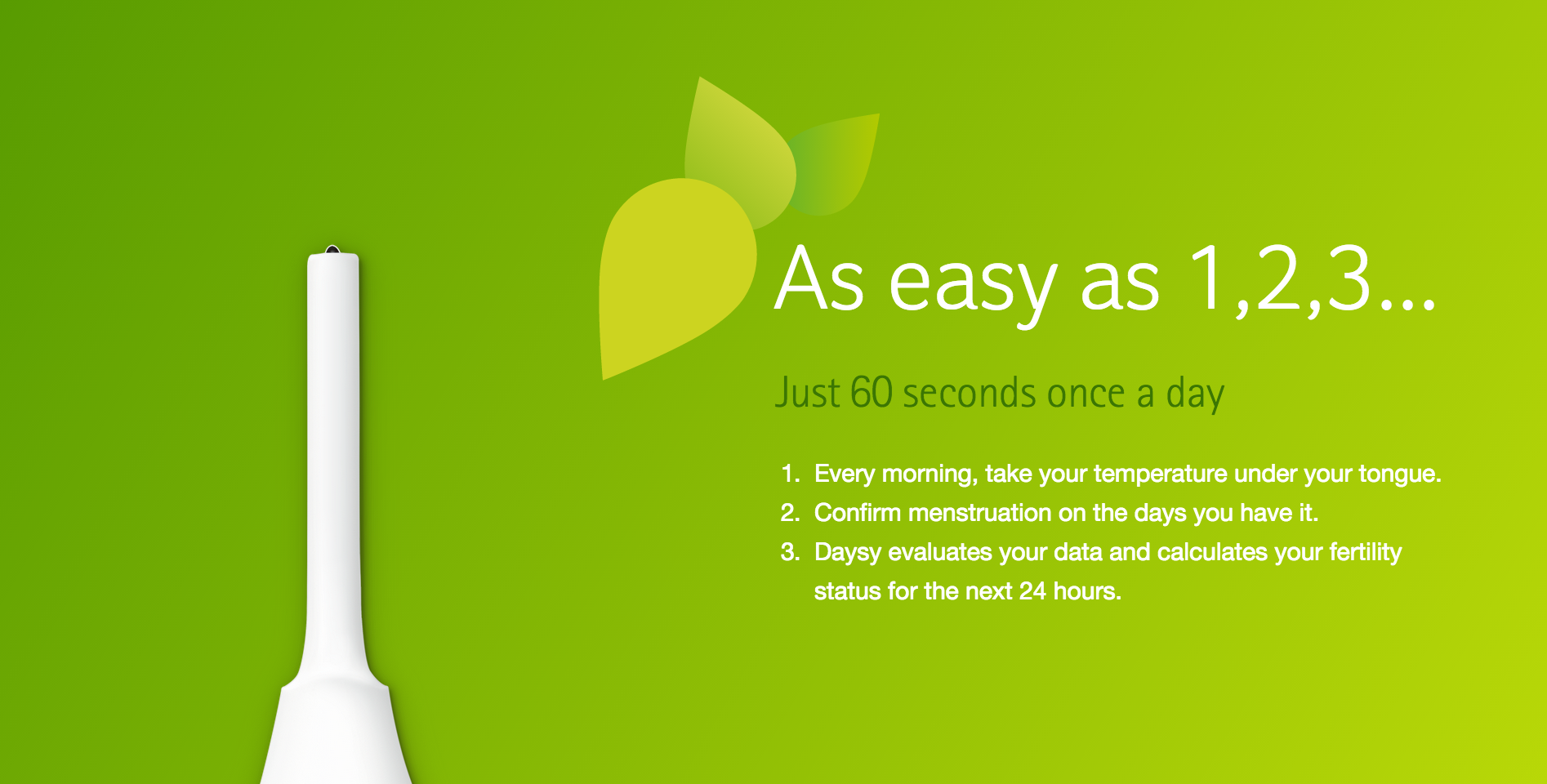 Why It’s Hot:
Daysy is the big data version of an old school method of natural family planning, much like our grandparents generation would have used, that many young adults these days are embracing. The motive is not a factor of trendiness, but rather dissatisfaction with birth control. Interesting to see technology reinvent something once considered old school, and making a more natural option available to women.

The medical industry has been making some amazing advancements in wearable technology; wearables that can be worn, consumed and even surgically attached. Check out the full list here. 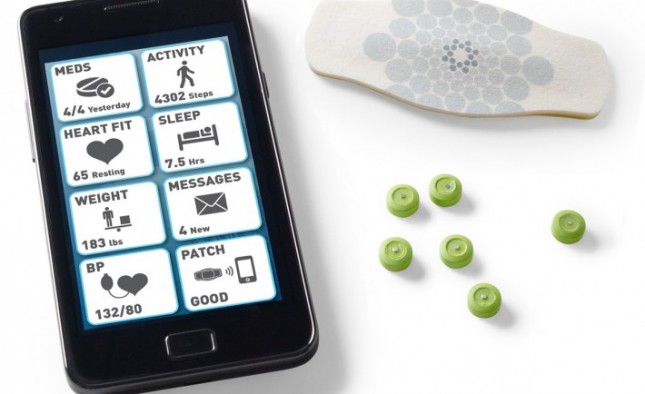 Why It’s Hot:
Reading about all of these devices made me feel like my Fitbit is already outdated. These advancements bring a whole new meaning to total health management and give us and the medical community greater insight into medicine, illness, and ultimately, the human body. The most intriguing to me was the Helius, an ingestible sensor that is taken with your medication to record that you’ve taken your daily dose and allows you to see data through the app. Yes, of course there’s an app for that …