Sprite in Argentina is tackling young peoples’ anxieties in a new campaign that interestingly leapt from digital to TV. Sprite looked at top searches among Gen Z to determine the subjects causing them the most mental anguish. Then, it tapped influencers who had experienced those “issues” to lead conversations in sub-Reddits related to them.

Not only that, but it also created compelementary content for each “issue”, showing how many people also experience the same thing:

In their words, “the effort relies largely on a series of forums on Reddit, where young people who feel they are alone for a variety of reasons, such as they’re still virgins, they’re flat-chested, they feel like in the wrong body, can express their feelings. Each forum is led by an influencer who has experienced the respective topics. The idea stems from the insight that those in Generation Z feel there are certain subjects they can’t talk to others about.

To determine forum topics, Sprite worked with Google to pinpoint subjects young people frequently searched for. Sprite created an anthem film as well as digital banners to introduce the campaign.”

Why It’s Hot:
We can certainly debate whether this is the role a soft drink brand should play, but it’s nice to see that type of brand using its platform to not just sell sugar water.

Most interesting is their approach – tapping into search data, to inform a social campaign, led by micro-influencers, and introduced on TV. Great cross-channel integration not just for a campaign, but as a program or platform.

It’s also important to note they weren’t just looking at bubbled up/watered down search data. They sought out the real questions people were asking, even if it wasn’t 200 million searches per month. Showing that sometimes you need to find the hidden meaning lurking in your data.

Being young is about searching – for who you are, what you want to do with your life, even simply what to do tomorrow. Hooking into this, Coca-Cola in Israel created “The Search of a Lifetime”. Using the top searches among young Israelis, they created targeted content to answer the life-defining questions they were asking around work, school, travel, etc. What’s more, they predicted and created content addressing what would likely be peoples’ next questions after answering the initial query. Ultimately, helping them find the answers, to make the decisions that would make them happy.

First, not enough brands use search to create meaningful connections with people. It’s a direct way to help them by answering the questions you know they’re asking. Second, more brands should be thinking beyond the initial interaction. Coke could have just answered the first question and moved on. Instead, they endeavored to understand how a young person would fully explore these topics, and made sure they completed the conversation.

There isn’t much to say about this video that it doesn’t say for itself, but each year, Google analyzes what terms spiked that year vs. the previous year, and compiles all the moments/people/content/etc. related to those things into two minutes that help us reflect on the 12 months we just experienced.

This year, Google trends determined that people searched for “good” more than anything else.

From a human standpoint, it’s an important reminder that in a year with many downs, it was the ups we sought out most. But from a marketing standpoint, it’s a great example of transforming data into emotional storytelling. Data isn’t just numbers, it’s a story waiting to be told. 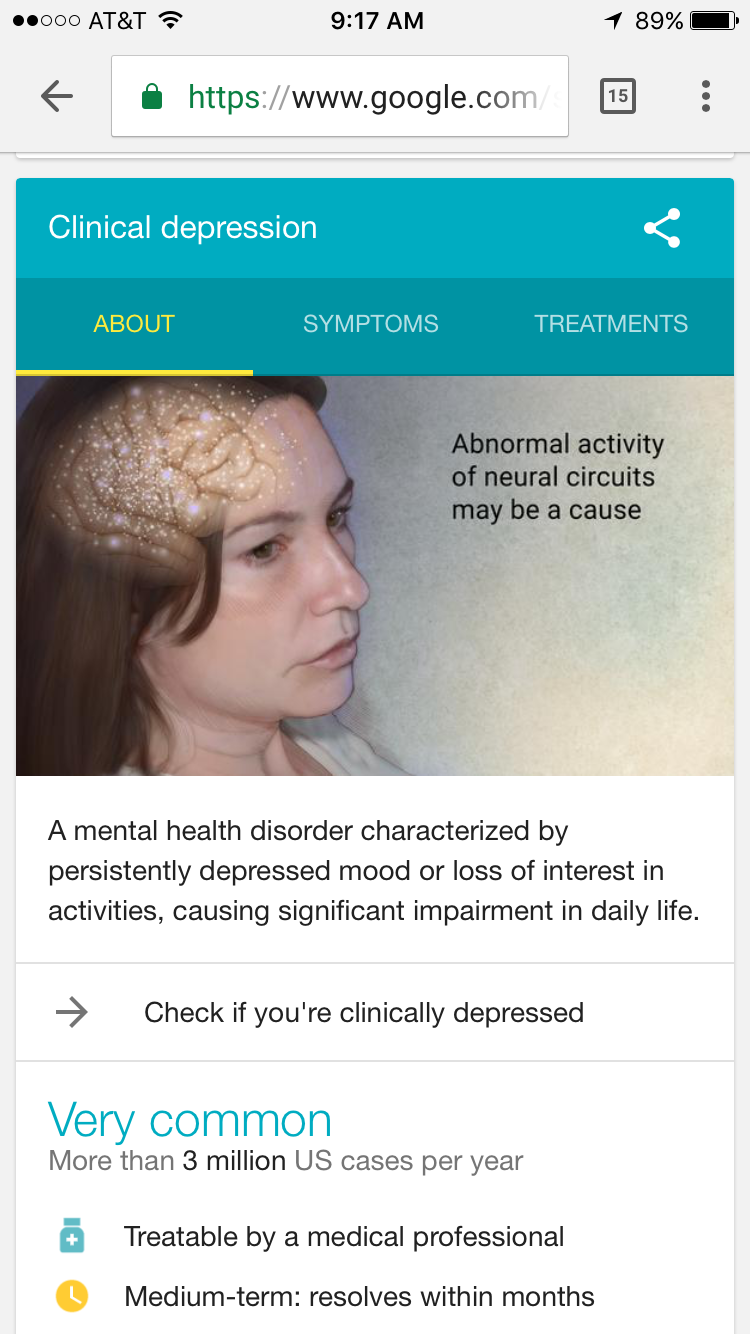 See gif of how it works here.

As reported by The Verge, yesterday Google rolled out a new mobile feature to help people who might think they’re depressed sort it out. Now, when someone searches “depression” on Google from a mobile device (as in the screenshot above), it suggests “check if you’re clinically depressed” – connecting users to a 9 question quiz to help them find out if they need professional help.

As usual, Google shows that utility is based on intent – instead of just connecting people to information, they’re connecting information to people. In this case, it could be particularly impactful since “People who have symptoms of depression — such as anxiety, insomnia, or fatigue — wait an average of six to eight years before getting treatment, according to the National Alliance on Mental Illness.”