Last week, while perusing my LinkedIn feed at breakfast, this post from NYC ad agency DeVito/Verdi caught my attention:

“Last night, it seems that 3 carts full of advertising awards were stolen from our NYC office. We have it on security cam. Dozens of trophies — One Show pencils, Cannes, 4A’s Best Creative Agency (6 of them), Andy’s, Addys, Art Directors. Many clients (#CarMax, #Macys, #Sony, #herbchambers, #greygoose, #Gildan, #meijer, #mountsinai, #duanereade, #legalseafoods, #OfficeDepot, #steinmart, #solgar). We can only imagine which agency stole them. Who else would want these? Help us find #DVCulprits”

Why It’s Hot
Unlike lots of other self-promotional content, this approach really caught my attention, and I was not alone. There were plenty of comments (some of whom obviously missed the point and were organizing vigilante squads) and the underlying message, that this agency has won 3 shopping carts full of awards, is now inescapably branded into my awareness.

This illustrates how activating emotion can be done in a variety of ways, some very unorthodox and highly effective.

Boston Dynamics’ next generation robot, Atlas, feels almost too human, even with his clunky walk and lack of facial features. This anthropomorphic adaptation to tech has many functional implications in the workforce, as well as being an impressive feat of engineering. However, an unexpected “side effect” becomes apparent towards the end of this demo when Atlas is being knocked off balance to showcase his superior build…it actually elicits empathetic emotions from the human viewer. It feels as if he is being bullied.

This caught us off-guard – although robots are increasingly common in our daily lives, and we are even used to technologies having their own personalities (ala Siri sassy retorts), sympathy for a robot was a visceral response that was totally unexpected. The feeling was driven by instinct rather than logic.

As strategists, we know how powerful these emotions can be, and in fact, it is our job to tap into them, making us believe robots like Atlas can never replace us. Yet, a recent AdAge article makes us question the safety of our jobs in this robot-filled-future.

The author has no doubts that robotics of some kind will play a role in all jobs, one way or another, sooner than later. In this article, he suggests that the last jobs to go will be those with a “unique combination of human intuition, reasoning, empathy, and emotion”, but in spite of this, advertisers are not on the list. Coke’s recent efforts further validate his conclusion.

As of today, we don’t know what the future of our industry will look like, but we do know this: It is our job to stay ahead of all innovations and technologies and to learn everything we can about how our jobs will evolve to include our new robotic co-workers.

Day 3 of Social Media Week NYC brought some great thinkers and doers together to discuss the impact of social listening and intelligence, as well as the broader idea of quantifying and contextualizing human emotion that’s expressed in text, pictures and emoji’s (to name a few) on the internet. 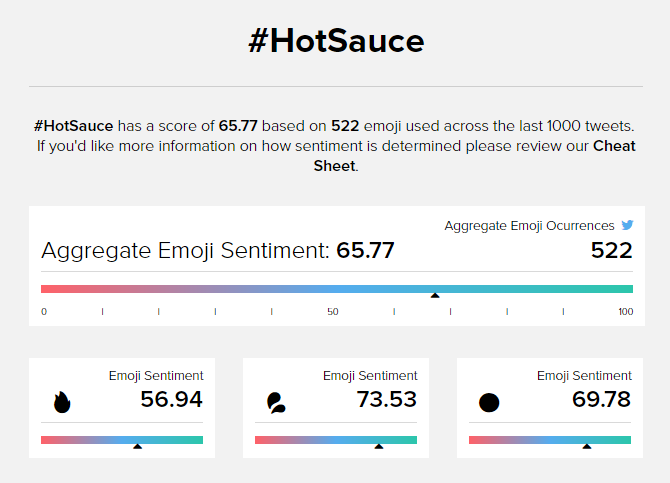 In our continuously evolving digital world, I think there are two assumptions we can make about the future: technology will continue to get better and people will continue to use and shape it. As digital marketers, the more tools and approaches we have towards understanding human behaviors in using this technology – and more importantly the emotions or motivations behind those behaviors – the better suited we will be in creating experiences that add value to both their lives and our brand’s bottom line. These new resources (while still new and working out the kinks) are a great indication of what’s to come to help us do so.

Booking.com encouraged its 14,000 global employees to go out and document their carpe diem travel moments. After a years’ worth of documented travel across the globe, their footage was compiled into a video that places their adventurous employees at center stage and showcases their adventures in a manner that inspires wanderlust in all of us.

While this may seem like just another piece of content, it really goes the extra mile for Booking.com as it positions the brand and its staff as travel experts who drink the Kool-Aid they sell. 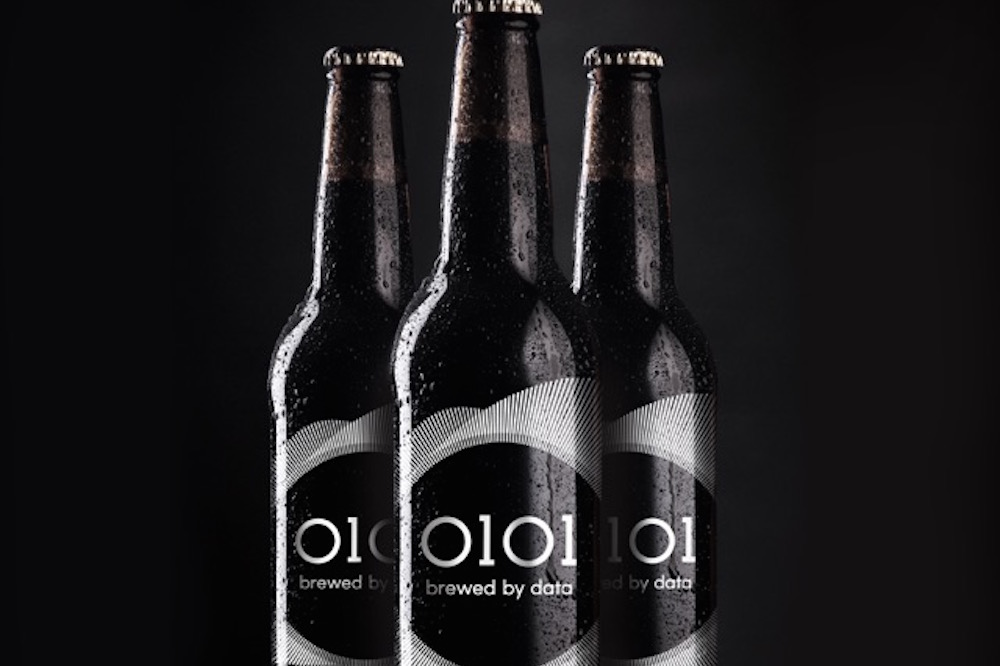 Using sophisticated data science, IBM and Havas helia created a beer that tastes of joy and optimism. How you may ask? They used a tool called Watson Personality Insights, which analyzes language to produce a personality profile. The technology uses linguistic analysis to find meaning words. In linguistics, semantic analysis is the process of taking syntactic structures and relating them to each other.

First, the team observed the sentiment and the emotions found in the social media shared on and around New Year’s eve by running a data set of New Year’s related messages and shares on social media and matched them with a wide range of emotional states. The partners leveraged this powerful tool to extract cognitive and social characteristics from input text such as email, SMS, tweets, forum posts, and more. Through their analysis, the team found that the top most shared emotions were love, joy, harmony, cheerfulness, optimism, resolution and excitement.

With this profile the team worked together to capture the mood of the nation during the New Year party season to create the world’s first beer crafted and based on human emotions.

It then takes that profile and can categorise each beer according to different human adjectives, such as “assertive,” “friendly” or “intelligent.” Then the IBM Watson team began to analyse 2,800 different beer recipes while giving the computer descriptions about the ingredients, recipes, tasting notes and beer reviews. This method helped to identify the perfect recipe.

The top 10 beers that matched the most shared New Year emotions found in the data were then identified and, through further analysis, all of these beer recipes were combined to find the most common ingredients.

Honey, the Nelson Sauvin hop variety and the Hallertauer hop emerged as the top three most common ingredients among the beers.

Each of these ingredients was used to create flagship data-powered New Year beer: 0101. For the complicated project—the team picked High Peak Brew Co, an independent microbrewery based in the UK’s Peak District, to head up the brewing project. They tapped this particular brewery because the company’s brews are unfined and unfiltered, like the content of the social activity they tested. They worked with them to get an exact taste that would match the data as closely as possible.

Helia works with data to uncover patterns in human behavior, mixing that with cultural understanding to inspire more creative ideas. Why does this matter? The service helps users to understand, connect to, and communicate with other people on a more personalized level. With this powerful tool we can derive consumers’ cognitive and social preferences just with the language they use. The service applies linguistic analytics and personality theory to infer attributes from a person’s unstructured text.

It’s a data-driven world. But it’s an emotional, unpredictable word too. I appreciate the effort to bring the two together with this experiment. And of course, there’s the beer aspect.

Through tools like this we can gain insight into how and why people think, act, and feel the way they do. This means companies and coders can use data and technology to interpret something abstract such as positive feelings and emotions and turn them into an experience to build upon.

With something as subjective as art, a viewer’s mood can make or break how (s)he engages with a given piece. But what if that experience ladders up to something that is negative overall? Perceptions and stigmas may brand you beyond that interaction.

Understanding this intricacy, Amsterdam’s Stedelijk Museum realized that it could curate tours of its collection based on users’ individual disposition. For example, if a visitor indicates they are “sad” within the app, a tour may be created to bypass violent images that might exacerbate that state. The app can also be used to show visitors more of what they “like” such as abstract pieces for people who seek “logic challenges” or calming landscapes for those searching for an escape. 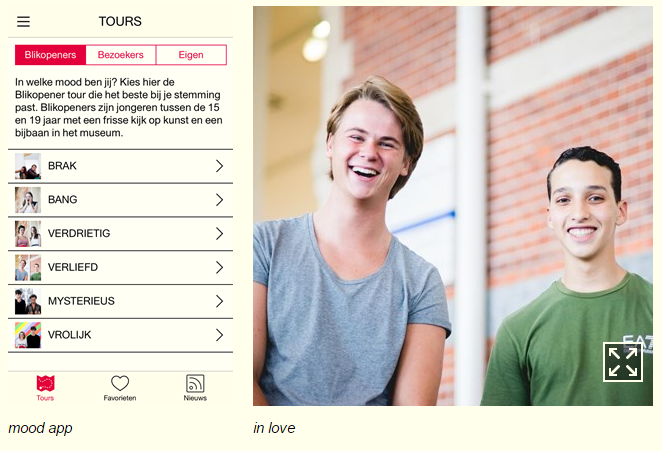 The app also allows users to create their own tours and crowdsource the “mood” of certain galleries to make the app smarter.

The app does raise a philosophical question, however: Does a museum’s classification of art by certain criteria limit how the art is perceived by visitors?  Consequently, does this hinder visits and prevent users from opening up to new experiences?  And what does an app like Mood mean for art that is meant to stir, upset, frustrate, challenge, or confuse the viewer?  Should that be avoided for the sake of “pleasantry” or encouraged for the sake of “growth?”

Mood App is showing a new way that brands and businesses can “get ahead” of their customers and mitigate negative experiences. By helping visitors have better experiences, Stedelijk Museum is taking a more proactive role in shaping perceptions to keep people coming back. These strategies have applicability far beyond art with customer segments that prefer tailored and customized experiences.