Finding that one free electric car charging spot in a parking garage can be a chore, but if Volkswagen’s new project catches on, the charging spot might come to you instead. The company announced a concept for a mobile charging robot that navigates its way to electric cars and charges them on its own. 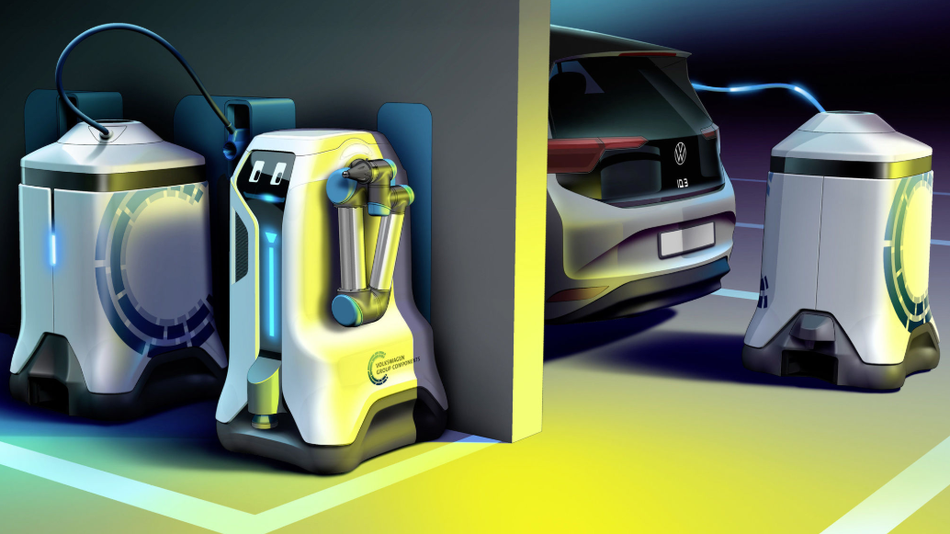 The robot would contain a “mobile energy storage device” (a big battery on wheels with about 25kWh worth of energy content). It would be able to communicate with the car, open the charging socket flap and plug in with no human interaction. It’s also fitted with cameras, laser scanners and ultrasonic sensor, which would allow it to move freely and go around obstacles. When the charging is complete, the robot would collect the battery and take it back to a base charging station.

Volkswagen envisions the robot’s primary use in parking garages and underground car parks. Depending on the parking area size, several of these robots could be employed at one parking lot.

The limited availability of charging stations is currently a barrier to electric car ownership. This helps ease the burden of finding an available place to charge, while saving the driver time as their car can be charged for them while they go about their day.

The Ford Mustang sold so well after its 1964 release that it is credited with creating the ‘pony car’–an affordable coupe with a long hood and muscular motor that was widely imitated. 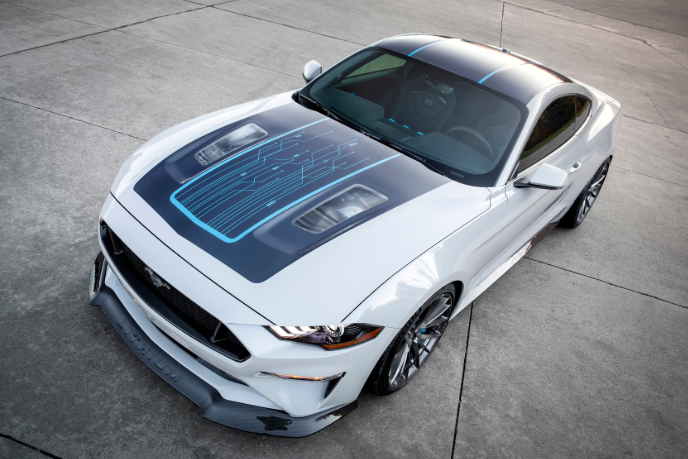 Though electric vehicles have no need for an elongated hood to house a gas-powered motor or a transmission to moderate combustion power, Ford’s release includes a the stylized hood and six-speed manual transmission to make it feel like a traditional Mustang.

Cars have been marketed as symbols of power, freedom, control, and sex. But with the underlying nature of vehicles changing–from roaring to silent, from people-driven to autonomous, from private to shared–will our societal vision of what a car is change, or will we hold on to our dated car dreams as long as automakers continue to satisfy them?

We all know the pain of waking up too early because the garbage truck just can’t keep it down as it devours fresh trash. But Volvo has that covered, the new garbage truck design is called the Volvo FE Electric and it’s designed to optimize efficiency meaning that it’ll be quietly towing your trash away (only if you live in Hamburg, Germany). The truck is powered by lithium-ion and has a 125-mile range. The truck will be available in Europe in 2019 and has a dual-electric motor model that is built to handle heavier lifting and store up to 60,000 pounds.

Why it’s hot:
The truck is relieving the city of 66 pounds of carbon dioxide that the city’s 300 traditional garbage trucks emit. Plus it gives the garbage men a smoother ride with fewer vibrations and less rattling that’s great for the workers and for those who went to bed just an hour before garbage pick-up. 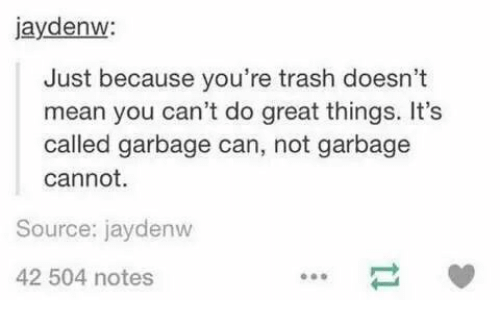 A new experimental electric vehicle project is underway in Switzerland, and its sheer power puts Tesla to shame.

A Komatsu quarry truck, a massive vehicle whose wheels are the size of an adult human, is being modified by Kuhn Schweiz (a Swiss construction machinery company) and Lithium Storage (a European lithium battery supplier) to run entirely on electric power. The truck weighs 45 tons when empty, can carry an additional 65 tons of material, and is powered by a 700kWh battery pack – the equivalent of 8 Tesla Model S batteries.

The Komatsu’s regenerative braking technology is the key to its energy surplus. Because the truck carries such heavy loads, it generates more electricity driving (and braking) downhill on the way to the quarry than it needs to get back up the hill. The extra energy generated – approximately 10kWh per trip uphill, and it makes approximately 20 trips per day – feeds directly back into the local energy grid. 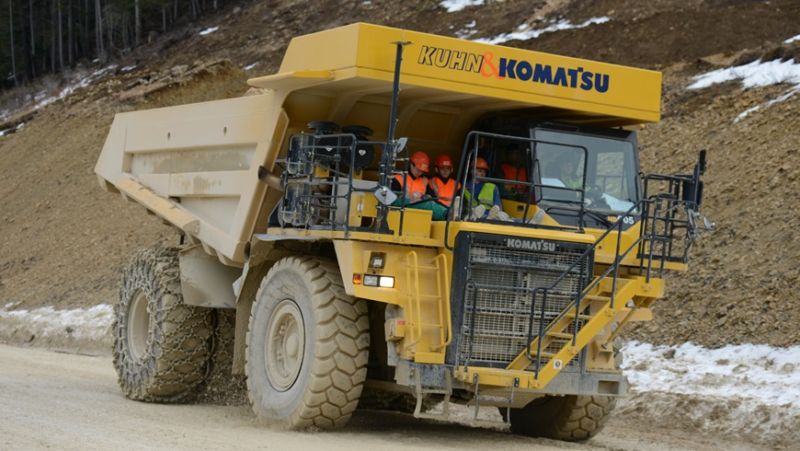 Why it’s hot:
The sheer size of the Komatsu, and the surplus of electricity it generates, is a significant, concrete (no pun intended) step in the expansion of electric vehicle technology beyond personal cars. Transitioning heavy machinery and commercial modes of transportation to electric power will have a massive impact on air quality, emissions, and global fossil fuel consumption.

Why it’s not super hot quite yet:
The Komatsu is still in development, and there are questions still being researched about the longevity and functionality of the battery under harsh construction environments.

Volvo recently announced that starting in 2019, all of the new models it produces will be electric or hybrid. The move makes Volvo the first traditional automaker to set a date to phase out cars powered only by internal combustion engines.

Why it’s hot: While it’s a bold move for an automobile company, it is also a smart move from a branding and marketing perspective. Benefits should follow for Volvo for being first.

SemaConnect, which makes electric vehicle charging stations, has launched an application on Google Glass to make it easier for drivers to navigate to the closest charging stations at a nearby Walgreens or Dunkin’ Donuts.

The app leverages augmented reality to make navigation faster and easier, with users able to locate the closest charging stations within a 20-mile radius. Users can also enable turn-by-turn navigation to station locations and initiate a charging session.

When a driver gets to the station, then the user says “Control my car” and the station begins charging the vehicle. If there is a fee applicable, it is automatically billed to the user’s credit card. 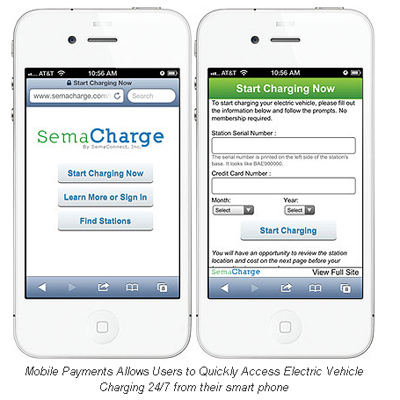 While the Google Glass is still in its early days, and people are just getting started in getting and using this device and figuring out its capabilities, electric vehicle owners are most likely early adopters anyways.

The big advantage to using the Google Glass is that the user need not take her hands off the wheel or her eyes off the road. And the app is also driven largely by voice commands.