Back Market, an online marketplace that sells refurbished and discounted electronic goods like smartphones, wanted to launch its service in the US.

However, Back Market had to find a way to promote its refurbished products in a country that is more interested in new technology than old, without a media budget to afford high profile influencers.

Back Market realized that all of the second-hand products that it currently sells have already been promoted by celebrities on social platform Twitter, back when they were originally released.

Back Market analyzed hundreds of the most well-known US celebrities’ Twitter accounts to find old Tweets about products now available on its site, replied to them and re-posted them as if they had just been published. 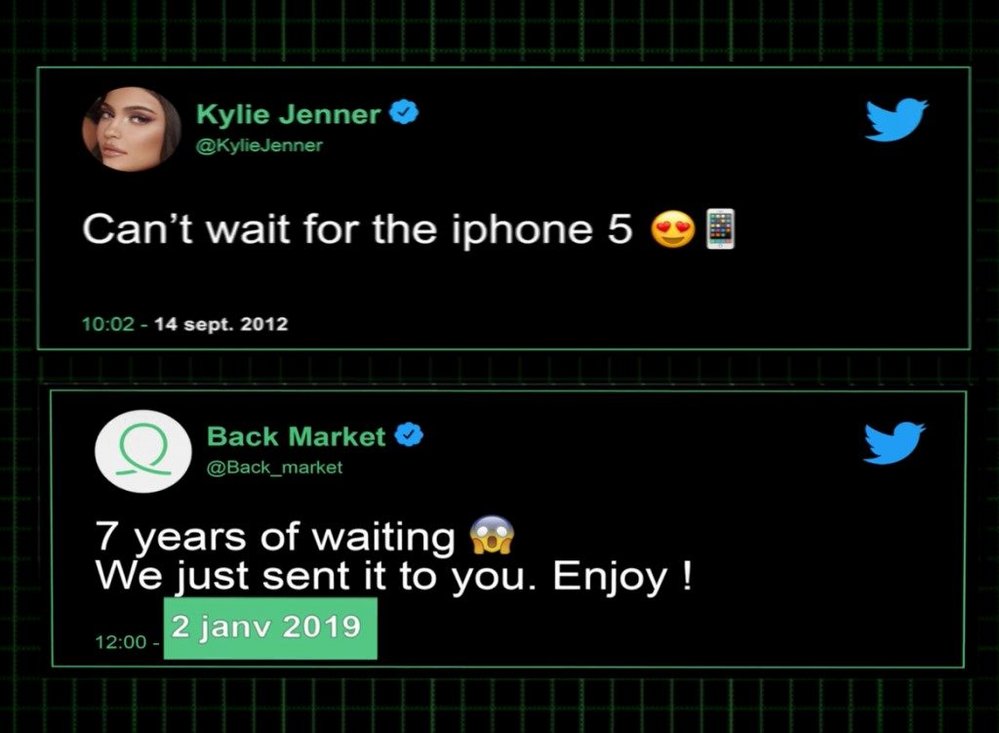 In total, Back Market ‘refurbished’ the Tweets of 311 celebrities, including Donald Trump, Kim Kardashian and 50 Cent. The online marketplace also sent 187 celebrities the smartphones that they had wanted years before.

The Refurbished Tweets campaign was promoted with a comical video explaining how the French company took over the Twitter feeds of US celebrities.

According to the case study video, more than 26,000 orders were placed for refurbished products within 48 hours of the campaign launch and visits to Back Market’s US website increased by 457% within one month, with no media investment.

Why it’s hot: Entering a new market is challenging, especially without a media budget. Back Market’s creative approach to “refurbishing” old tweets from famous celebrities and influencers was clever way of leveraging existing tweets as their own. 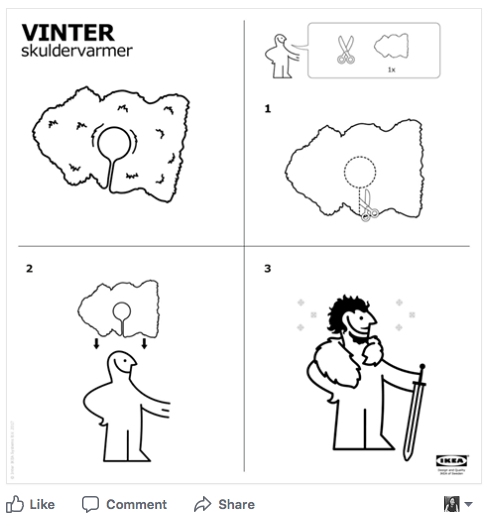 IKEA responded to GOT costume designer’s reveal of using IKEA rugs on the show with their do-it-yourself instructions in the company’s typical style showing people how to prepare for winter as summer is coming to an end.

Why it’s hot: being playful and entertaining on social media can go a long way. IKEA wisely leveraged and amplified earned media.

Ellen DeGeneres was a solid host — but her big moment of the night required a little help from her friends. DeGeneres  gathered a who’s who of A-listers from the audience around her — Angelina Jolie, Jennifer Lawrence, Jared Letto, Lupita Nyong’o and her brother, Brad Pitt, Julia Roberts, Kevin Spacey, Meryl Streep and Channing Tatum — snapped a self-portrait with them and promptly tweeted it out. Before the evening had ended, the selfie became the most retweeted photo ever — surpassing even President Barack Obama’s “four more years” tweet. DeGeneres had wracked up 2.5 million retweets by this morning and more than a million favorites — the tweet even caused Twitter to briefly crash. It was also a much needed boost to Twitter itself, which could use some more mainstream appeal.  See more cool RTM stories here. 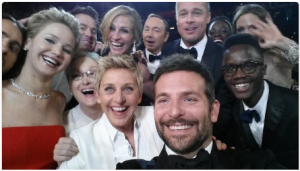 If put into the right hands at the right time, real time marketing (for @theEllenShow) can really work.  Many brands try to get in the game and get their “Oreo Moment”, but many are not successful in doing so.  With the right creativity and timing, a brand can gain a lot of traction/buzz with no investment.