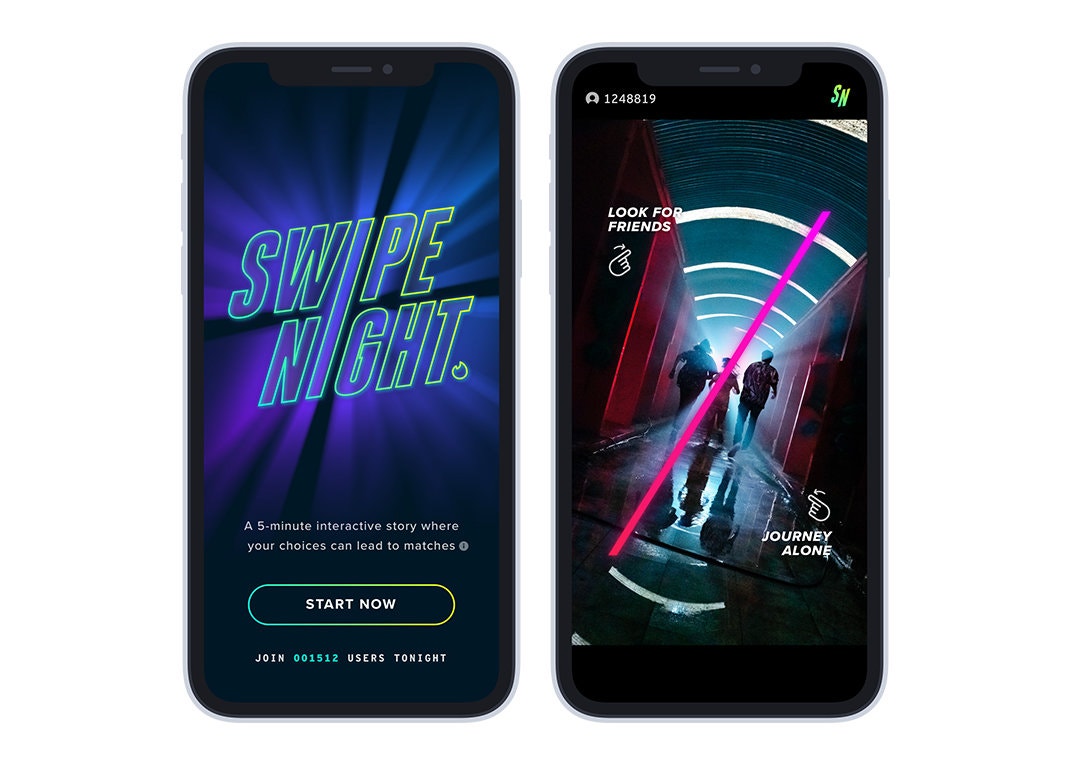 For all of their success, swipe-y dating apps like Tinder or Bumble face a problem once their users have matched: It’s hard to find things to discuss with total strangers. What exactly are you supposed to say in response to “”?

In an effort to solve this, Tinder has created a scripted choose-your-own adventure series that it hopes will supply its young users with raw material for conversations on its platform. The goal is to counteract that chronic dating-app issue: conversations that die almost as soon as they begin.

The project, called SwipeNight, consists of four episodes. One will air each week on the Tinder app. In each episode, users who participate will be ushered through an apocalyptic scenario and prompted to make a series of choices, from the seemingly unimportant (how to best D.J. a party) to the critical (whose life to save). The show features a cast of young diverse actors and, like a video game, gives the user a first-person perspective on the action.

Participants will then show up in each other’s lists of potential matches. Some of the choices they made during the show will be visible on their profiles. That is when, the company hopes, a number of those people will swipe right on each other and talk about what they experienced.

Last year Tinder set up a team to survey hundreds of young people. This research helped the company see members of Generation Z as fundamentally different from older generations: Gen Z’s immense comfort on social platforms and immense discomfort with defining relationships, or even using words like “dating” and “flirting.”

SwipeNight also looks to take advantage of their facility with the raw material of pop culture.

“They speak in gifs, they react in emojis, they talk in stories,” said Elie Seidman, the chief executive of Tinder, of 18-to-25-year-olds, who already make up more than 50 percent of the app’s user base.

Tinder allows users little space to provide information about themselves on their profiles. That can lead to a particular shortage of subjects to discuss. On Tinder, Mr. Seidman said, approaching strangers is much easier than it is offline. “But you get to the next thing, and there’s no context,” he said. “What’s the context? ‘Oh, you’re also on Tinder.’ ‘Like, yeah, obviously.’”

Tinder has traditionally been viewed as a predate experience. SwipeNight looks to collapse some elements of a first date — the mutual experience of some diversion — into its platform.

Unexpected time and place for what essentially is content marketing to drive stickiness with a platform. I do wonder if it’s too “cheesy” for Gen Z daters though?

Dating app Hinge recently released its first brand campaign, based upon a simple premise that’s simply delightful. It’s pitching itself as “the dating app designed to be deleted”…since, you know, the whole point is to find someone you like enough to not spend any more time on dating apps. 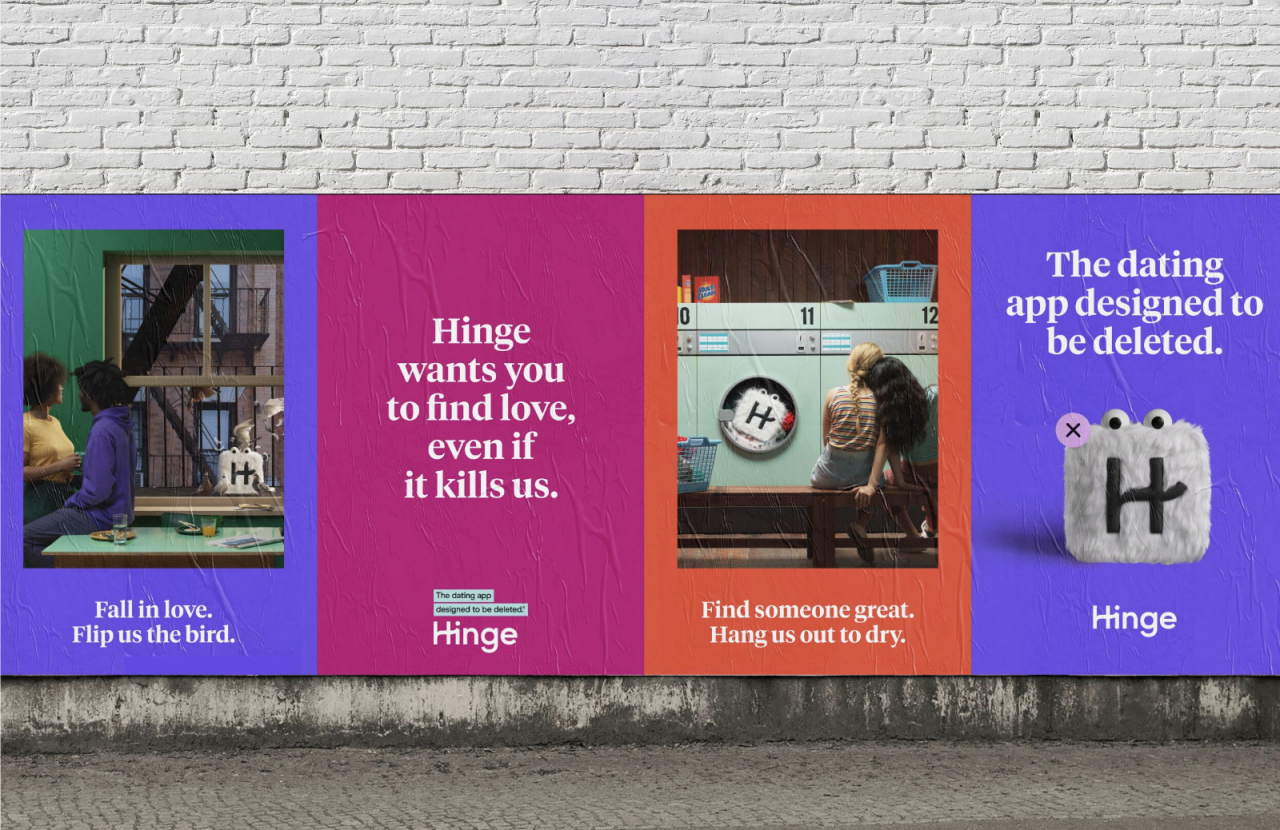 While it’s somewhat shocking that no other dating app has ever taken this tack, it’s a smart move for a relatively new brand on the scene. Leveraging its novelty, breaking from category convention is no doubt one way to stand out. 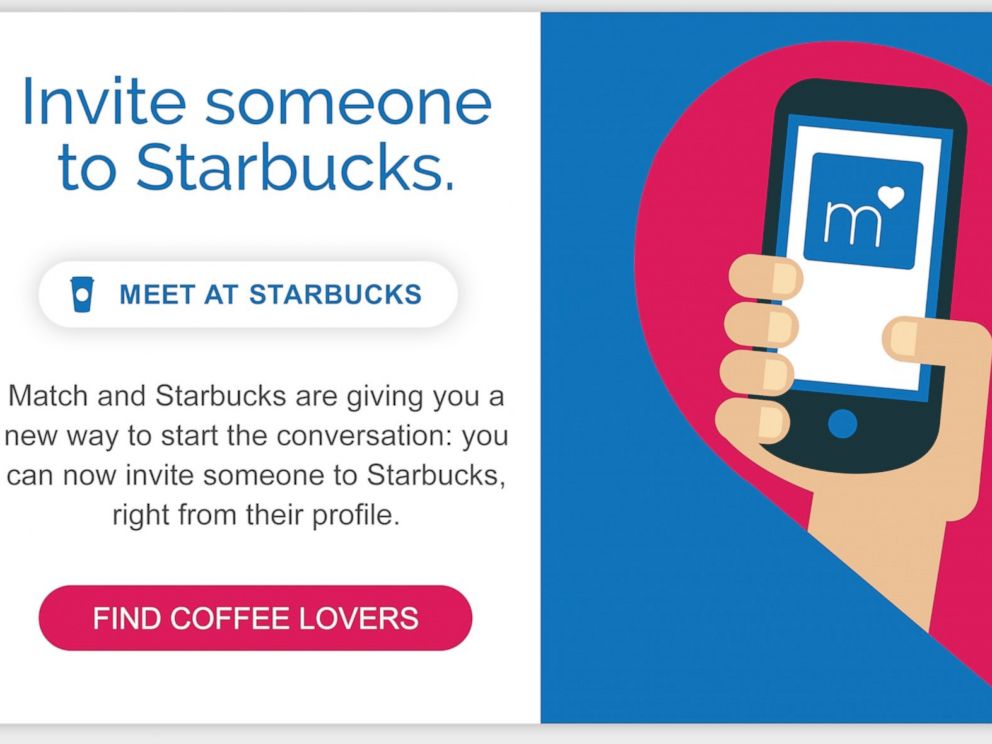 The company’s research shows that the endeavor could be quite successful: 1 in 3 singles rank “having coffee together” as a favorite first-date activity, and Starbucks says that “hundreds of thousands” have added their brand badge to their Match.com profiles.

“Meet Me at Starbucks” borrows from the coffee company’s global campaign launched in September, designed to connect consumers through Starbucks experiences across the world.

As platforms like Match and the burgeoning app marketplace embed themselves intimately in the lives of consumers, co-promotions such as “Meet Me” are enabling brands like Starbucks to forge new personal connections with consumers. Journey mapping and other strategic assessments may uncover a host of partnership opportunity to create richer, more natural brand experiences. The key for brands will be to discover how they can add value for consumers. Are they unlocking a special feature or streamlining a process? Is their brand experience welcome or are certain activities “off limits” to marketers? This convergence requires that brands, advertisers and consumers “figure out” a new set of social norms to moderate brand activities… even if those attitudes shift quickly amid more and more incorporation of digital into consumers’ lifestyles.