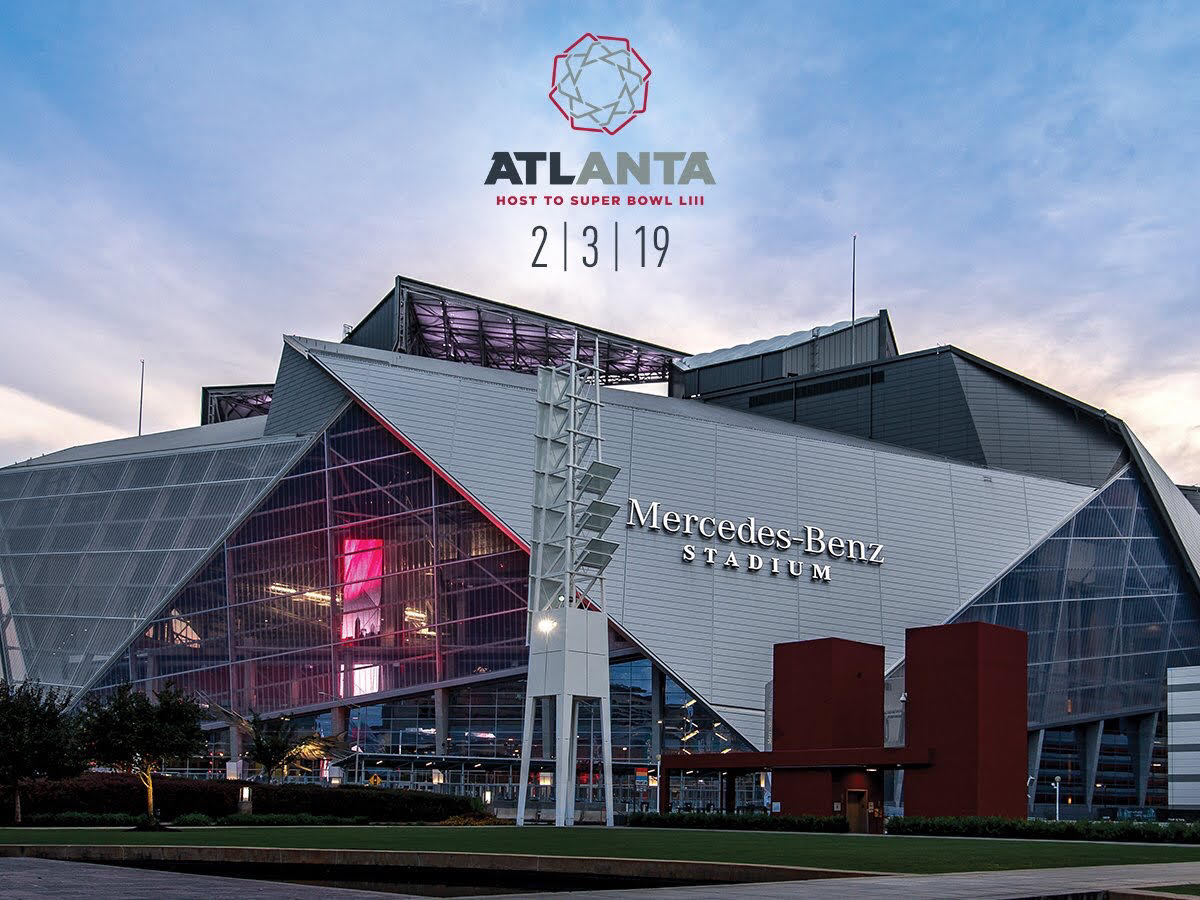 It’s the week before the Big Game and some advertisers have already started rolling out sneak peeks and in some cases, full ads.

Up first, Stella Artois released their full ad on Monday, which features two memorable characters coming together to pitch the Belgian pilsner.  The unlikely duo of Carrie Bradshaw and The Dude were brought together for the beer brand’s Change Up the Usual campaign.

Lil Jon is tempting the fates of losing his “Atlanta” card by partnering with Pepsi in a trailer for the Big Game, which takes a mocking tone towards Pepsi’s rival Coca-Cola and its Perfect Pour.  Standby for if Lil Jon will be invited back to his hometown after Sunday’s game in the ATL.

ASMR is a hot trend right now.  Pepsi is creating its interpretation using Cardi B and Michelob Ultra is leveraging Zoe Kravitz in its version of the kooky internet phenomenon.

Take a look at the rest of the ads and teasers here: Adweek

If you want to get in on live action, this year 3 Percent Conference is expanding on their Super Bowl Tweet Up, by rolling out locations in cities including Atlanta, Boston, Chicago, Los Angeles, New York and San Francisco.  To find out more, go here: https://www.3percentmovement.com/tweetup

And if you want to vote for your favorites and not so favorites, you can visit USA Today’s Ad Meter to cast your vote! http://admeter.usatoday.com/

Its the Super Bowl.  And at over $5M for a 30 second spot, this ad arena is not for the faint of heart, or the light in the wallet.  But overall trends here, will dictate the direction for brands and advertisers in 2019.  Agencies will need to quickly have POVs for the winners and the losers and how we can use those learnings to guide future creative requests.   Watch this space for a recap of the winners and the losers next week!

We all know how Snapchat is fighting to compete with Instagram and Facebook. Now, the most recent thing is their first TV commercial, in order to get new users.

The TVC that was released last weekend takes a minute to explain how Snapchat works and what functionalities it has, especially the ones related to AR. It’s clear by the tone of voice, the informative content and the people who appear on the commercial that they are looking for new users, older users.

One other interesting thing to mention is the way the position Snapchat – not as pure fun and refreshing platform, but “a camera, where how you feel is more important than how you look”.

Why it’s hot:
We are witnessing numerous attempts from Snapchat to stay relevant and this shows a more ” desperate” one. If people are living the app, if usage is decreasing, the only way to survive is to get new users.

It takes a lot to stand out among the glut of Christmas ads in Britain, where brands jockey like nowhere else to have a hit commercial. KitKat and J. Walter Thompson’s strategy this season is to cut through the clutter by uncluttering completely.

The Nestlé candy brand is breaking a 30-second spot on TV this weekend that features nothing but a completely blank screen—not even a logo at the end—and a voiceover that asks whether “just absolutely nothing” isn’t “nice for a change.”

It’s witty and even sort of brave, though also, of course, a bit disingenuous. The ad isn’t “absolutely nothing.” It’s a meta exercise designed to command as much attention, if not more, than traditional spots. And the voiceover—smug, self-satisfied, more than a little judgmental, even humbug-ish—might be more irritating to some than watching a beautifully made, if less authentic ad.

Still, it fit does the long-running brand promise, “Have a break. Have a Kit Kat,” pretty perfectly. And that makes it more palatable as a stunt.

Why it’s hot: In this content cluttered world, its hard to stand out. This commercial shows how sometimes the best way to stand out is to take a step back and just say nothing. Interesting approach, curious to see how it performs!

John Lewis found a nuanced, metaphorical way to explore the subject of loneliness and old age at Christmas-time with its Man in the Moon ad, but German supermarket Edeka has no such qualms. It goes straight for the jugular in this spot through Jung von Matt, in which a lonely grandfather finds a pretty shocking way to reunite his family for the holidays.

They’re all too busy and far-flung to come over, and year after year we see him eating his Christmas meal all alone as he listens to an answerphone full of excuses. But there’s a guaranteed way of getting them there; faking his own death. He summons them all for a funeral, and when they appear at his house — surprised to find the table set for dinner — he explains “it was the only way of getting you all together.” Amazingly not one single member of the family freaks out over this (you’d think there would be one); instead, they’re overjoyed and they all sit down together to appreciate the season.

We’re used to grocery stores promoting Can Can sales and slashed price.  This is a very creative way of turning buying food on it’s head to share what’s behind it- love.  Food brings people together.  This is inspiring for me because it proves that people continue to be creative, no matter what the product being advertised is.  Besides that, the commercial pulls on your heart strings and drives the important point home to make the time for your family.

There is no shortage of tear jerker ads that celebrate how wonderful mom is. While, Dad is typically the infamous “goofy” one of the family. Samsung is taking a different approach this year.

It’s funny and it’s relevant to the season. Instead of following the lead of other brands to create sappy spots honoring mom, Samsung took a fun approach that is relatable for so many!

They may have played beer pong with red Solo cups in 1999, but moms have upgraded to crack-resistant party cups in Hefty’s sharp and funny new campaign by Havas Worldwide Chicago.

Three new ads all open on a wholesome PTA-stereotype mother in a docile environment (folding laundry, reading a book, unpacking groceries). But then they open their mouths, and their monologues aren’t quite what you’d expect.

The moms detail party scenes in what can only be described as 2015-speak (“Bye, Felicia,” “bae” and the hideous “on fleek” make the cut) as they reference current and younger-targeted social networks like Snapchat and Tinder.

Hefty says the humor is rooted in a truth that’s rarely addressed in typical CPG marketing-to-mom efforts. “Traditionally mothers are cast in one light: wholesome caregivers for their children. But the reality is moms are much more complex and multifaceted,” says Lynnette Hinch, director of marketing for Hefty Cups.

“Their social networks are extremely important to them, and time spent with friends is often a welcome escape from the drudgery of daily life,” adds Hinch. “We decided to activate that sense of fun, juxtaposing their routine tasks with recaps of epic ragers from the night before. In essence, we’re giving moms permission to party harder with the ideal party cup from Hefty.”

It’s an interesting take on advertising to moms that I haven’t seen yet.  Having a little comedy thrown into what would be a normal CPG campaign is always entertaining as well.  The only thing I thought was weird was that they didn’t include much branding!

In an online film for S7 Airlines, twenty kids are asked the question “Let’s say you can go to any place you can imagine. What would this world look like?” Their answers range from “real-life mermaids” to ‘a secret world where people live underground’. The film ends with the reveal that these imaginary locations are reminiscent of real destinations that the airline flies to across the globe.

Tapping into people’s imagination through children and the proving out that those places exist is incredibly inspiring. As adults, we often write off what could be and settle for the logical, what is. By using children as the focal point, older audiences are able to imagine themselves as kids and remove the default way of thinking from their mind set. This makes the older viewer much more vulnerable in letting their mind wander into areas that are usually off limits. It’s also really well executed, so there’s that.

Creative Directors, Szymon Rose and Daniel Schaefer, said: ‘[It’s] easy to forget how incredible and mind-blowing our world is… The goal of the campaign was to encourage Russian travellers to dream big and remind them that there’s a whole world out there. By utilising the limitless imaginations of children we are able to take people on a journey to see our planet in a whole new way.’

Similac baby formula just released (what I think is) a great commercial that addresses the different parenting beliefs in regards to your baby’s nutrition… and they did it in a funny way.  Thought it would be topical with quite a few new/expecting moms in the MRM family.

In a time where there are SO many different opinions on whether to formula feed/breast feed/whatever, it’s really interesting that the brand jumped into the ring.  They didn’t prove that their product is superior, but instead will probably get people to remember their name by adding a little humor to what can be a strongly debated topic.  Who doesn’t want brand awareness?

I used to work on Similac, and can’t remember them ever releasing something quite like this.  Job well done. 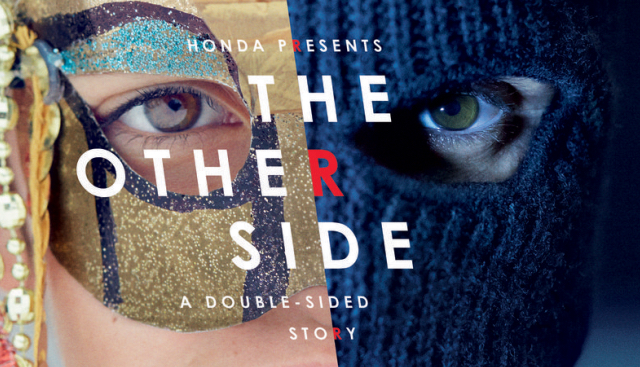 In the age of digital with everything calling for interactive this and interactive that, we seldom come across actual digital campaigns that are in fact interactive. The majority of online advertising is just short films or extended commercials. They lack any role for the user, just for a viewer. As an industry I think we’ve reached a point that we can all agree that interactive advertising isn’t easy. The barriers are high to get people 1) interested 2) excited to spend time with your communication or “thing.” Honda has done a great job of overcoming these barriers with this fine piece if interactive work.The key to success is to make things that are interesting to people, but also provide an easy way to interact.