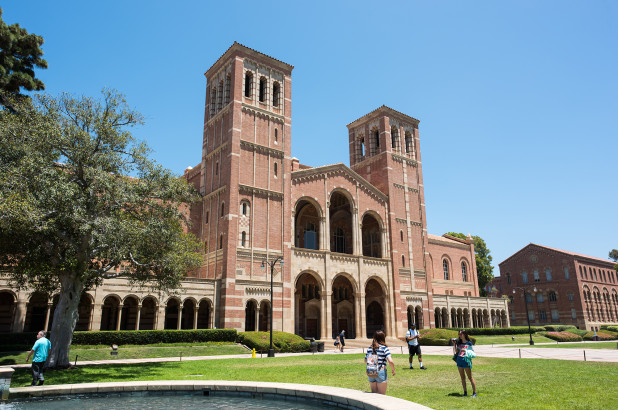 Last week, the University of California opened the world’s first institute to study kindness. The idea would be to pool the knowledge gleaned from researchers and house all of their insight about kindness in one place.

A few topics the institute is looking to dive deeper into include:

Researchers even agreed on an academic definition for kindness: an act that enhances the welfare of others as an end in itself.

But it’s not all philosophical. Data from UCLA scientists has already shown mindfulness and kindness alter the behavior of genes, turning down those that promote inflammation, which can lead to heart disease or certain cancers and turning up the activity of genes that protect against infections.

Why it’s hot
As student enrollment continues to decline and people opt for nontraditional career paths, public and private higher education institutions are adding programs and offerings with seemingly little strategy behind them. Since 2012, 41,446 degrees or certificate programs have been added across the country.

UConn offers a BFA, an MA, and an MFA in Puppet Arts. One can get a degree in bagpiping from Carnegie Mellon in Pittsburgh. Even Notre Dame offers an interdisciplinary academic field called Peace Studies.

Will these new offerings drive action and shift the “is college worth it” narrative that continues to be omnipresent? The verdict is still out.

There’s a new addiction sweeping college campuses, and it’s not a drug. A Baylor University study last year noted that “approximately 60 percent of college students admit they may be addicted to their cell phone, and some indicated they get agitated when its not in sight.” Students spend nearly 21% of class time using a digital device for an unrelated activity like email or social media, according to conducted by the College of Journalism and Mass Communications at the University of Nebraska, Lincoln. They also check a digital device 10.5 times per class day on average.

Pocket Points is aiming to rehab students with its app that rewards users for not using their phones during class. The company just raised a $600K seed round, and is now live at over 150 schools, with over 100,000 users on the platform. The app was developed by two students at the University of California, Chico campus.

Here’s how the app works: Academic buildings on campus are geofenced by the company, and once inside a student can open the app and successfully check in. Students then lock their devices and accrue points for every minute that they stay off their phones while remaining in class. It takes about 20 minutes to earn one point, but there is potential to gather points faster. The more students who are using it on campus at the same time, the faster the points add up.

Pocket Points rewards students for keeping their phones locked during class by offering them discounts at local businesses, including restaurants, clothing stores, merchandise at the college bookstore and tickets to athletic events. For local businesses in college towns, this is an opportunity to reach their target market – the students on their mobile devices.

From a parent’s perspective, college is an expensive investment. We know there are a lot of distractions and students have to be motivated to attend class and study. So if we need to reward our kids with pizza and subs in order for them to pay attention to a one-hour lecture seminar, then it’s a good thing.

Whether you are on a college campus or on the streets of NYC, when walking home alone after a night out we must all take extra safety precautions to keep ourselves out of harms way. It has been shown recently that sexual violence on campus has reached all-time high levels, so in response to this epidemic, a new app called MrGabriel has been developed bringing safety to its users by using wearable sensor technology with machine learning and real-time data.

When wearing or using the Apple Watch or iPhone, MrGabriel monitors all sudden moves or change of pace that could be interpreted as signs of danger. If these seem irregular, the app sends a user message asking if they are OK and if they do not respond or dismiss the message, that triggers an alert in the form of an SMS to the three of the users chosen friends or family members called “angels.” The SMS (chosen because it has the strongest signal instead of internet connection) relays the message that their friend needs help, and provides them with their exact location, time of the alert and the user’s phone number to call immediately. The location is updated every 10 seconds or every yard until the user cancels the alert from the device. Instead of calling 911 immediately, friends/family were chosen to be the point of contact in case there are errors or accidental dismissals of the confirmation screen. 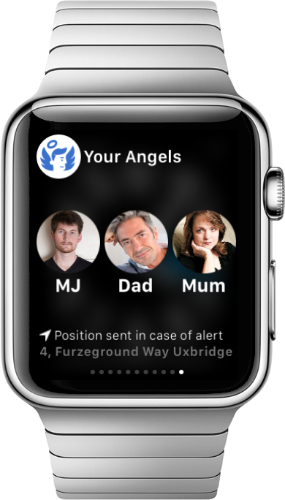 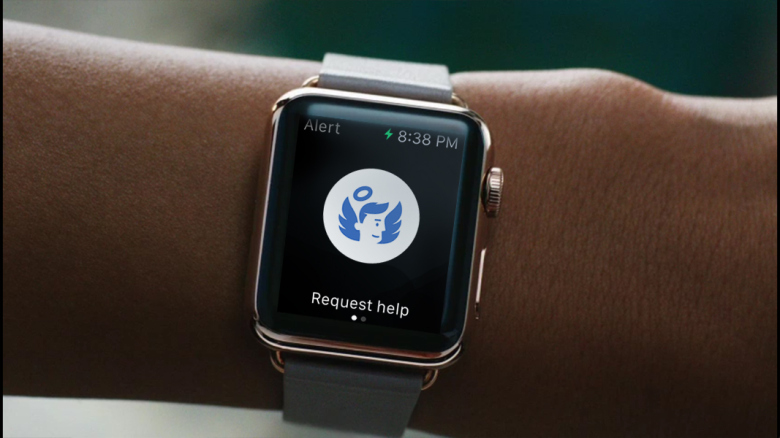 There have been other apps similar to this,like Guardian and Stiletto, but they all focus on manual activation which isn’t as effective when someone is in real danger. MrGabriel focuses on sensors and artificial intelligence to determine changes in behavior that trigger an alert as opposed to manual activation, making it much more practical and useful. With the technology we have it is important that we do everything we can do keep ourselves, family and friends safe. I think this could help keep people more safe and prevent more tragedies from occurring.

Amid their interest in millennials, marketers look to the 19 million-plus US college students as an audience worth courting. After all, it is a mostly millennial subset that already deploys considerable spending power and (with degree in hand) will be poised to outearn and outspend noncollege millennials for decades to come.

An October 2014 Student Monitor survey probed students’ preferences in the media through which they learn about products and services. Internet ads got more mentions than TV ads, albeit not by a vast margin. Email messaging had a significant constituency, despite the popular notion that young people regard email as hopelessly old-fashioned. Not registering in double digits (and, hence, not included in the chart here) were ads in campus or national newspapers, printed catalogs and information on a company’s Facebook page.

The proliferation of social networks and mobile messaging services has provided college students (and others) with social options beyond Facebook. But Facebook remains the social venue where students are most likely to interact with brands, according to a July 2014 survey by ID.me, where 86.2% of US college students said they followed brands on the social network. (One caveat: This poll was conducted via Facebook.) The Facebook-owned Instagram was runner-up, at 43.3% of respondents.

Smartphones and tablets also come into play in students’ shopping, especially for research. But as a July 2014 survey for the National Retail Federation found, this tendency has plenty of abstainers. More than four in 10 respondents said they did not plan to use their phone or tablet for researching or buying back-to-school items.

Given the high incidence of mobile usage among students, brands naturally see it as a channel for reaching this audience with ads. Research by Ball State University, as summarized in an April 2014 release, might prompt second thoughts. According to Michael Hanley, advertising professor and director of the university’s Institute for Mobile Media Research, “research continues to show young people are annoyed by mobile ads. About 65% of students report receiving mobile ads, and 70% of them don’t like it.”