Victoria’s Secret, founded with the idea men should feel more comfortable shopping for the women in their lives, is trying to reframe itself as a brand that’s actually made with female customers in mind. But that’s a tough message to deliver when most of your management is male

Victoria’s Secret has been trying to reconnect with customers who’ve increasingly turned to rivals that embrace female empowerment and diverse body types, like Aerie and ThirdLove, rather than Victoria’s Secret’s traditionally sexy and skinny aesthetic. That has hit comparable sales, a key retail metric, which have dropped for five straight quarters at the underwear chain.

To be sure, it has made some steps toward an overhaul: The company said in May it would pull its fashion show from network television after 23 years. Ed Razek, who crafted the chain’s annual event with the defining image of lingerie-clad models with angel wings, left over the summer. Earlier this year, activist investor Barington Capital Group LP pushed for changes and successfully nominated two new women to the board, bringing the share of female directors to more than 40 percent

It’s hard to change. It’s especially hard when you as brand have done a good job of culturally defining a persona that everyone wanted to become or be with. In world where differentiation is key was it a bad decision for VS to remain their sexy image? How could they’ve remained loyal to their roots while also becoming the change agent for defining what “sexy” means? How does a company make the decision to throw away the incumbent leadership (predominantly male) for a fresh perspective (female leadership)?

It’s a testament to the staying power of the Pepsi Challenge —first introduced in 1975—that random pedestrians aren’t freaked out by bubbly strangers asking them to eat unlabeled food. Instead, the offer evokes a giddiness at being selected for such an important task.

So the people chosen for a recent “Coke Challenge” were understandably intrigued, even excited at the prospect of learning a bit more about their own tastes. Instead, they got a brush with death.

The “coke” in this case was, of course, cocaine—one baggie filled with pure powder, and the other containing cocaine laced with enough fentanyl to kill anyone who snorted it. Cocaine is increasingly being cut with the synthetic opioid to increase its effects, but that is driving overdose deaths. In 2017, the CDC attributed more than 7,500 deaths to cocaine laced with fentanyl or other synthetic opioids.

Fentanyl tampering can’t be detected by sight, smell, or taste, so recreational drug users take a risk every time. They’re also in more danger than regular drug users, because they typically have no tolerance to opioids.

Like the real Pepsi Challenge, though, the head-to-head comparison was a marketing tactic, created by DanceSafe, a U.S.-based non-profit that sells fentanyl test strips they say can detect the presence of the drug. The organization’s focus is on safety and education in the electronic dance community and is known for bringing adulterant screeners to raves that can check for unexpected tampering. DanceSafe is neither for or against drug use, so there’s no judgment in the campaign, just a bit of humor, evident in the tagline, “Know before you blow.”

Rather than taking a staunch anti-drug approach, the campaign focuses on reducing potential harm to people who choose to use recreational drugs. The video of the challenge was released in time for International Overdose Awareness Day on Aug. 31.

Sometimes you don’t have to reinvent the wheel – you just need to re-frame it (re-spoke it? re-mount it? cars, Idk). Part of what makes this execution so relevant is it takes something everybody knows (the Pepsi Challenge) and turns it on its head. Grounding something foreign (fentanyl) in a cultural known (taste testing) lends credibility and lightheartedness to a topic that can seem daunting.

Culturally, this product also fits into a new attitude surrounding drugs. With the opioid epidemic continuing to grow and fatalities rising, gone are the days of “just say no” and “this is your brain on drugs” (cue cracking eggs) – the priority with products like DanceSafe and Naloxone is trying to reduce overdoses when people use drugs. Question: Will this new mindset surrounding drugs have any halo effect on the medical field as a whole?

Who doesn’t love Dorito’s? Nacho, Cool Ranch, Flamin’ Hot, whatever you fancy, they’re a classic and delicious snack. But for as long as they have existed, eating them has come at a price – Dorito’s fingers, the unshakeable film of Dorito’s dust that ends up all over everything you touch unless you clean your hands after each chip.

But your clothes, furniture, pets, and gaming controllers no longer have to live in fear, for the Dorito’s Towel Bag is here, giving Dorito’s lovers a way to clean their hands while eating their favorite snack.

It’s a beautiful example of a brand embracing its essence, while improving its experience. Dorito’s dust is part of what makes Dorito’s the chip they are. But instead of eliminating it and changing the product, they created a new one to embrace their product’s dark side.

Bark, the company behind subscription service BarkBox, is opening a dog park in Nashville. It will provide a place where dogs can roam free off their leashes, while serving as a social gathering spot for their human friends. 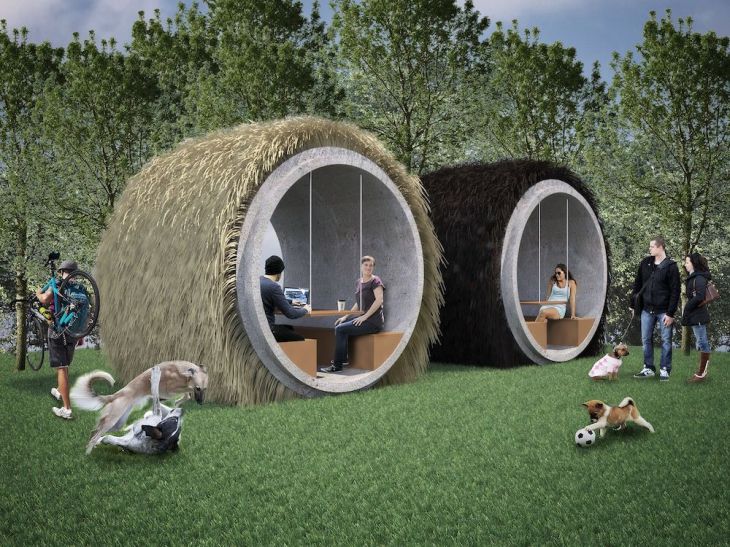 Of course, there will be Bark branded toys and treats for dogs to try, with a selection available for purchase. There will also be free WiFi, a coffee shop, and weekly programming including live music and beer tastings.

To access BarkPark, dog owners will have to purchase day passes for $19 or select a membership package, with options for four-week ($49) or seasonal passes ($78). The members, however, are the dogs – which means any two humans can accompany the dog on any given visit. The pass can conveniently be shared by different family members and with dog sitters.

The Nashville location will open on September 8th for three months until its closed for the winter, giving Bark the chance to test and learn before considering opening up additional locations.

BarkPark seems like a natural brand extension with high potential. They already do a great job of fostering loyalty among passionate dog lovers, and providing a place that owners and dogs can enjoy together will only cultivate that loyalty further.