Bon & Viv Spiked Seltzer launched a campaign to promote a taste test challenge of competitors’ beverages. The Anheuser-Busch brand asked consumers to take a polygraph about which hard seltzer they prefer, with the chance to win $1,000.

White Claw might be driving market sales, but Bon & Viv is taking them on in a playful way to get hard seltzer drinkers to reconsider. 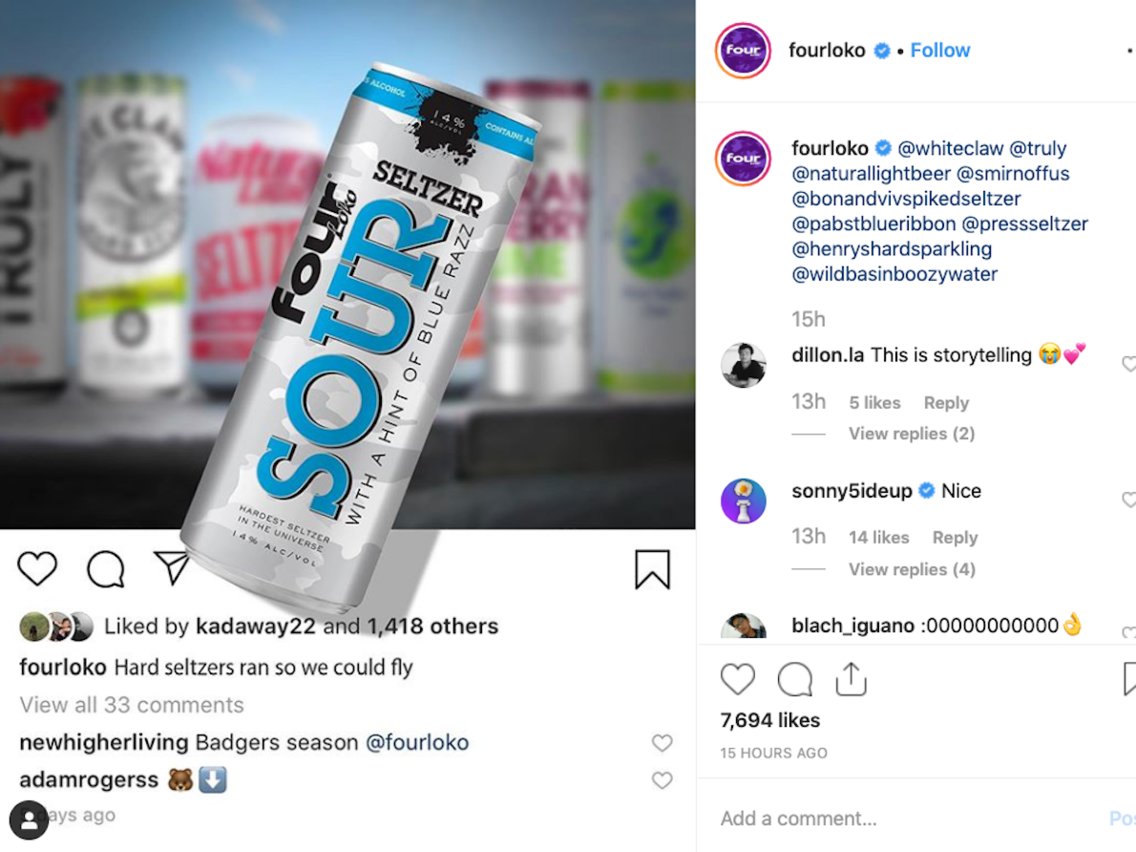 Four Loko appears to be entering the battle to become the drink of choice for the modern “bro” with a new hard seltzer.

On Tuesday, Four Loko posted images on Twitter and Instagram showing a Four Loko seltzer labeled the “hardest seltzer in the universe,” with 14% alcohol by volume. For comparison, White Claw has an ABV of 5%.

“Hard Seltzers ran so we could fly,” the caption reads.

The hard-seltzer business is booming, with sales increasing by more than 200% over the past year, according to Nielsen. Over the Fourth of July weekend, the drink was the top-growing segment in the beer category.

“Throw a dart at my fraternity composite, and you’ll find a guy who’s into hard seltzer,” a college junior and fraternity member told Biron.

White Claw — owned by the private company Mark Anthony, which also operates Mike’s Hard Lemonade — currently dominates, with about 50% of hard-seltzer market share. But other companies are eager to cash in on those seeking hard seltzer with higher ABVs, especially as younger drinkers ditch beer.

This week, Natural Light and PBR announced their own hard seltzers. Natural Light’s hard seltzer is 6% ABV, while PBR’s is 8% ABV.Four Loko seltzer’s 14% ABV would be the highest in the increasingly crowded market. Four Loko, owned by the Chicago alcoholic-beverage company Phusion Projects, did not immediately respond to Business Insider’s request for further information about the drink.

Source: Business Insider
Why it’s Hot
Picking up on trends we talked about a few weeks ago, this hard seltzer business is somehow picking up even more steam, and getting more ridiculous. 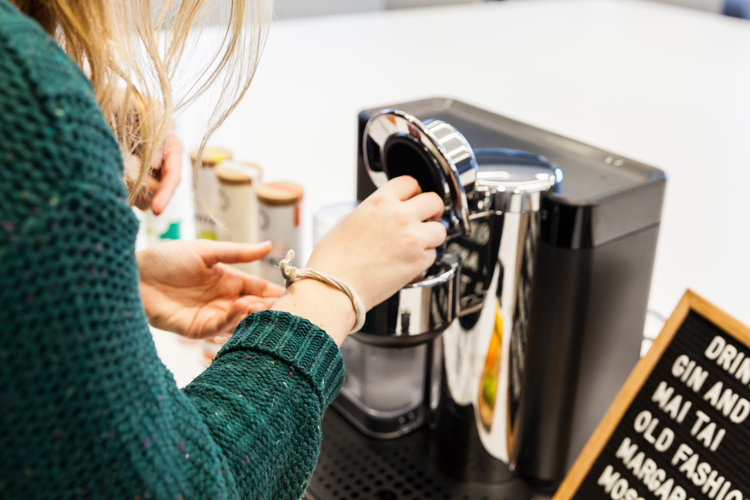 Drinkworks, a joint venture between Keurig and Anheuser-Busch transforms pods of distilled cocktails into single-serve drinks such as gin and tonics, Mai Tais and Old Fashioned. It’s price point, $399, reminds us of the now infamous Jiucero’s price, not cheap.

Cocktail culture is thriving in the US as more and more Americans ditch beer and the industry giants are ready to play in the field. Each capsule will spout out a single-serve drink and act as an automated bartender for cocktail lovers and home entertainers alike.

“You can get a cocktail in a can, but it’s not the same experience,” Drinkworks CMO Val Toothman told Business Insider. “Cocktails … are a culture. It’s an experience. You want something crafted, freshly made.”

Why it’s hot: Pod machines are under more scrutiny since the Juicero scandal and companies have to bring a real products that really innovate to solve real needs to market.

Have you ever had the misfortune of purchasing a bottle of wine on recommendation, only to realize that its “nutty flavor” is incompatible with your taste buds? Have you bought a beer and immediately realized that, despite winning awards, isn’t up to your standards? Here to prevent the disappointment of buying an unsatisfying drink, smartphone app Next Glass analyzes your beverage preferences and predicts which brands are worth your bar tab.

The first time you open the Next Glass, the app asks you to establish a “taste profile” by identifying your current favorite beers and wines, as well as your preferred flavors and textures. The app cross-references your profile against its own database of 23,000 bottles of wine and beer.

To create this database, known internally as the “Genomic Cellar,” Next Glass uses high technology analyzers to catalog the molecular composition of each beverage. A AU400 chemical analyzer and a High Performance Liquid Chromatography Mass Spectrometer (both used traditionally in medical blood sampling) index the levels of ethanol (alcohol) and glucose (sugar) in each sample.

Harnessing this R&D, Next Glass users can walk into their local supermarket and simply scan the label of a bottle of wine or beer. Next Glass will “score” the likelihood that you will like the beverage with 96% accuracy, dependent on the compatibility of your profile and the beverage’s DNA.

If the label is difficult to read, users can type out the drink name and manually search the database. Small-batch beers or wines that aren’t registered in the database can be submitted. Thus, the more people that use Next Glass, the more helpful it is for the adventurous consumer.

CEO and Founder Kurt Taylor brainstormed the idea for Next Glass after a poor wine recommendation. “At that point, we were trying to figure out what happened. What we realized is there is no universal language for describing taste,” Taylor says. “That is where the whole idea came up that if we could define how wine and beer objectively taste, then we could provide great recommendations and help people learn to discover all sorts of new things.”

Next Glass, which launched Nov. 20, has already begun an effort to index the country’s microbrews. The Next Glass “Beer Census,” which launched in September, is canvassing the country, in hopes of cataloging craft beers and uniting Americans through preferred tastes. 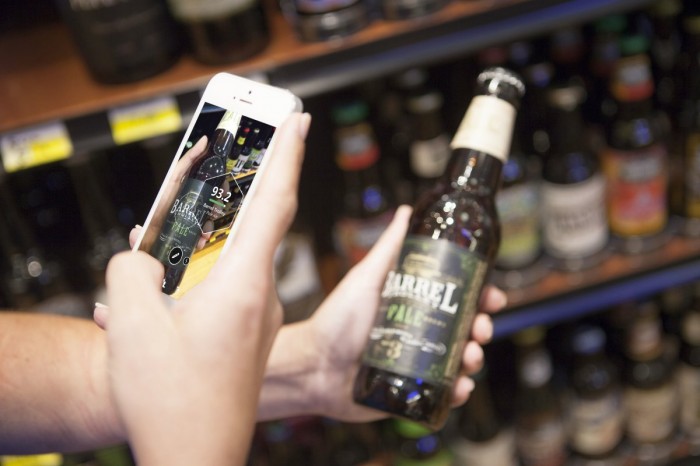 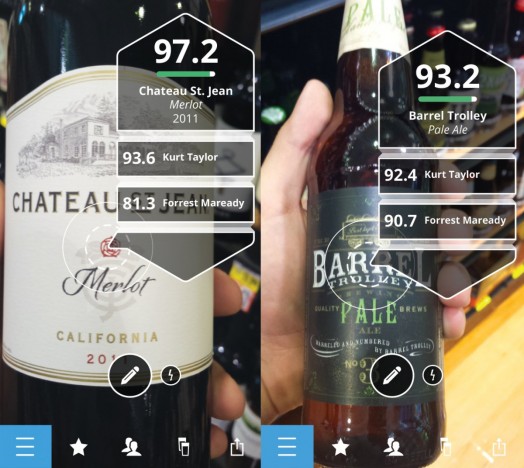 Harnessing big data for superior user experiences is an area we focus on frequently. This is a cool output of that, which I would actually use!