Typically when you think of advertisements, you don’t think of cattle. Knowing that people are served thousands of messages a day, whether it be by mobile, TV, or the standard billboard sign… people often miss the crux of all ads because the space is flooded with messages. Therefore, I think this was a very clever idea because its all about thinking outside of the box in order to grasp someones attention. The placement couldn’t be any more perfect considering that people can’t help but to sight see and look at animals in the countryside.

Snapchat has a new source of revenue, via the geofilters that have become very popular to use amongst users. Those using the app in the past few months have likely noticed the availability of unique filters based on their geographic location at the time they send the photo or the video. Here are some examples of these filters.

Now, Snapchat is offering brands/corporations opportunities to design their own location-based filters, for a cost. McDonald’s is the first company to embrace this new marketing opportunity. 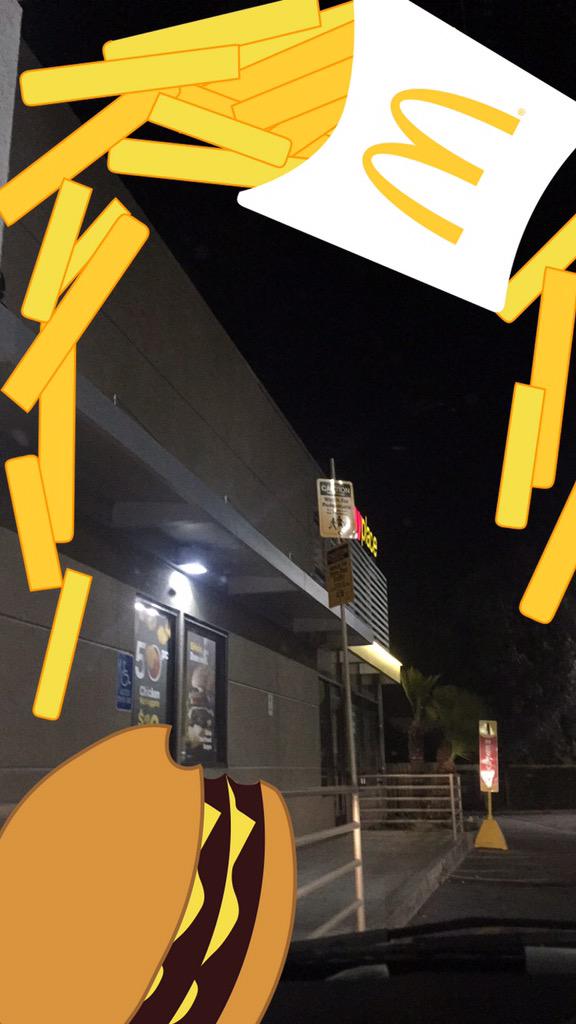 With 65 million active users, one of the biggest questions regarding Snapchat relates to how it can connect advertisers to users without scaring them away from the app. Using filters to make this connection is arguably the most creative and least intrusive way that in a way, that feels like a natural extension of the geotag feature. One possible shortcoming of this idea is that it arguably offers minimal exposure for corporations that don’t operate in a strictly “physical location”.

For more about this, check out this link.

These days, consumers are increasingly more aware of the lengths that advertisers go to find, target and track them online. But because online advertising remains an area shrouded in mystery, the medium carries a high level of skepticism and negativity in consumers’ minds.

Here enters Floodwatch, a new browser extension created by Jer Thorpe and the Office of Creative Research. Billed as “a collective ad monitoring tool for social good,” Floodwatch actively watches and archives the ads served to users running the extension. The tool gives users an instant window into particular ads they’re served to understand who’s serving them and uncover patterns about why they may see certain ads.

Some in the advertising world will undoubtedly see Floodwatch as a threat, reducing their abilities to target and limiting some “questionable” tactics. But we are all consumers, and as such we should applaud Floodwatch as a protection. Ethics aren’t sexy but they sure matter, especially in areas like digital where there may not be “rules of the road” to govern and moderate behavior. By challenging advertisers, Floodwatch is helping to make the Internet a better place to be. And who knows, maybe online media may become more trusted if consumers are more empowered to understand themselves as targets.

Coca-Cola breaks new ground with a TV commercial this week titled “This is AHH” comprised almost entirely of short video clips made by their young fans. A few months ago Coke asked teens to submit short video clips sharing what it feels like when they take a sip of Coke. The best clips would be featured in a national Coca-Cola TV ad. As Coke put it, “AHH is that indescribable feeling you get from a sip of Coke. We asked our fans to show us their best interpretation of AHH for a chance to be in a national commercial, and it turns out “AHH” feels a little something like this. We had no idea. “

Coke received 400 entries and chose 40 for the final cut. The clips in the ad came from all over the world — from Brazil to Salt Lake City to Jacksonville, FL. This ad debuted on Wednesday’s season finale of American Idol and will run on teen-friendly networks including the CW, MTV and Adult Swim. The spot is part of Coke’s teen campaign called “The AHH Effect,” now in its second year.

Coke’s reliance on user-generated content for a television campaign targeted at teens seems to signal a lot about this younger generation and what brands will have to do to engage it in the future. Interactivity is extremely important for younger audiences. They are a group that aren’t satisfied with just being told a story, but want to help tell the story, affect the brand, and, in this case, literally see themselves in that brand’s story.

Most kids in middle school or high school have grown up with YouTube and Facebook. They spend most of their time on mobile apps, like Snapchat. They are used to interacting with their media, controlling it, and, in some cases, creating it.

The future of advertising — where these teens are the most coveted market — will be about engagement. Brands will have to start thinking, like Coca-Cola, who has always been open to letting consumers interact with its brand. Companies will need to engage their consumers, not only emotionally, but through action and interaction.

Many believe Nike’s World Cup ad “Write the Future” set the standard for sports advertising in 2012. (You can watch it here) and it is safe to say the new ad did not disappoint.

You can watch the video here:

Why it’s Hot
First, did I mention that this ad, although obviously alluding to one of the world’s biggest sporting competitions, never mentions the World Cup. Why? Perhaps it is because the games are sponsored by Nike’s rival – Adidas.

Additionally to me, it’s also amazing to see the power of international brands taking the largest names and competitors in a single sport and getting them together to film an ad. Also, in a way, I see this as ad sending a positive message to the world. The ad emphasizes the fact that occasionally the world can come together for a for less serious and more peaceful purposes – for the love of the game