For anyone watching the NCAA championship game between Duke and Wisconsin, they were treated to a commercial of a thirst-quenching pour of fizzing Diet Coke into a glass of clear ice.  But if they opened the Shazam app as prompted, they also saw the pour on the device’s screen as it synched up with the pour on TV. When the pour was done, they received a coupon for a free bottle of Diet Coke from a participating retailer.

This was part of a “drinkable campaign” from Diet Coke that also saw the company sponsor the Final Four with a 26 x 36 drinkable billboard.  According to psfk.com, “The first-of-its-kind structure features a massive contour bottle and a swirling straw, spelling out the words “Taste It.” Weighing in at 23,000 pounds, the billboard magically appears to pour out ice-cold soda into six drinking fountains for anyone at the sampling station.” 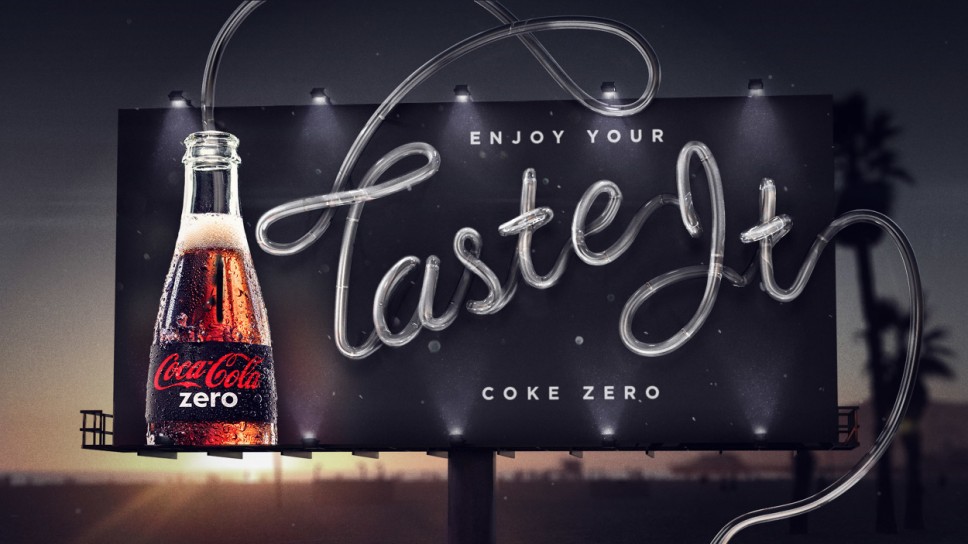 Coke is finding new ways to advertise  and create desire for its products while people are “in the moment.”  It’s letting consumer experiences products in ways they would not otherwise engage.  And in the process, perhaps creating new ways to distribute coupons and create consumption opportunities through out-of-home advertising.