Kik is starting to get more targeted with its fledgling ad business. Kik said yesterday that it is giving brands the ability to deliver promoted messages based on gender, country and device—Apple or Android.

Kik is a popular but still underestimated messaging app that works like a hub of contacts and content on mobile devices. Kik has registered more than 200 million downloads, and is consistently near the top of app ranking charts, just below a top echelon that includes Facebook Messenger, Instagram and Snapchat. Kik is operating in a young space, with millions of teenagers on the app because it doesn’t require a phone number to join. It competes against Snapchat for the attention of the youth and is trying to keep up with that app’s innovations and ad ambitions.

We all know that brands are using Snapchat everyday. Last August, Kik started allowing brands to build a follower base.It later introduced keyword capabilities that helped brands communicate with fans through automated responses based on the keywords.

The big unveiling that started yesterday was that Kik allows brands to target their fans by gender, country and device.

Kik also revealed reporting capabilities to measure the effectiveness of Promoted Chat campaigns after they run.

Kik launched its first native video player that allows for filming and sharing footage right in the app. Since Kik has a video chat feature, it will be easy for brands to send messages to followers with video content.

Why It’s Hot: We know that brands use Snapchat (a similar app) frequently, but with Kik adding new features it gives us the opportunity to take our brands to a whole new level that they haven’t been able to before. 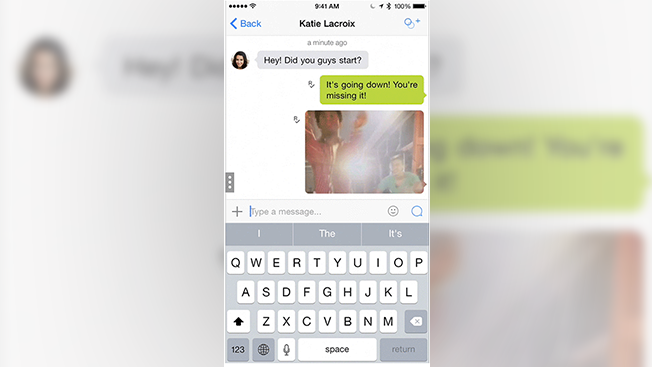