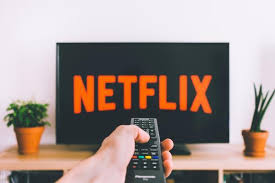 Netflix announced that it would begin reaching out to inactive users, who haven’t streamed anything on the platform in a year or more, this month. The pandemic’s impact on the economy inspired the company to ask these customers if they would still like to subscribe. If the users don’t respond, Netflix will automatically stop billing them for the subscription; as Netflix explained, “The last thing we want is people paying for something they’re not using… we hope this new approach saves people some hard-earned cash.”

Let’s be clear: With its latest ‘sacrifice’, Netflix isn’t exactly chopping off a limb here. In fact, these so-called zombie accounts make up less than half of 1% of Netflix’s total user base (which, by the way, has grown by over 15 million as a result of COVID).

Still, this proactive approach deserves applause. Especially when it seems like every industry (not just entertainment!) is trying to get in on the recurring revenue game; even brands like Panera (unlimited coffee for USD 9/month!) and Litterbox (that’s right, cat litter!) are launching subscription services. But consumers are fully aware, of course, that most brands will purposely make these services a hassle for customers to cancel. Netflix’s gesture stands out as a rare play in this sector, as the brand shows consumers — even those who choose not to pay them! — that it has their best interests at heart, and that they’ll make cancelling a zero-effort process. And as a result, the subscription services that don’t demonstrate equivalent levels of empathy will stand out.

Why it’s hot: While most companies want us to know what they’re doing so we feel good about continuing to subscribe to them/buy from them/consume content, Netflix seems to be stepping it up a bit by leveraging a re-engagement campaign in a new way. Instead of actively pursuing lapsed customers to continue their subscriptions, in these trying times, Netflix is making it easy to opt out of its service and if you’re so out of touch from them, they just won’t charge you. This could go a long way for good will in the future as people start to reestablish their fiscal comfort. But also, being honest, if you’ve been lapsed for over a year, they’ve already reaped enough extra cash from you. Hopefully this gesture will encourage other companies to do something similar.