Netflix has been plastering what would have been cocaine hotspots in the ’90s, aka bars and clubs and their bathrooms, with punny one-liners and facts about the Cali Cartel to educate viewers and build excitement around the latest season. 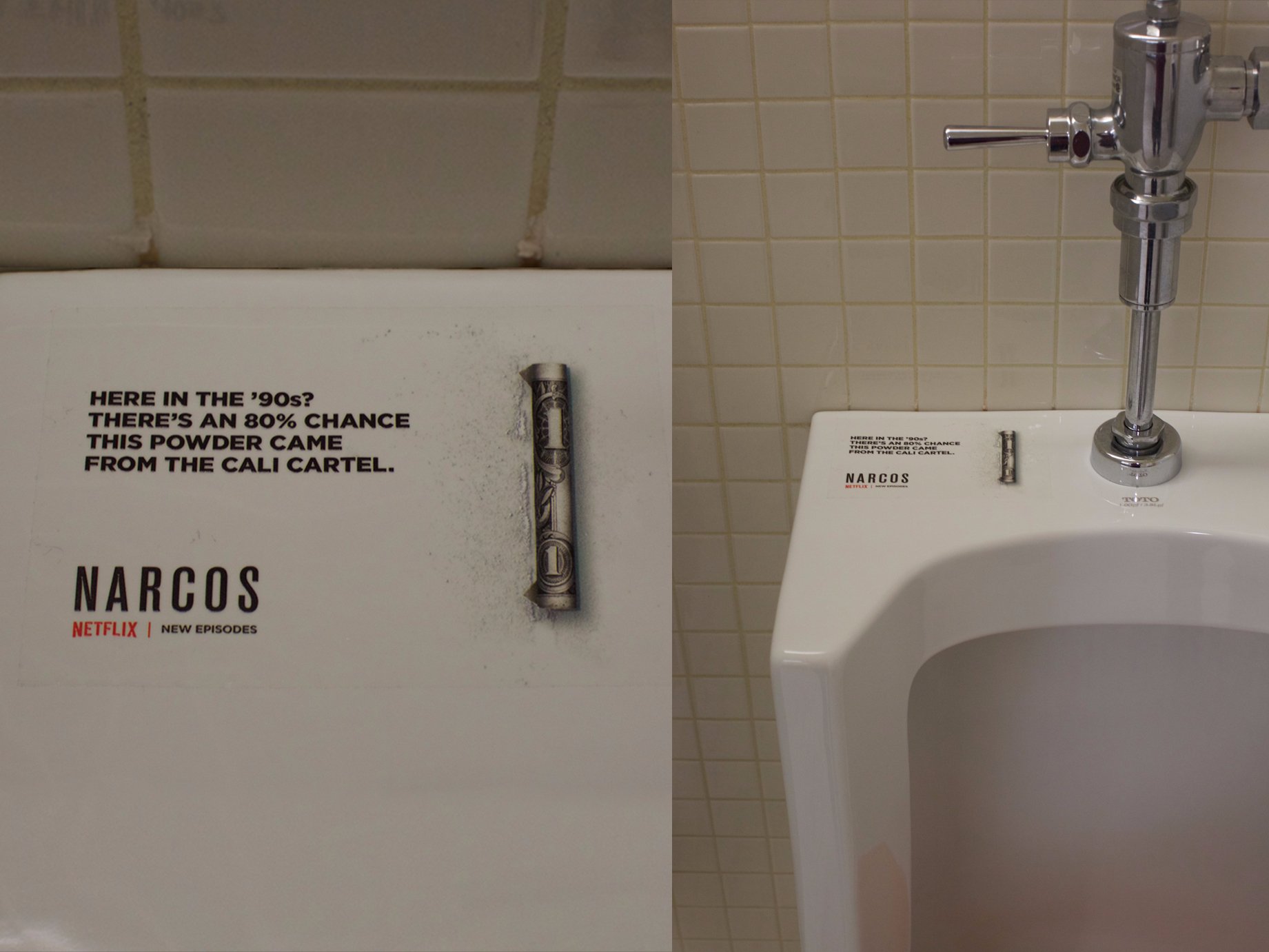 The streaming giant has placed stickers and coasters in locations across over 160 bars and hotspots in Los Angeles, Chicago, New York and Miami, where unknowing Cali Cartel customers may have used their product in the ‘90s. The campaign began rolling out Sept. 1.

One coaster, for example, features a rolled up $1 bill with a powdered white substance on the side and the lines “Need a great pickup line?” Another sticker shows a credit card next to several lines of a white powdered substance and the quote “The Cali Cartel built a $200 billion empire one line at a time.”

“We wanted to not only be disruptive and place the idea where people would least expect it, but it was just as important for us to continue the story that Netflix is telling,” said Jason Gaboriau, Doner Los Angeles’ chief creative officer. “Netflix is first and foremost about storytelling. This is just a continuation of the story — a segue if you will to the next chapter — in a contextual setting so we’d be heard.”

The contextual ads follow the same approach that Netflix has adopted in previous seasons, using fact-based campaigns and utilizing statistics to illustrate the storyline. Last year, before releasing the show’s second season, for instance, Netflix launched a Tumblr site called ‘Narcopedia’, an interactive experience that took viewers through the history of cocaine and provided in-depth information on the war on drugs.

The approach seems to be working. According to data crunched by social analytics firm Brandwatch, while there has been some mention of viewers “missing Pablo” online, the Cali Cartel is gaining prominence, with over 7,000 mentions over the past month versus “Pablo Escobar,” which has about 2,300 mentions.

The last notable OOH contextual campaign I remember for OK Google was entertaining and insightful. It’s refreshing to see marketers having a good time with non-digital channels. And also notable that they are measuring it via social chatter — as often times we question how “stunts” can show measurable ROI.