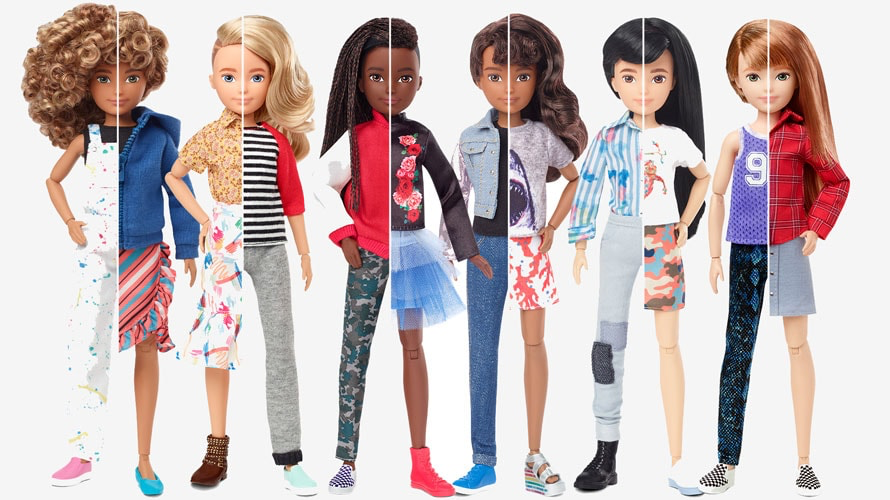 Mattel released the new Creatable World doll this week, the world’s first gender-neutral dolls designed to “keep labels out and everyone in.” The dolls are designed for children who identify as transgender, gender-fluid or nonbinary.

Mattel is hoping to redefine who gets to play with a toy traditionally deemed taboo for half the world’s kids. The dolls are designed to look like kids with makeup-free faces and can be a boy, a girl, neither or both. There are no Barbie-like breasts or broad, Ken-like shoulders. Each doll in the Creatable World series looks like a 7-year-old with short hair, and comes with optional wigs and a gender-neutral wardrobe.

The company is betting on where it thinks the country is going, even if it means alienating a substantial portion of the population. A Pew Research survey conducted in 2017 showed that while 76% of the public supports parents’ steering girls to toys and activities traditionally associated with boys, only 64% endorse steering boys toward toys and activities associated with girls.

Mattel tested the doll with 250 families across seven states, including 15 children who identify as trans, gender-nonbinary or gender-fluid and rarely see themselves reflected in the media, let alone their playthings. Mattel sees an even broader potential for Creatable World beyond gender-creative kids. In testing, children chafed at labels and mandates no matter their gender identity: They didn’t want to be told whom a toy was designed for or how to play with it. They were delighted with a doll that had no name and could transform and adapt according to their whims.

Scientists have debunked the idea that boys are simply born wanting to play with trucks and girls wanting to nurture dolls. And yet creating a doll to appeal to all kids, regardless of gender, remains risky. But Mattel has taken risks in this area before. In 2016, it added three new body types to the Barbie; tall, petite and purvey.

“This is a rallying cry of this generation,” says Jess Weiner, a cultural consultant for large companies looking to tap into modern-day markets and navigate issues of gender. “Companies in this day and age have to evolve or else they die, they go away … And part of that evolving is trying to understand things they didn’t prior.”

Why it’s hot: This launch is an exciting advancement in the more traditional industry of children’s toys that have been late to adapt with the times. I’m curious to see how sales will be for these dolls because although millennial parents have advocated for less gender-specific children’s toys for years, not all parents agree or are comfortable with the idea of their sons “playing with dolls.”