This Audi Emits Nothing but Water Vapor, So Its Billboards Are Made of That Too. 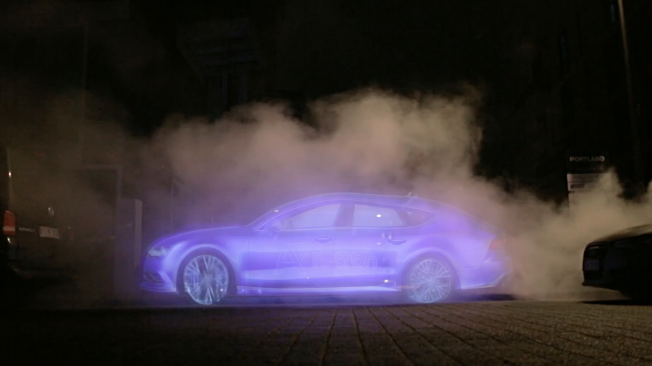 Innovative products deserve advertising that itself is innovative. This Audi campaign from German agency thjnk does a nice job of that.

The Audi A7 Sportback h-tron uses a fuel cell coupled with a hybrid battery and additional electric motor in the rear. Notably, nothing but water vapor comes out of the exhaust. And so, Audi created billboards that similarly leave nothing behind.

It’s clever and intriguingly produced, though it’s not quite clear how the effect is achieved. In any case, it’s perhaps most reminiscent of 2012’s “Invisible Car” campaign for Mercedes,which also promoted zero-emission fuel-cell technology—by draping the car with an LED “costume” that made it look invisible.

Why It’s Hot: I like the alignment between the product claim to fame and the execution of the OOH ad — it’s a good way to get consumers to “get it” while also grabbing attention and intrigue.