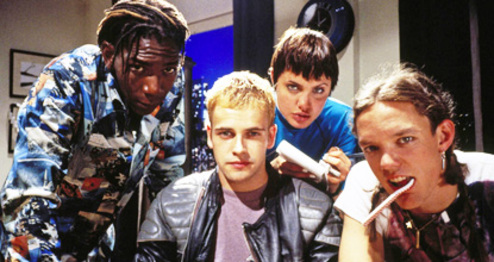 Hacking and data breaches are a serious issue, but stock photos don’t reflect the reality, instead painting hackers as mysterious phantoms.

To change this, OpenIdeo has announced a “cybersecurity visual challenge” to “re-imagine a more compelling and relatable visual language for cybersecurity.”

Designers of all backgrounds are invited to submit proposals for more accurate (and appealing) stock images, in order to shed light on the danger of data breaches. The hope is that visuals, which represent the reality of cybersecurity, will make the knottiness of data privacy, as a topic, more accessible for a public audience with varying levels of understanding.

Submissions for this (re)design contest are being accepted through August 16. The company has announced that 25 short-listed contestants will receive $500 and a mentorship period with in-house designers; once the final winners are announced October 24, up to five winners will each receive $7,000 prizes for their contributions. And, in an effort to repopulate the public domain, these winning visual creations will all be available via free licensure on Creative Commons.

It’s an interesting tactic to fight cyber crime by ensuring something as simple as a stock photo properly communicates the seriousness of the issue.