The worst thing about being in a band is waiting for the guitarist to set up and adjust—and re-adjust, and then re-re-adjust—his collection of effects boxes and pedals. But it seems the biggest name in guitars is out to fix that. The Fender Tone app for iOS and Android manages thousands of pre-set guitar effects and delivers them via Bluetooth or WiFi to Fender’s new line of Mustang GT guitar amps. 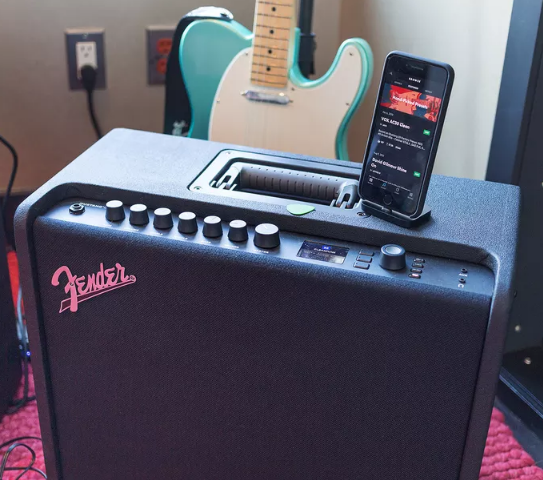 Similar to other consumer technologies, Fender has built the amp so that it does not get outdated. Fender has built around an ARM computer processor system, and can use Bluetooth and wifi to send updates in the form of presets, hardware tweaks, and features whenever Fender has updates. The amp will continuously update as other sounds, new amps, and features roll-out through Fender’s offering creating a one size fits all system.

“If we release a new amp, we can do a simulation of it on this amp,” Kaplan said. The Mustang models come in three sizes, ranging from a small $250 tabletop practice amp, up to a $600 model that can fill a venue with sound. In testing out the Mustang, Kaplan said the team created simulations that the average player would be “hard pressed to tell apart” from the amps they were copying the tone of.