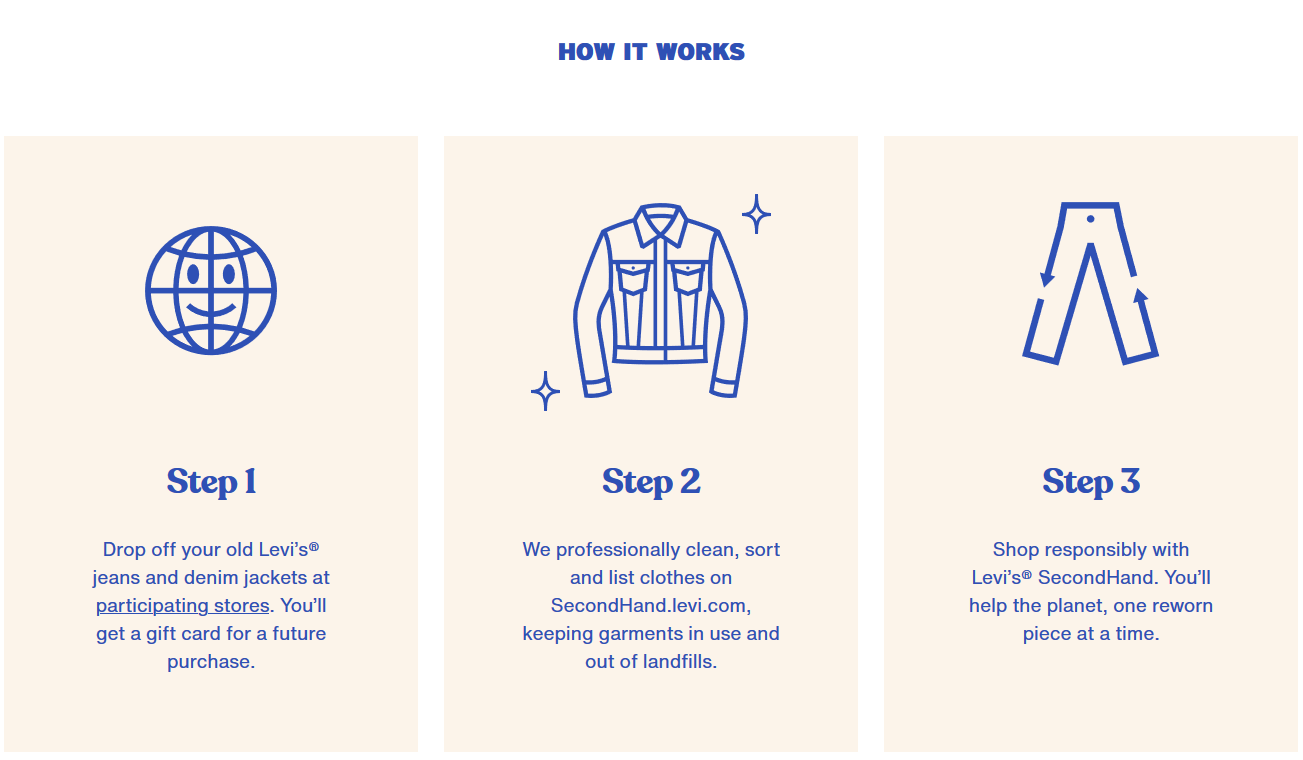 Levi’s Secondhand is one of the first buyback initiatives of its kind.

Levi’s latest sustainability efforts have lead the brand to launch a buyback program called Levi’s Secondhand, which incentivizes customers to buy and sell secondhand. Customers can trade in old pieces for a gift card, according to HypeBeast, and their used clothes then go up for sale on the company’s Levi’s Secondhand website. Levi’s also will handpick some vintage items, and feature them on the website, selling them from $30 to $150 USD.

According to Vogue, Levi’s is the first major denim brand to start a buyback initiative.

This could really make a difference, regarding the company’s annual carbon footprint.

For Levi’s Secondhand, the company has partnered with an e-commerce start-up called Trove, who will handle logistics, cleaning, inventory processing, and delivery, and it seems as though their joined efforts will make a major impact on the company’s carbon emissions. According to MR Mag, each pair of used jeans sold will save approximately 80 percent of CO2 emissions, as well as 700 grams of waste, compared to buying new jeans.

Levi’s joins the continuously growing resale market, which is predicted to skyrocket from $32 billion in 2020, to $51 billion by 2023, as emphasis on environmental consciousness continues to rise among brands and buyers, according to Fast Company. Because the fashion industry contributes about 10 percent of global carbon emissions, as well as 20 percent of global water waste, this initiative is incredibly important.

Not the first buy-back or second hand initiative from a brand. Patagonia has been doing their Worn Wear resell program for some time.

A unique challenge: Shopping second hand, online, across the decades. Since sizing has changed over time, how do you know your size is your size on a pair of vintage Levi’s?

1. There’s a tacit implication of quality and longevity in a program that buys back clothes and resells them, which aligns perfectly with Levi’s value proposition as a brand.

2. One of the challenges of sustainability is how brands can spin the idea into something beneficial to the consumer, without losing money. Levi’s has leaned into the “shop used” to save the earth meme as the value proposition without giving consumers much in return, and while at the same time, capturing the value of the returned jeans for the brand, in the form of a gift card for future purchase.

Voting season is upon us. So first, did you register to vote yet?

It’s brought up in most conversations I’ve had recently, even at work. All over everywhere and with customers wanting brands to align with their beliefs or have more of a community mindset there has been some brands taking a stand and asking, imploring you to take a stand as well.

What these emails have: (And what I consider Do’s)

1.) A message that connects the brand to voting

2.) Call to action to register

4.) Merchandise that is linked to voting.

What some of these emails have that are questionable:

1.) A hashtag that connects the brand and voting.

2.) Pairing unrelated products with no give back. 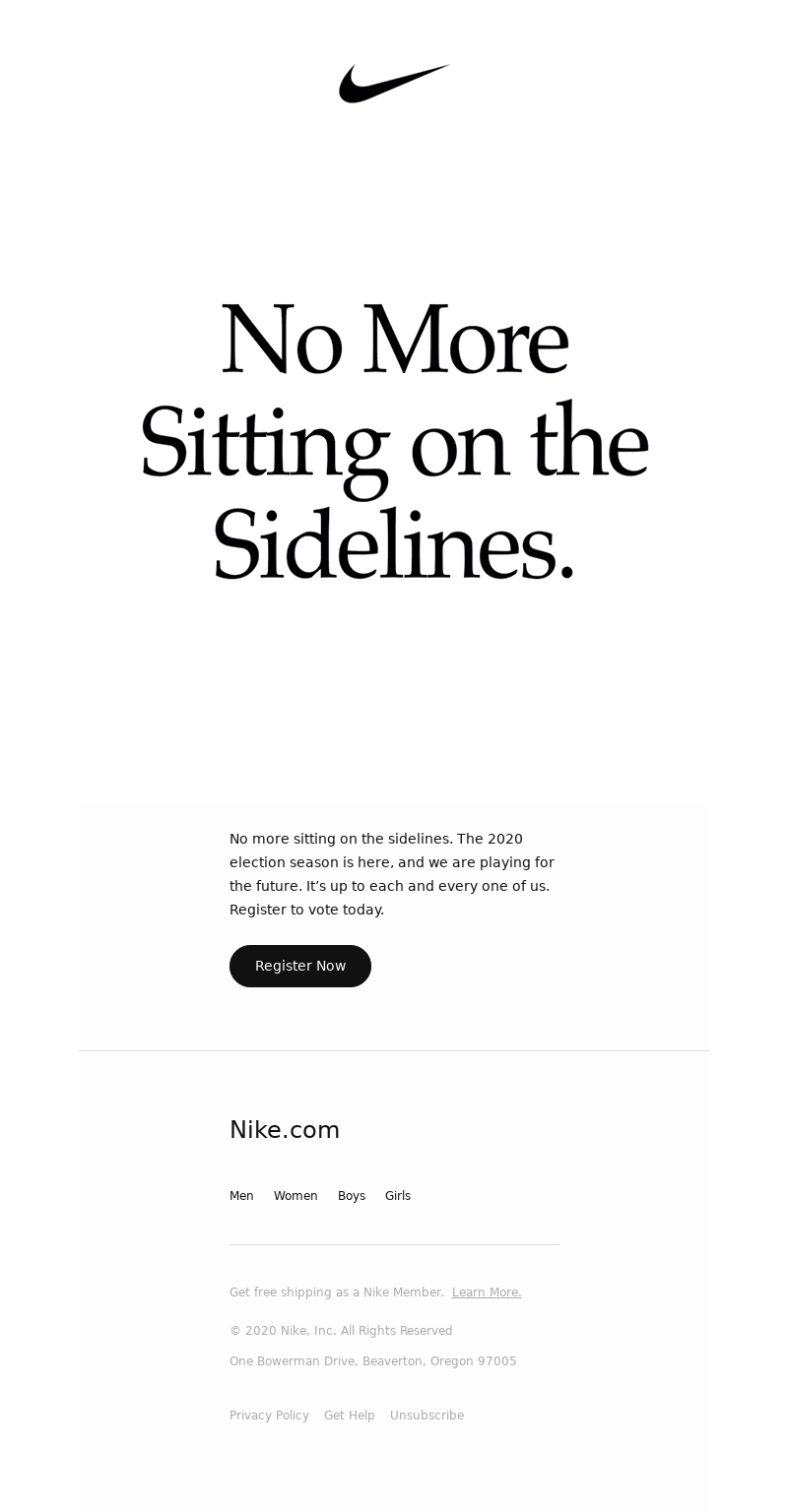 A moment to think about in communications, it doesn’t come often but could potentially have an impact on your audience when you do it right.

The well-known ice cream truck jingle has a racist past so Good Humor partnered with RZA to create a more inclusive jingle as a free alternative to the problematic tune “Turkey in the Straw.”

‘Turkey in the Straw’s’ melody originated from British and Irish folk songs, which had no racial connotations. But the song itself was first performed (and gained popularity) in American minstrel shows in the 1800s. Some songs using its same melody contained highly offensive, racist lyrics,” Good Humor explains.

While Good Humor hasn’t owned food trucks since the 1970s and didn’t create this jingle, they wanted to “be part of the solution on this issue” and create a more inclusive tune that can “continue to spread joy to everyone for the next 100 years.”

Good Humor will provide educational programming to teach drivers how to update the soundtrack on their trucks but also explain the importance of doing so. They’ll also be working with the company that makes ice-cream truck music boxes, to pre-install the new option. 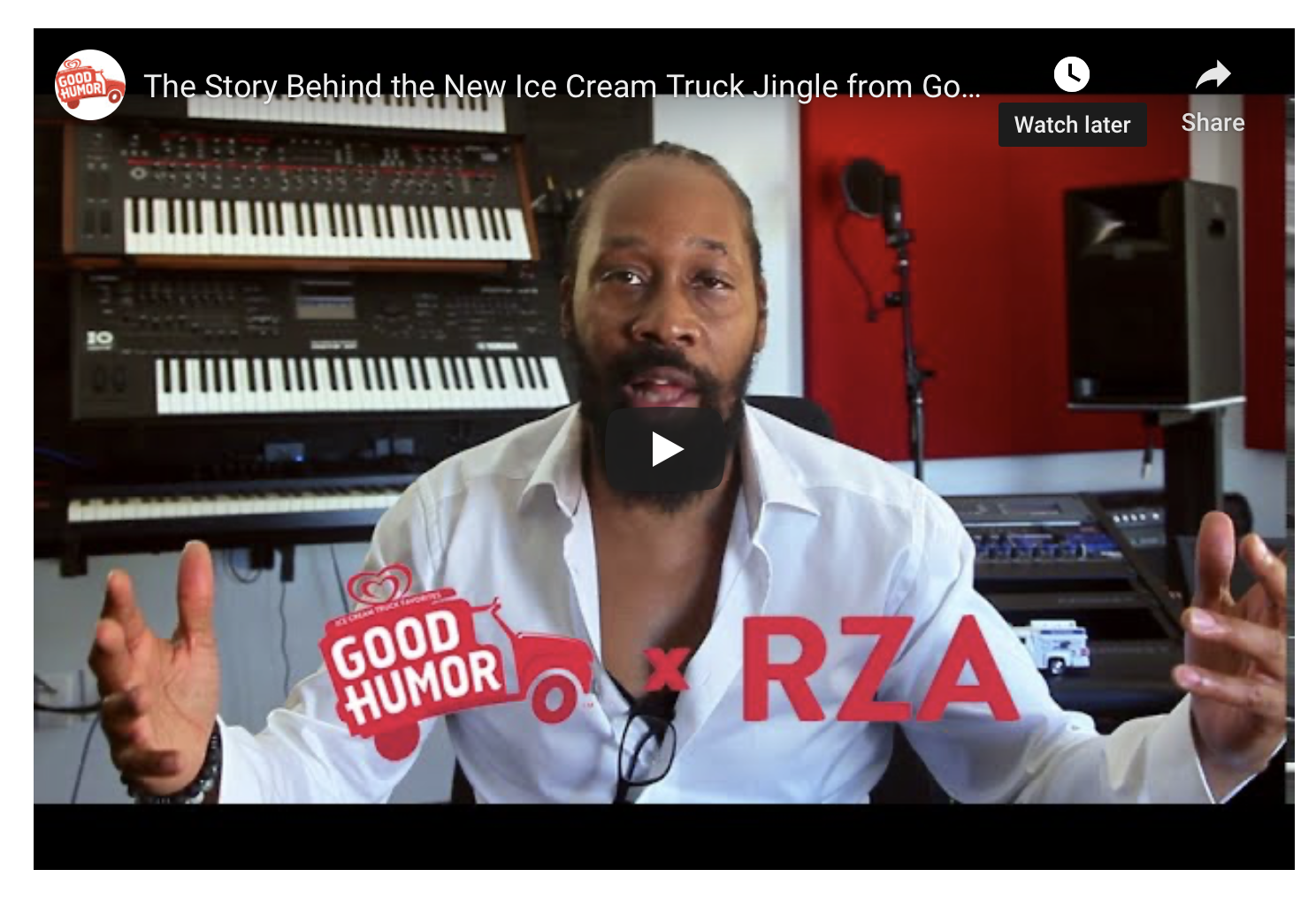 In a behind-the-scenes clip, the RZA spoke about his new jingle, saying, “We wanted to make a melody that includes all community, that’s good for every driver, that’s good for every kid. And I’m proud to say, for the first time in a long time, a new ice cream jingle will be made available to trucks all across the country, in perpetuity. That mean’s forever — like Wu-Tang’s forever. And I can assure you, this one is made with love.

Outside of taking a stand to be on the right side of history and our culture, this is also a smart move by Good Humor since it partnered with such an iconic and hugely influential musician, helping to modernize the brand.

Why it’s hot: The best advertising doesn’t just sell, it becomes part of the culture.

As many join the front lines in protest, ongoing conversations on inequalities are also being thrust into the forefront of our minds. With many looking for ways to support when they cannot protest this is a perfect combination to #BuyBlack. 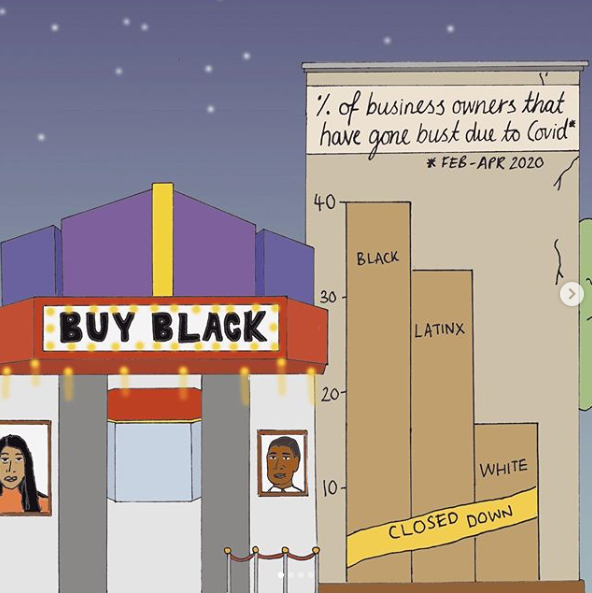 Chalabi says in her post, “BUY BLACK. Your protests and donations are crucial right now but so is long-term economic change…” and cites that 21% of black owned business don’t feel they will survive the pandemic while only 5% of white owned businesses feel the same.

With a disparity this high, it’s hard not to notice. Petitions like the 15% Pledge attempt to get the notice of larger retailers and give 15% of their shelf space to those businesses.

Socials are filled with requests to list your favorite black owned brands as they seem to be harder to find. 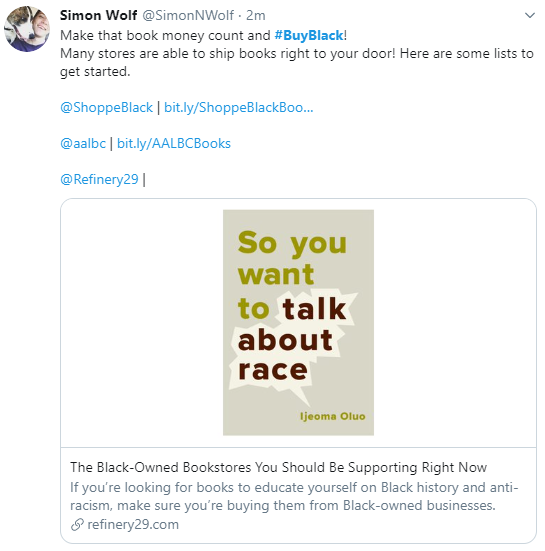 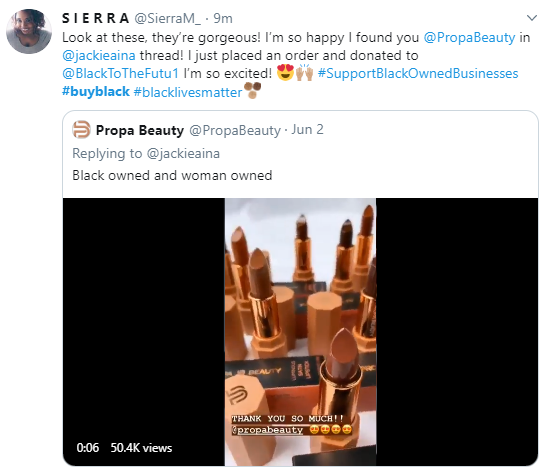 Meaningful purchases attached to a broader social conversation. In a time where consumers have a longer time in contemplation stage of purchasing with the pandemic, and weighing of options maybe doing more extensive research into products and companies that they align with before they make a purchase. This is another segment that will continuously grow as society relates to these beliefs even further, bigger brands will need to compete with the authenticity and connection that is created with consumers and those companies.

Some Places to Buy Black:

by now everyone should be able to name 5 MINIMUM black owned indie beauty brands. Besides Fenty beauty and Pat McGrath Labs (the obvious)