Last week, Gary posted about a billboard that pours Coke Zero. Is this a new trend?

Carlsberg has made what they claim is “Probably the Best Poster in the World” by turning it into a working beer tap.

Revealed in London last week at the Truman Brewery on Brick Lane, it enabled passersby to enjoy a cold drink of Carlsberg for free.

The 12 x 3 meter interactive billboard commissioned by the brand was created by advertising agency Fold7 and digital design firm Mission Media. It featured a version of the brand’s slogan in white on a green background, with an embedded beer tap in the center allowing members of the public to pour themselves half a pint. 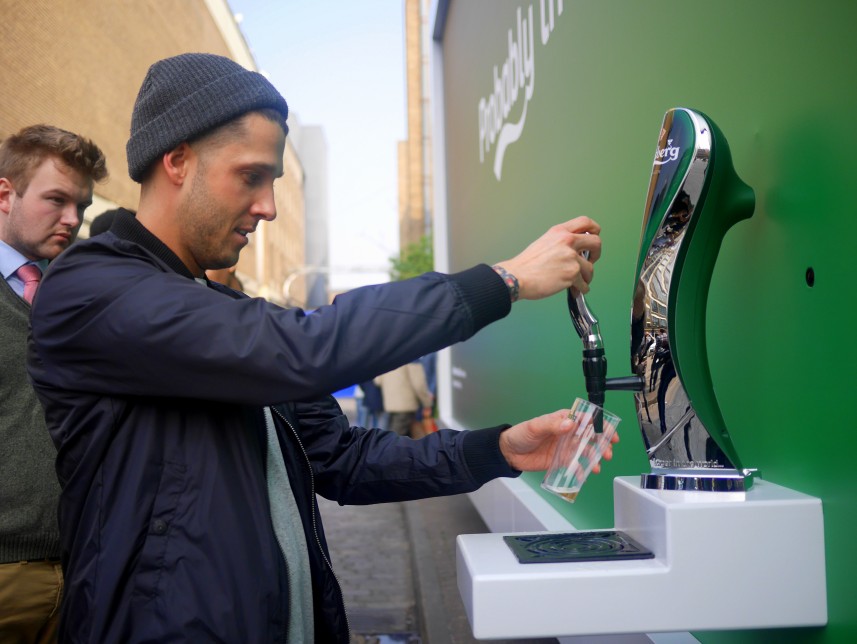 Carlsberg staff were on hand throughout the day to monitor events, safeguard under-18s (the legal drinking age in the U.K.), and make sure consumers were drinking responsibly.

Earlier this year, Carlsberg revived its ‘If Carlsberg did’ campaign, which the brand dropped in 2011 after almost forty years.

I thought this was interesting, but not perfectly executed. As we saw with the Coke example, interactivity and product sampling can work well for brands. However, it seems like there was a missed opportunity to integrate social and mobile (though the stunt probably went viral on it’s own) with # calls to action, posting photos, etc.