Brands on social media are often seen as competitors. Users on Twitter, Facebook, and Instagram will only see a limited number of branded posts per visit, so social media managers battle to be one of them, paying or using owned channels to grab as much attention as possible.

On Dec 5, Netflix proved that cooperation can beat competition. Speaking directly to brand account managers on Twitter, it encouraged brands to push the boundaries of social acceptability by asking what can be said during sex and for a brand on Twitter.

The post generated over 100,000 retweets and nearly half a million likes. 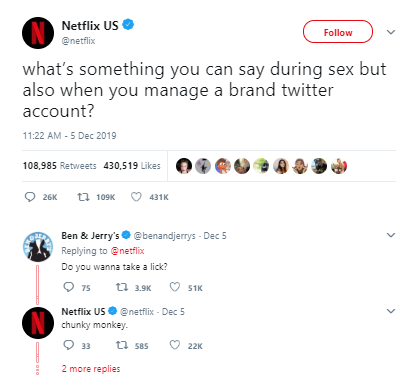 Brands of all kinds jumped on board, even competitors. (e.g. Direct TV, not shown here.) 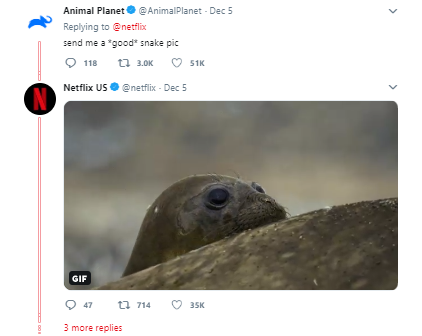 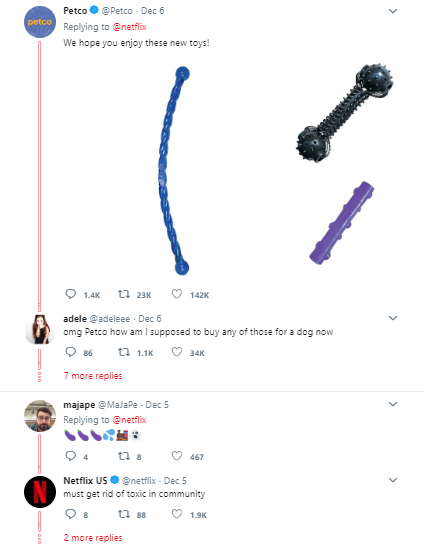 In NYC, merchants realized that they could make more money by surrounding themselves with their direct competitors in districts that attracted more customers overall (e.g. the garment district, flower district, diamond district). Perhaps we are entering an era where brands will increasingly band together on social media to generate the type of attention they could not garner alone.