Can conservative Pharma companies becomes Gamers? Although a large investment by Merck and AMGEN was announced several months ago, the repercussions are now being felt. This could help open up the long pent-up demand for innovation by Pharma manufacturers.

The investment news came last summer, as quoted in FierceBiotech: “Akili Interactive Labs, the Boston-based startup developing nonpharmacological therapeutics for various cognitive disorders like autism and Alzheimer’s disease, got an $11.9 million boost in funding, raising its total Series B proceeds to $42.4 million.” Basically, they use gamification to improve cognitive function. 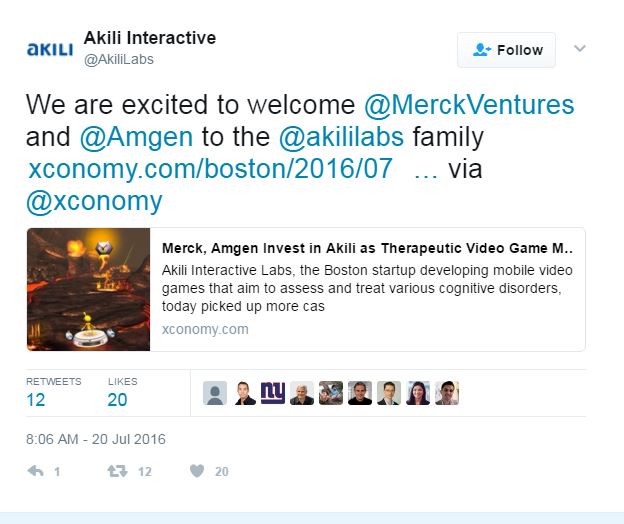 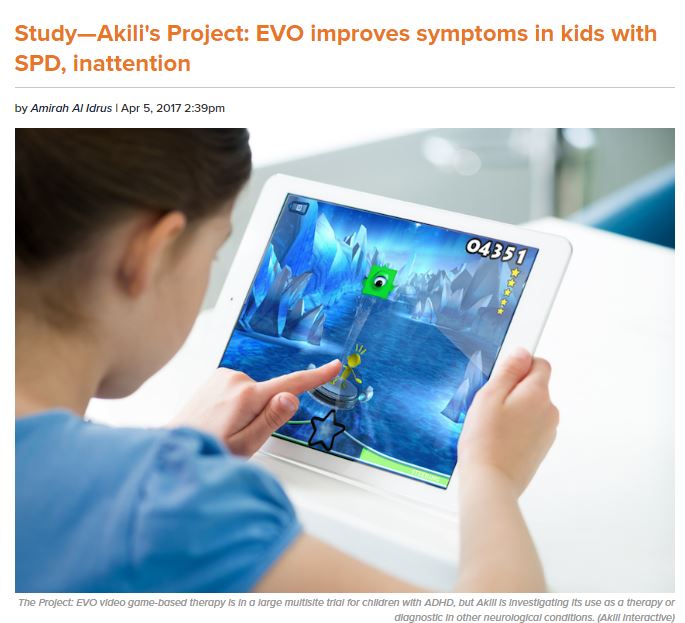 The first game application for children with a cognitive disorder has proven highly effective. This gives the marketers a differentiating aspect to their Rx. Being a fact-based industry, this is big news.

Why is this hot?