As keyword searches for “[insert communication platform name] + background” increase, cities and brands are responding quickly to help people keep the privacy of their homes to themselves. 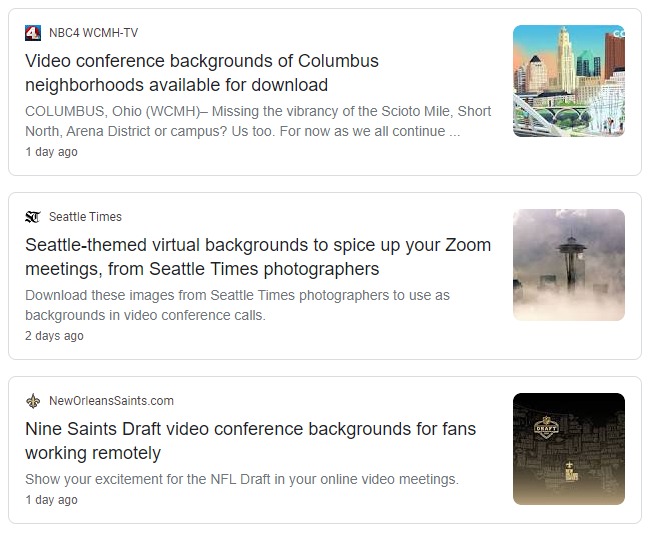 But with more than 80K followers and growing, Room rater is looking to change the background game by offering unsolicited criticism and advice. And it’s working! Although it started as a side hustle, the site is just the right amount of levity the internet needs, it’s started to have an effect. It’s popularity was viral and celebrities, journalists and reporters are disputing their scores and even going so far as to pledge to reorganize to secure a 10. 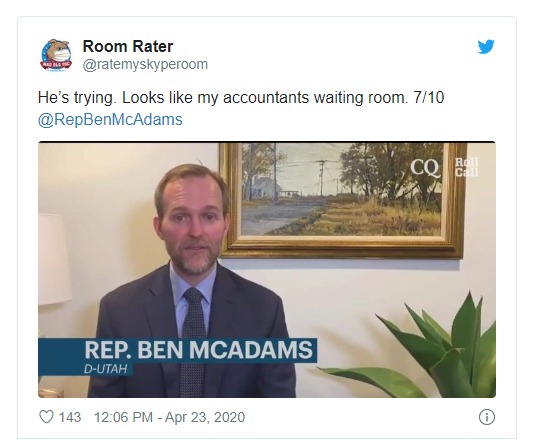 The man in the account’s Twitter header, biologist William Haseltine, was Taylor’s original 10/10, the ideal (it still is his favorite room, though there have been many 10s since). The objects in Haseltine’s room—a statue of Buddha, a rocket against a bookshelf—looked to Taylor like a wonderful place to quarantine. Then he noticed Elise Jordan, MSNBC and NBC News political analyst and, full disclosure, the wife of Vanity Fair digital director Mike Hogan, flat against some wallpaper. He has nothing against her, he said, but the discrepancy encouraged them to start the account. “All I can say is Architectural Digest had no problem with the wallpaper,” Jordan said. (And in a later TV spot, she added five points to her room score with a bookshelf in the background, a real coup). 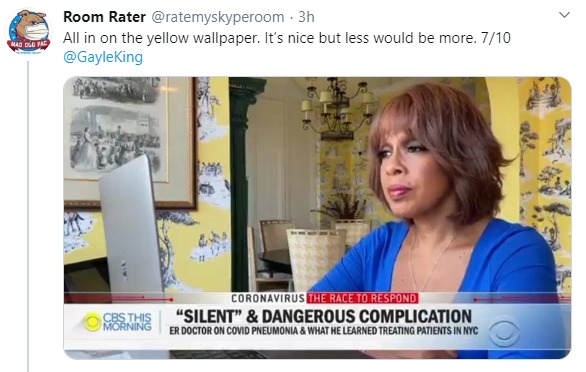 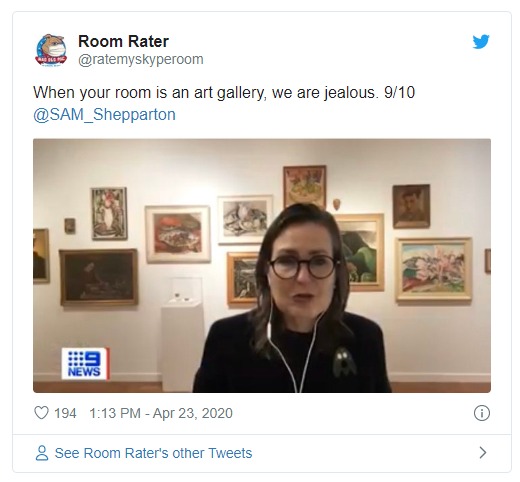 Why it’s hot:  As one of our only visual references, backgrounds are everything right now – from celebrities being criticized for complaining from their castles in the sky to regular folks fighting home shame – the pressure is on to hit the right tone. Whatever the right balance is, it’s ok to keep it light.