Most wearables out on the market are made of polyester or rubber which means that not enough air flow passes through the devices causing sweating and even irritation. But fear not, scientists have developed a wearable that they claim have completely removed the discomfort of a wearable. Much like a henna tattoo, it sits on top of the skin and is breathable, allowing air to pass through naturally. “People cannot even feel the existence of our devices on their skin,” says Takao Somea, a professor at the University of Tokyo. 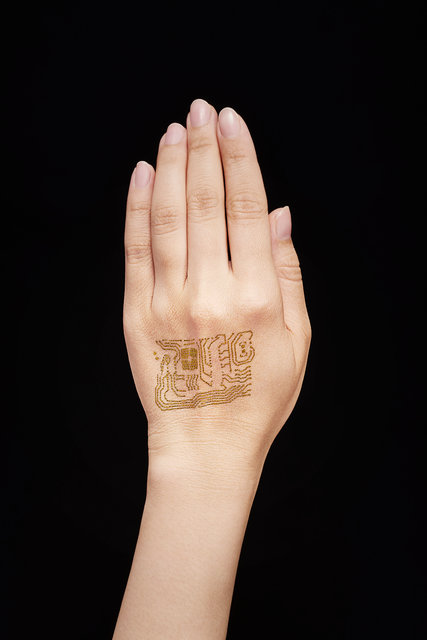 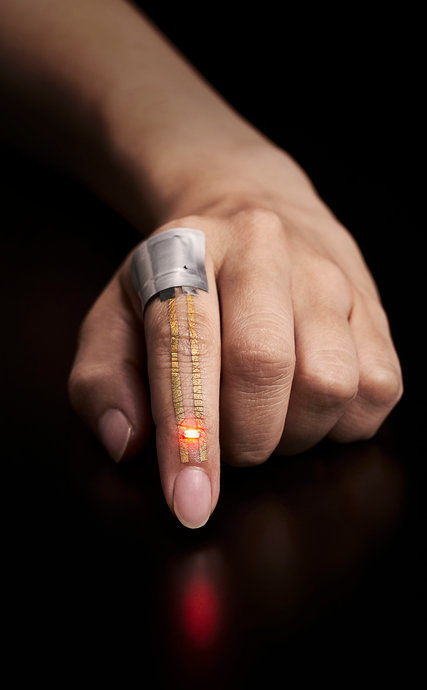 It’s a nanomesh device that has the durability of a week or longer and can monitor electrical muscle activity, body temperature, pressure, and touch. The application process? Simple, just spritz some water on it like a temporary paper tattoo. Scientists hope that the sensor will make monitoring vital signs easier and more comfortable for patients.

In other tattoo news meet Prinker, a gadget that prints temp tattoos directly onto the skin in just seconds. See it in action: http://mashable.com/2017/07/17/temporary-tattoo-printer/#KINHfnAY6sqg

Data storage of the future: DNA. Researchers were able to recreate and store a short film into bacterial DNA and then retrieve it! With the use of Crispr, a powerful gene editing technique they were able to create this masterpiece in some good ‘ol E. coli.

Since there has been buzz around data storage being a growing issue this “futuristic feature” may be the new method of data storage. The intended purpose wasn’t to store movies but instead, researchers hope to be able to program bacteria as recording devices that can drift into the brain through the blood stream and essentially take notes. It would work similarly to airplane black boxes that are used to retrieve information in the event of a crash.

There are so many possibilities. If DNA can store data like this, imagine what it could do for doctors and researchers. Feeling a little ill and not entirely sure what the issue is? Perhaps your doctor can retrieve the information directly from inside of you.

L’Oréal’s UV patch is a new way to help monitor UV exposure when participating in summer activities. The UV patch was released last year but it’s now gaining attention with its latest version and new accompanying app. The patch comes in the shape of an adorable heart and is recommended to be placed on the arm/wrist but essentially can be worn anywhere on the body. “Anywhere” meaning anywhere that’s exposed to the sun of course. The app is family friendly and features avatars that are used to keep track of different family members. It’s customized to each patch user as it asks about “skin type, the location, and the weather to make sure you’re getting the best advice.”
“When you take a photo of the patch, My UV tells you things like when to put on more sunscreen, what the UV levels on your patch are currently at, and what level SPF you should be using.”

Why it’s hot:
According to SkinCancer.org, over the past three decades, more people have had skin cancer than all other cancers combined and one in five Americans will develop skin cancer in the course of a lifetime. It’s important to take preventative measures from an early age and this patch/app combo seems to be a push in the right direction.
The only question is: Are you ready for an epic heart-shaped tan line?
Source: http://mashable.com/2017/06/25/this-week-in-apps-photos-iphone-android/#1dJl2TuFdSqV

Twitter has changed (again). It seems as though with every recent interface update, Twitter glided away from its original path. First, the favorite star was replaced by a heart, then the egg avatar was cracked and abandoned, only to be replaced by a generic profile icon and now literally everything else has changed! There’s no more perch on the birdhouse for the bird to sit on, the quill has completely vanished, and the reply is a generic speech bubble.

Why it’s hot:
Twitter’s interface was intriguing because it was different. But change is inevitable and supposedly the new interface is meant to drive more user interaction by making it easier to use. But is it really easier? Or are things just now unnecessarily bolded, rounded, and strangely thin? Has Twitter completely destroyed it’s nesting ground or is this just a migration towards something better?

Honestly, I’m not a big fan of the new layout – I feel as though they’re telling me to get my eyes checked because of all the unnecessary bolding going on. But I guess that’s the least of my worries when there’s an orange man with very tiny hands who thinks his 140 character Tweets about “alternative facts” are life changing.

There’s only one way to properly advertise trailer assist and it’s obviously with the help of some stable friends. Volkswagen saddled up but almost missed out on the chance of mounting this gem. This German ad showcases the Volkswagen Tiguan doing its thing using Trailer Assist.

The ad was released on YouTube prior to being aired on television due to fear of it stirring a negative response. The ad quickly became viral making VW reconsider its potential and eventually being pushed on to TV.

Why It’s Hot
The emissions scandal was no joke. Cheating emissions tests for the sake of sales and reputation ended up backfiring, essentially leading to a massive decrease of brand trust. But is it time for the emissions scandal talks to hit the hay for the enjoyment of some innocent horsing around?