Twitter is rolling out updates to it’s camera feature in an effort to increase media-sharing on the social platform. Up until now, the camera feature was buried in the tweet composer. Now it is available with one swipe left from the timeline. 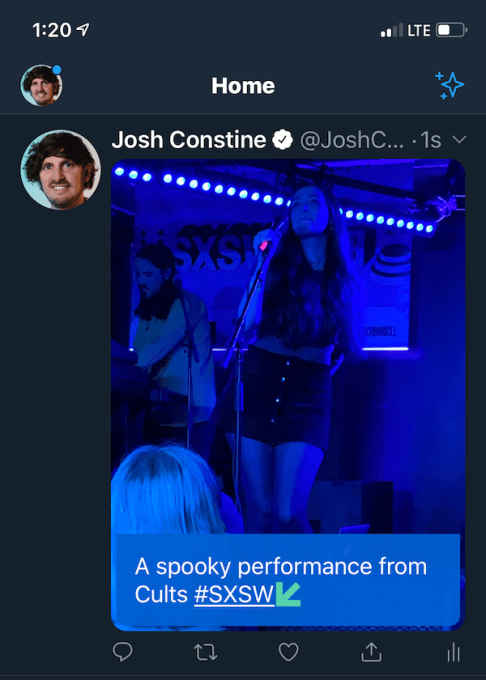 This update doesn’t mean Twitter is launching stories, instead, the platform is making it easier for users to share real-time content that adds another layer to their conversations. Users can add their own text to videos and images, and Twitter will also recommend popular hashtags based on geographic location.

Why it’s hot: With Twitter’s reputation as a text-heavy platform, this update could change the types of content users are drawn to on this site. Users on each social platform typically engage with specific photography styles and imagery, but this precedent has not yet been set for Twitter. More media use will also make it easier for advertisers to place visual content on the feed.

Snapchat is dealing with more celebrity backlash – this time from Rihanna.

A Snapchat ad ran promoting the mobile video game “Would You Rather” featuring animations of Rihanna and Chris Brown. Under each animation, the copy asked users whether they would rather “slap Rihanna” or “punch Chris Brown.” The ad references a 2009 incident where Chris Brown plead guilty to assaulting Rihanna to the point of hospitalization during their relationship. 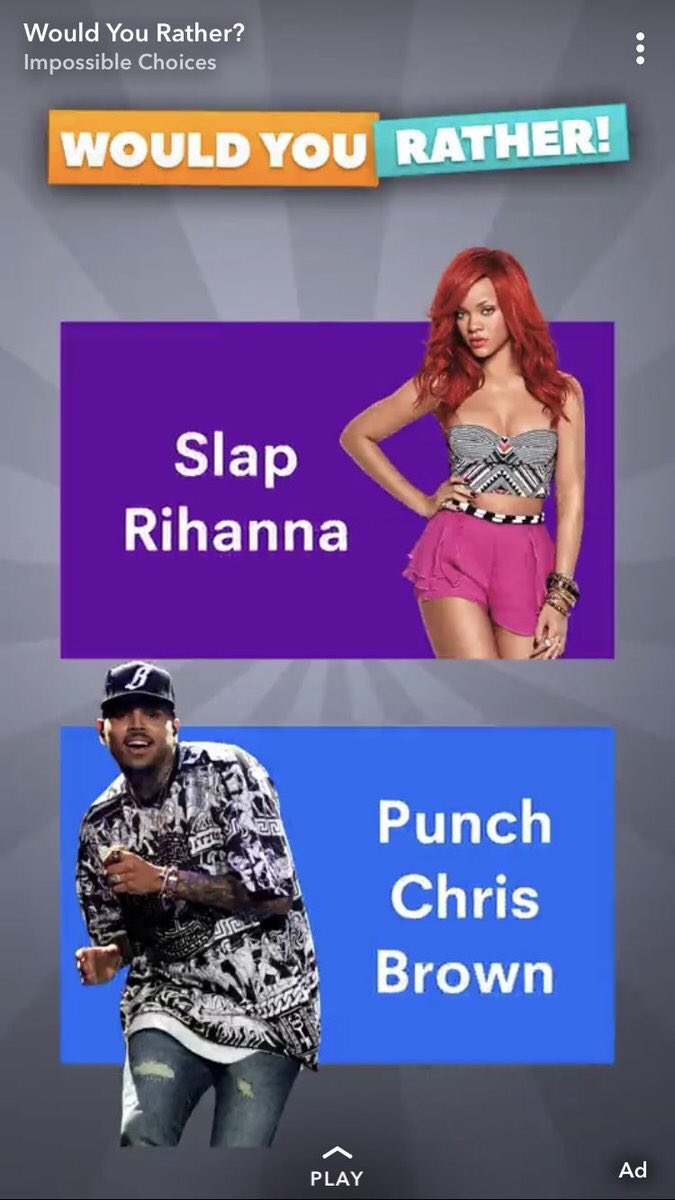 Rihanna took to Instagram to speak out about the situation, and expressed the problematic nature of the ad. She said that the focus shouldn’t be on her feelings, but rather the “women, children and men that have been victims of [domestic violence] in the past and especially the ones who haven’t made it out yet.”

Even though the ad was created by the gaming company, Snapchat issued a statement that the ad was “reviewed and approved in error.” Snapchat announced that they are investigating how the ad was approved in the first place. Regardless of their apology, an hour after the post, Snap Inc. shares fell 4.9 percent. This incident shows just what not to do when referencing popular culture. Now more than ever it is important to consider all the implications of branded content and look at it from every possible angle.

One Love Foundation created a pop-up shop in New York City, that was open for one week only. At first glace, the pink walls and line of teddy bears makes this store seem like a normal Valentine’s Day store. However, when shoppers take a closer look they will see that each gift has a hidden message.

Cards that seem to say “You’re mine”, actually say “you’re mine, so do what I say” and “I miss you” actually says “I miss when you were hotter” in fine print. The display of teddy bears prompt shoppers to press his tummy, making him say things like “your pathetic” followed by “I’m so sorry. I didn’t mean that.” The messages are taken directly from stories of members of the foundation in order to seem authentic and relatable. 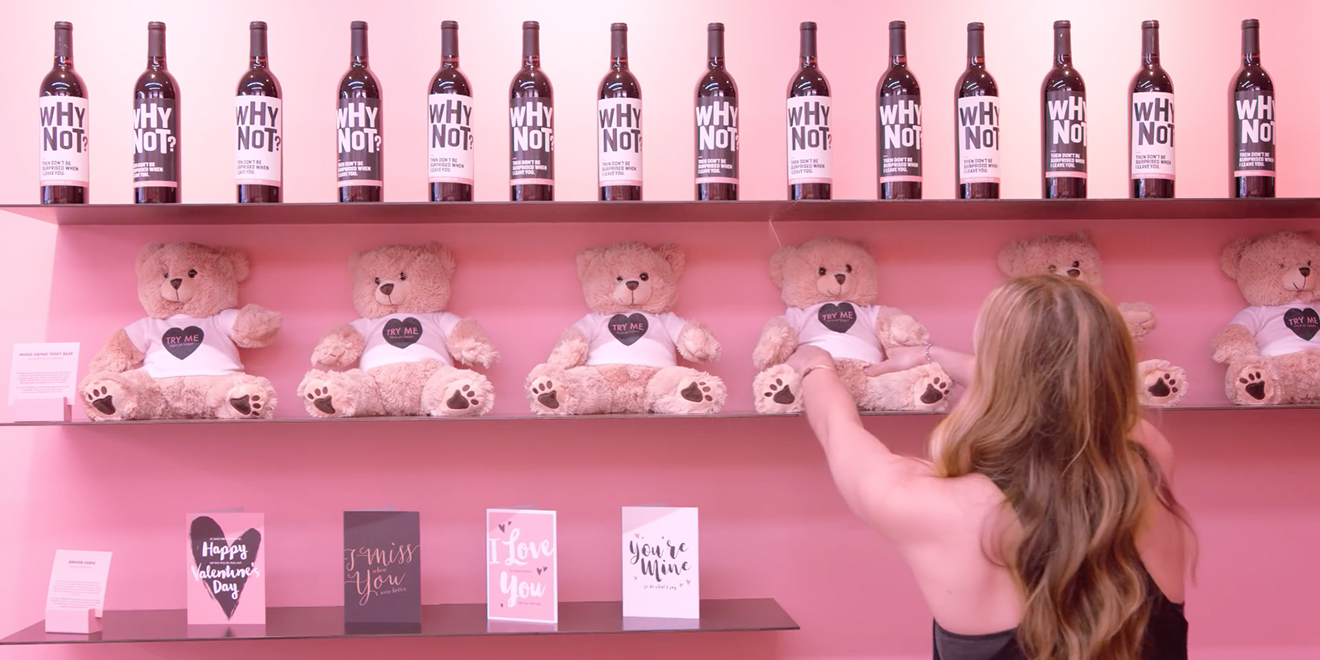 Google is letting users mute ads that follow them around the web and between devices. Reminder-ads for items you have searched for (but never bought) can now be muted with the “Mute This Ad” tool. This technology was already available for single-devices, often utilized on computers. Now, the tool will allow you to sync your feedback with any device that is signed into your Google Account. If you mute an ad on your smartphone, it will apply to your laptop and vice versa.

This feature is currently available on apps and websites that partner with Google, which accounts for over 2 million sites and reaches 90% of web users. Google plans to expand the tool to other services such as YouTube, Search, and Gmail in the coming months.

This tool can be located in Google’s account settings. 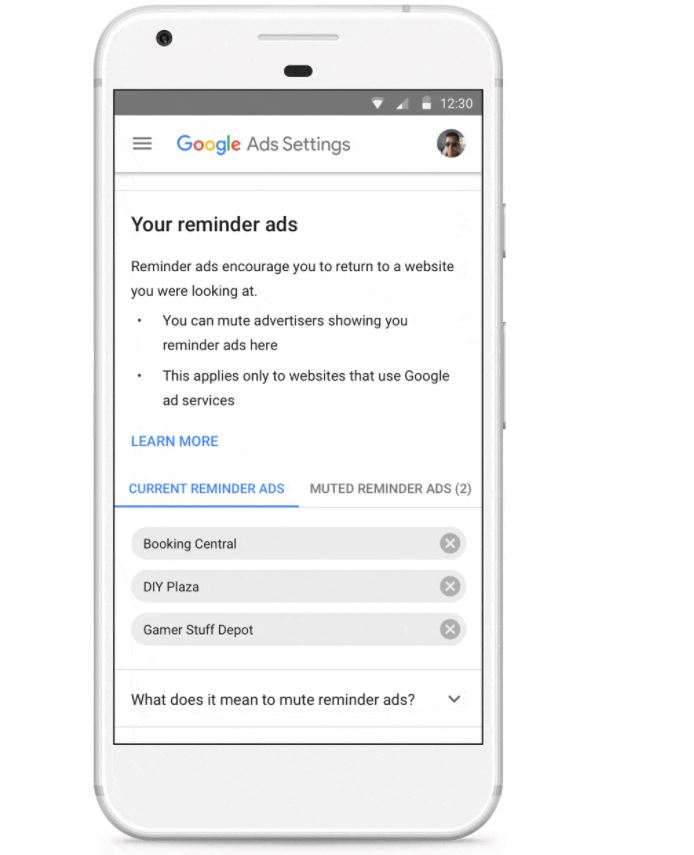 Google launched an AIY Projects Initiative – “artificial intelligence yourself”. This initiative encourages developers and DIY enthusiasts to learn more about artificial intelligence. They created AIY kit, a ready-to-assemble box camera kit that comes with a cardboard shell, AI-capable circuit board, light-up arcade button, speaker, lens kit, and connection components. Users will have to use their own SD card and power source to run the device. 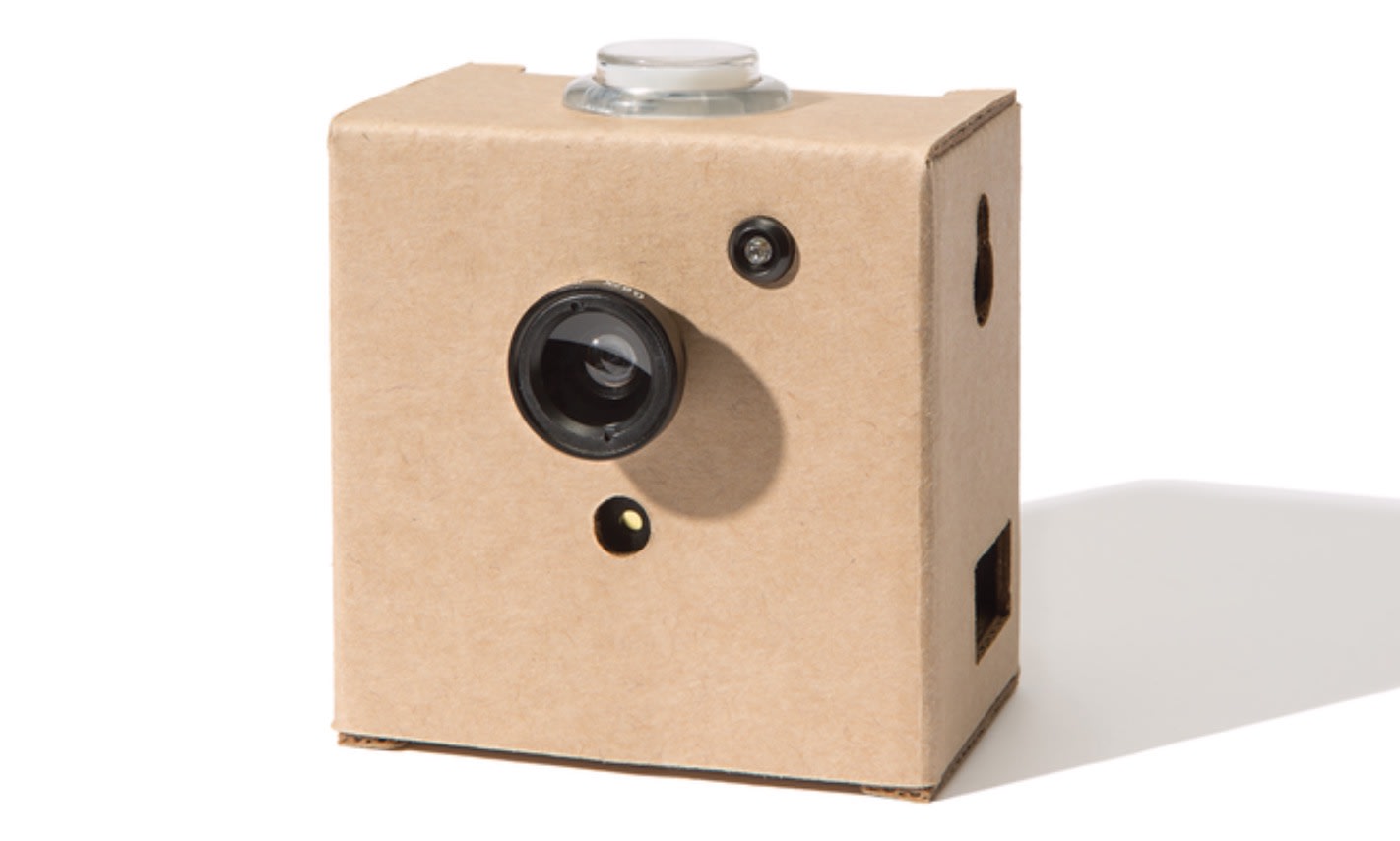 Google claims users can create their own device and cater it to their specific needs.The device fills the gap for affordable AI devices, and is available for pre-order for $45.

Spotify recently partnered with makeup artist Pat McGarth and up-and-coming singer Maggie Lindemann to release a makeup collection that will be sold on her Spotify artist page. Products in the line will be based off of titles of songs.

This is the first time Spotify will sell products outside of standard merchandise such as band t-shirts and and posters though its Merchbar platforms. Users can access this directly though an artist’s page on Spotify, along with new music releases and upcoming tour dates.

Currently, Spotify isn’t making revenue off of this new partnership, however, they believe that if successful it will open the door to new advertising and brand partnership opportunities. 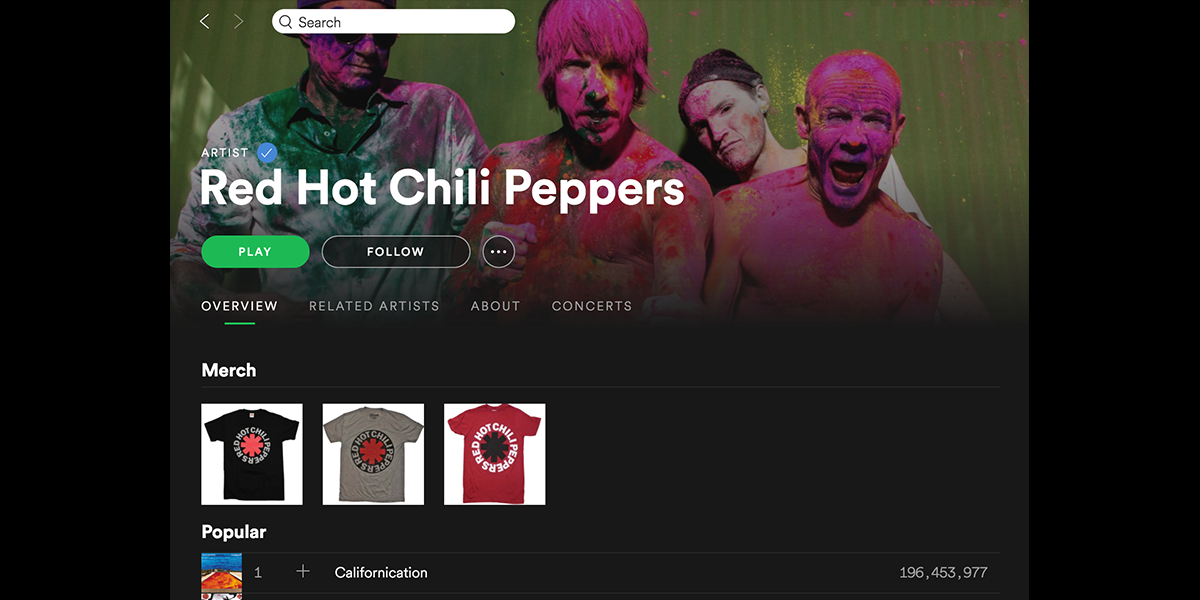 Since the Burger King mascot already has a full mustache and beard, he shaved his mustache – debuting a clean-shaven look for the first time. Burger King is using the hashtag #KingstacheChallenge to encourage others to participate in “Movember” and share it on social media.

Burger King created a humorous campaign video to go along with the Movember movement. They also worked in menu items into the names of different mustache styles.

Some artists, like Beyoncé, just drop albums unexpectedly on us. Most artists though, have your typical rollout, with singles and press releases and well-timed television appearances. Not Eminem.

Fans are speculating that the Detroit rapper has totally upended what it means to release a new album in this day and age with one of the most elaborate marketing schemes we’ve seen in a long time—and it all starts with one Instagram post and a not-so-inconspicuous billboard.

Here’s the deal: Eminem’s manager, Paul Rosenberg, posted a picture on Instagram celebrating Yelawolf’s album. That’s besides the point though; astute fans noticed the billboard on building in the distance had a backwards ‘E,’—a sure mark of Eminem.

Sleuths on the Eminem sub-Reddit found that the billboard, which appears to be for a pharmaceutical drug REVIVAL, is actually owned by his label, Interscope Records. And as someone enthusiastically pointed out, there are too many clear Eminem references on the website askaboutrevival.com for it to be a coincidence.

If the backwards ‘E’ in ‘REVIVAL’ didn’t catch your attention, then the giant “seize the moment” that references his 2002 track might. But if you still are skeptical and think this truly is a pharmaceutical site—keep scrolling through the site. 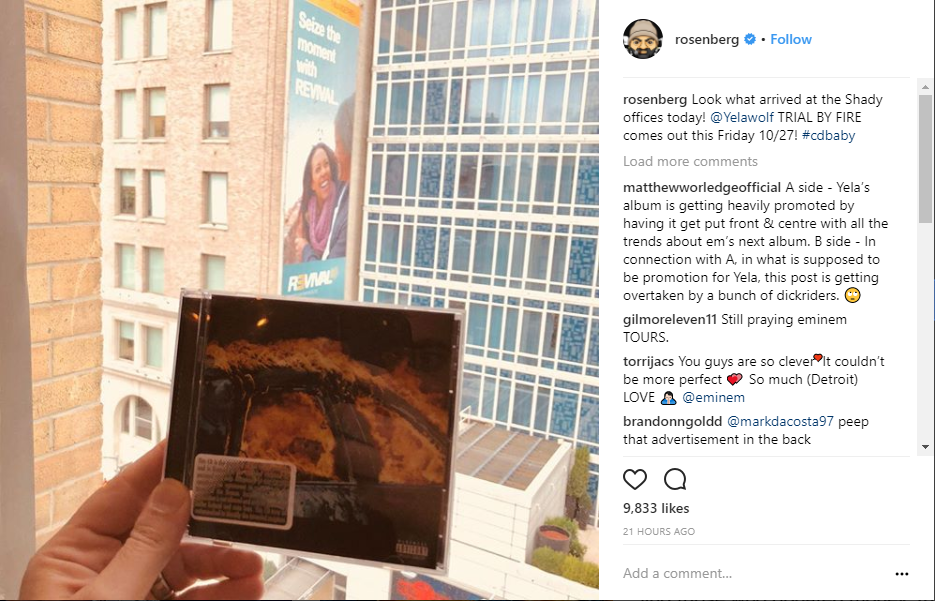 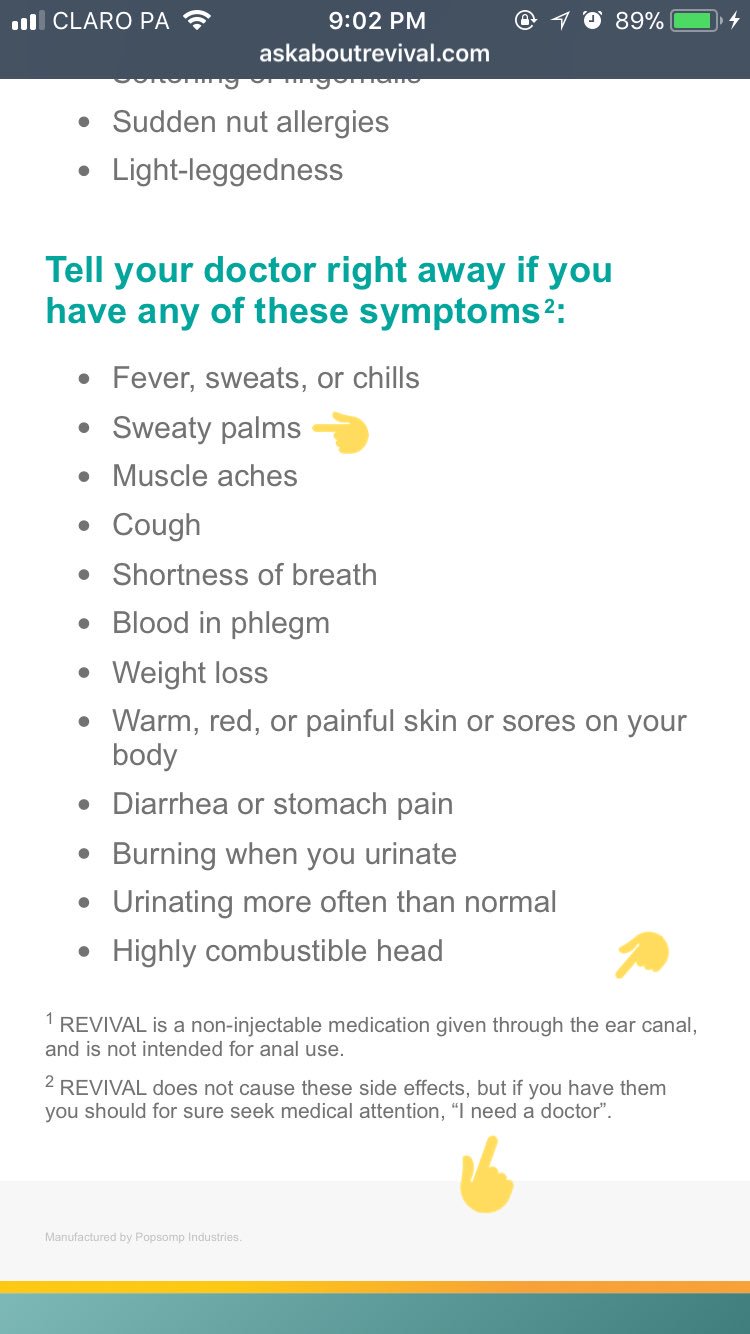 You’ll find references to many Eminem lines and songs—like “Brain Damage” and “sweaty palms.” Fans called the number listed on the site and they were greeted with an audio message that referenced “one shot to beat AR,” referencing Eminem’s “Loose Yourself” and at one point says, “we give you some serious fucking credit for sticking through this ad.”

But if this isn’t all a scheme, then you might be asking yourself what in the world is Atrox Rithimus? The drug REVIVAL is meant to treat it, but guess what—it doesn’t actually exist.

Google, Instagram and Netflix all have one thing in common: They are brands that have become so synonymous with the industries that they specialize in that they’ve become verbs.

PayPal’s Venmo wants in on that space too and it’s launching a campaign called “Blank Me” today that puts a fun twist on its peer-to-peer payment services that lets people send money to each other.

Each piece of creative features a sentence with a verb missing that leaves users to fill in the blank like a game of Mad Libs. Some of the lines are intentionally suggestive: There’s “Let’s not make it awkward, just ___ me,” and “If you ___ the wrong person tonight, you’ll regret it in the morning,” for example.

The ads are appearing in bars, restaurants and college towns in markets like Chicago, Miami, Nashville and Dallas—all places where people may need to send money to their friends while out and about. The campaign also includes digital ad buys across Tinder, Spotify, Facebook and Twitter.

According to Venmo marketing director Kasia Leyden, the campaign “embodies the spirit of Venmo and celebrates Venmo’s verb status and place in the zeitgeist.” 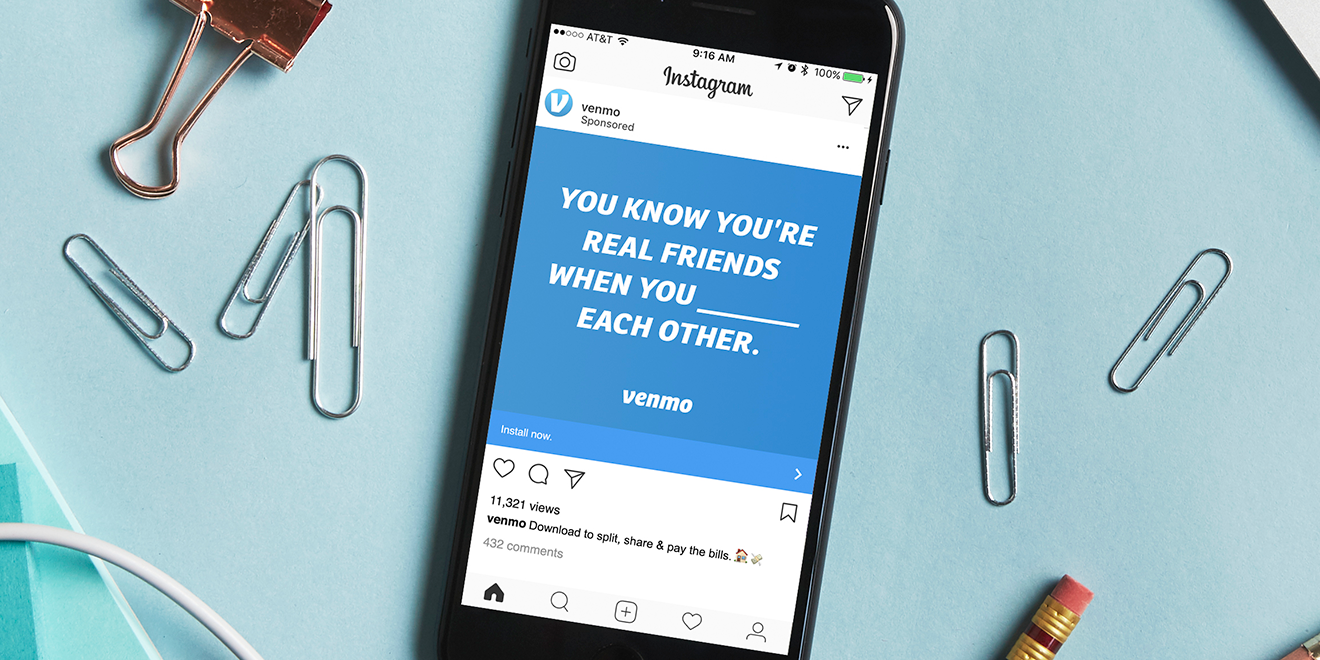 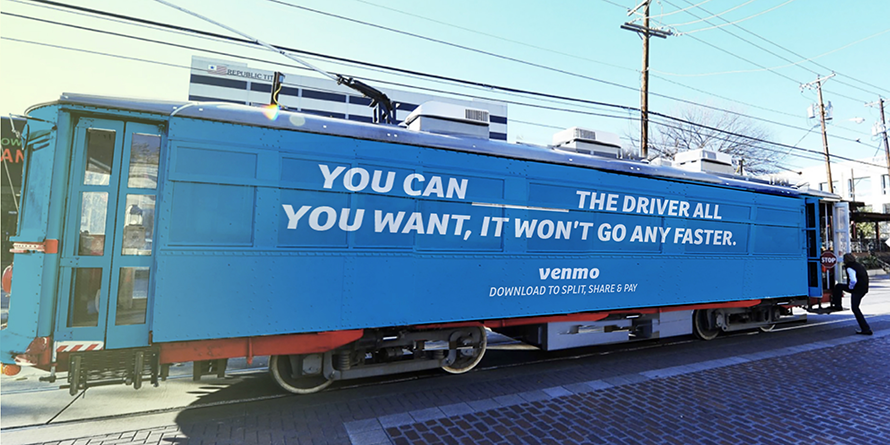 On Monday, Facebook CEO Mark Zuckerberg and Rachel Franklin—who leads the social network’s virtual reality work—livestreamed a 360-degree video from the top of a building on Facebook’s Menlo Park, Calif., campus to show the damage in Puerto Rico from the recent hurricanes.

The two called the video a “magical tour” and used the company’s five-month-old Facebook Spaces VR app that turns users into cartoon characters. As Zuckerberg and Franklin talked, footage of the devastated area captured by NPR ran in the background.

Zuckerberg later apologized, saying that his intentions for using VR were not clear initially. 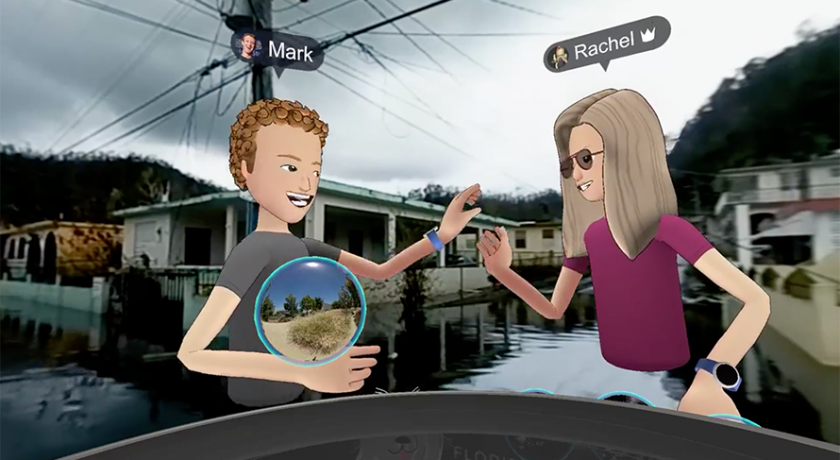 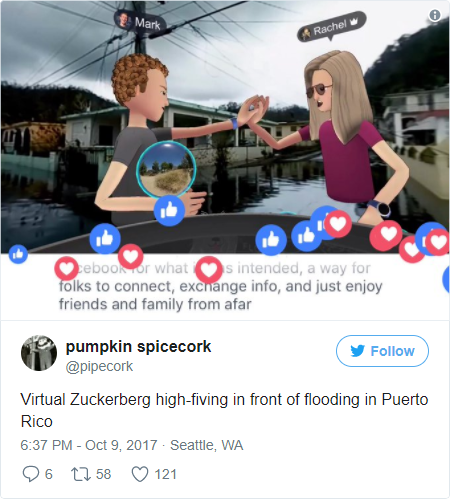 “One of the most powerful features of VR is empathy,” he commented on the video. “My goal here was to show how VR can raise awareness and help us see what’s happening in different parts of the world. I also wanted to share the news of our partnership with the Red Cross to help with the recovery. Reading some of the comments, I realize this wasn’t clear, and I’m sorry to anyone this offended.”

Why it’s not hot:

On Wednesday, Google unveiled the Pixel Buds, a $159 pair of wireless earbuds designed to work with its new Pixel 2 smartphones. The coolest part of the Pixel Buds is the ability to use them as a universal translator. It’s like something out of “Star Trek” — at its November launch, you’ll be able to use the Pixel Buds to have a conversation across 40 languages. It’s actually a feature of the existing Google Translate app. To get started, just load it up on your Pixel 2 phone. From there, choose the language you understand, and the language you need to translate. An introductory message pops up on the screen once you begin: It basically explains to the other person that you’re using an app, and how it works.