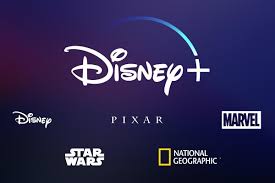 For nearly two years the world has been waiting for Disney to officially announce the release of their new streaming service. Well Disney+ has officially been announced and will be launched Nov. 12, and will cost $6.99 a month — or $69.99 annually (which works out to $5.83 a month). Disney will rely heavily on their deep catalog of Disney classics, Star Wars, Marvel, and Pixar franchises to bring in the initial audience. Disney+ will launch with plenty of originals as well: 25 new episodic series and 10 movies in its first year. By its fifth year, the former number will hit 50, executives said, but the number of films will remain constant.

It will be interesting to see how Disney+ will disrupt the streaming business. Netflix remains the giant, with over 140MM subscribers’ worldwide, with a number of new (Apple/Disney) and old (Hulu) players beneath them.

Netflix recently raised the cost of their service to $13 per month for a standard subscription. The company is looking to boost top-line revenue to offset its ballooning content costs, which were projected to hit $13 billion on a gross basis in 2018. To fund its content-spending binge, Netflix has raised billions in new debt: It reported $8.34 billion in long-term debt as of Sept. 30, up from $6.50 billion at the end of 2017. It’s also continuing to burn cash, and most recently projected negative cash flow of more than $3 billion for 2018 (versus negative free cash flow of $2 billion a year prior).

If Disney is able to “steal” subscribers or stunt the growth of Netflix globally, Netflix may look at additional lines of revenue, including the long rumored advertising model (similar to Hulu). With Hulu’s ad revenues predicted to surpass $500 million by 2020 it is an option that many expect will be necessary for Netflix’s long term profitability and content expansion.