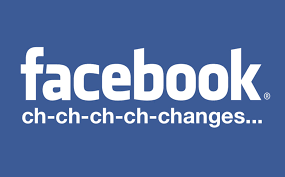 How it works: the new algorithm will take into account how much time people have spent on posts from the author or publisher in the past to prioritize posts in the newsfeed, using data it’s collected on time spent with Instant Articles or clicked through on its mobile browser. In addition, Facebook will try to limit the number of posts from the same publisher that appear in a feed.

Why it’s hot: it goes against likes & comments as the key markers of interest.

What it means: marketers may need to rethink clickbait and viral posts as the way to go, and focus more on creating content that means something to people and that they’ll want to spend time with.

Madewell launches capsule collections with designers every few months. For its newest partnership with Daryl K., launching February 10, the shop is trying something new– giving its social media followers two days to shop the collection before everyone else.

Here’s how it works: Madewell is promoting the collection on Facebook, Twitter, and Instagram using hashtag #MadewellxDarylK. The hashtag and posts will direct to a landing page to collect followers’ email addresses. On the morning of the 8th, they’ll receive special access to the pre-sale site.

Why it’s hot: designer collaborations are notorious for selling out the day they launch– H&M x Balmain, Alexander Wang for Target, etc. Oftentimes, the only way to get one’s hands on a coveted item is to buy one that’s been marked up on Ebay. Allocating extra days for the most loyal fans to have a chance to purchase will keep them coming back to the brand. 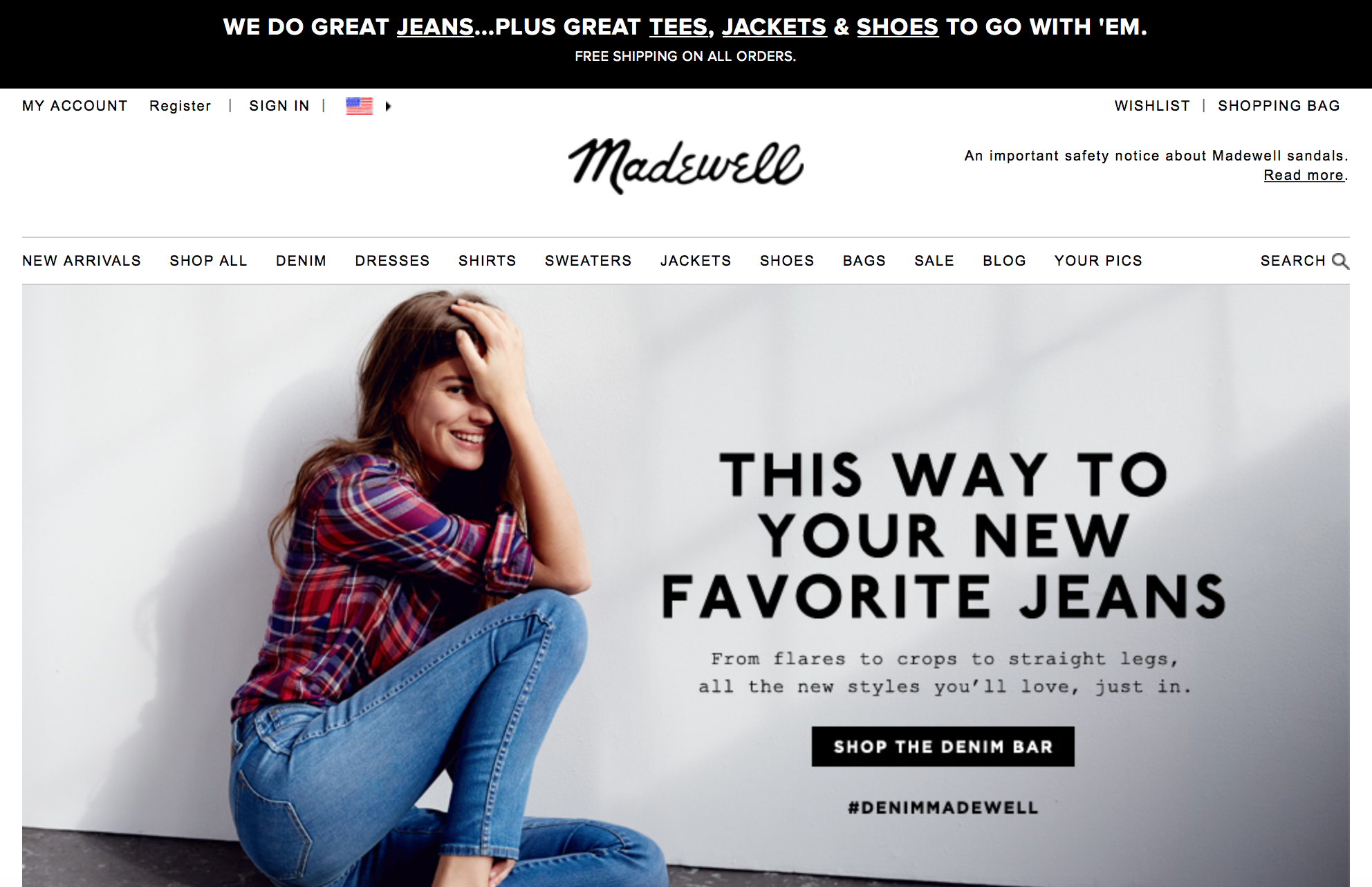 The right remix makes a old song feel new. And makes a new song feel even newer. Which is why trip hop duo Massive Attack has released a “sensory music player” app with its new EP.

The app is called Fantom, and it remixes and reforms music on iPhones based off environmental factors like a person’s location, movement, and heartbeat fed by Apple Watch sensors and HealthKit data. Each factor affects the music in a different way. Heart rate, for instance, changes the song cadence, while location affects harmonization.

Fantom is not a partnership– one of the Massive Attack band members was part of the team that developed the app.

Why it’s hot: remix albums have been around for awhile, and offer the same remix to every person. Why not algorithmically personalize it if you can? 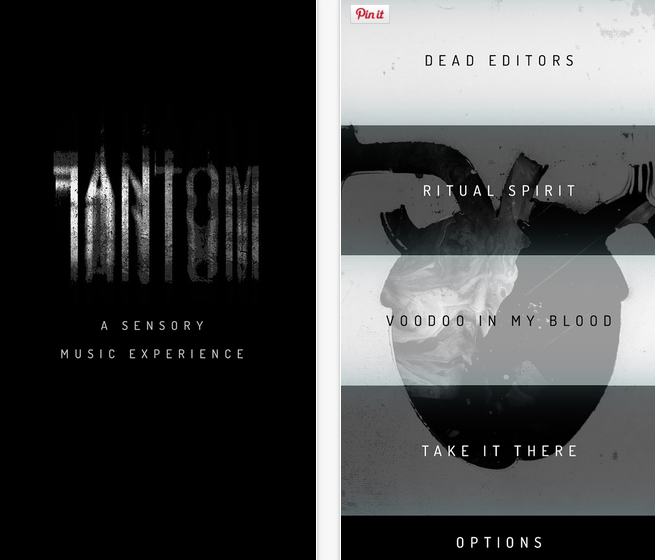 Fans of David Bowie have celebrated his life through millions of posts to Facebook, Instagram, and Twitter this week. Many of these posts include iconic photos of Bowie, and some are photos of fans dressed as their hero.

Blippar, an augmented reality app, is changing the Bowie photos for fans who download the app. Upon downloading, fans can use Blippar’s augmented reality capabilities to project the Aladdin Sane red-and-blue lightning bolt and red shag onto their faces for a true Bowie Selfie. Several thousand have downloaded so far, and Blippar owners predict more will get involved. 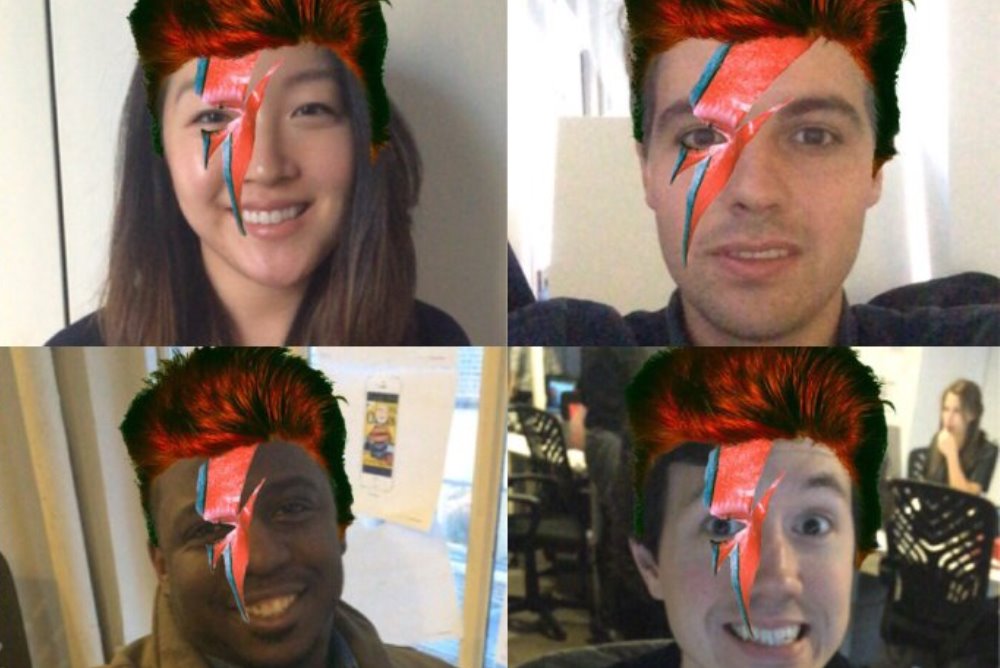 Amongst the new partnerships announced at CES is one between Under Armour and IBM, which promises to launch “Cognitive Coaching Powered by IBM Watson,” which both companies call the “world’s first complete health and fitness insights app.” 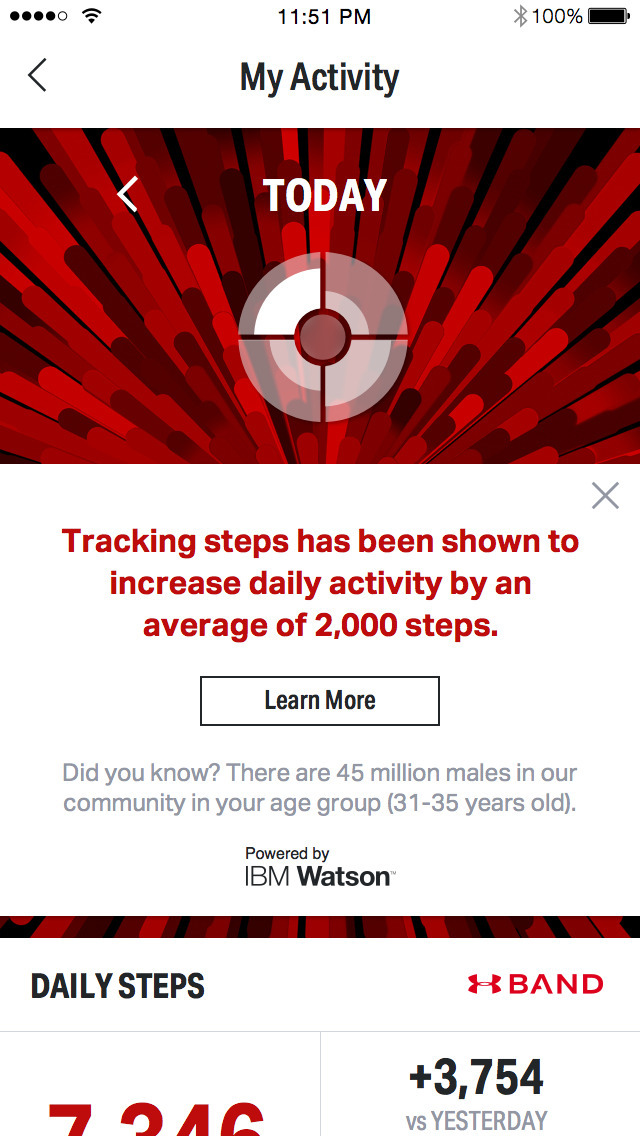 How does it plan to stand out against the typical fitness app consisting of wearable device & smartphone sensor? Using Watson’s smarts. The program will integrate data signals from wearable fitness gear with Under Armour’s Connected Fitness community of users, research studies, and institutions with data from IBM Watson. To help individuals achieve their fitness goals as accurately as possible, the Watson database will compare each user’s fitness data to a cohort of people with similar characteristics and goals– a sort of crowdsourcing in which individuals can see real-time results of others they share commonalities with.

Two other projects in the works: using IBM Watson’s visual recognition capabilities to identify foods and their nutritional value and integrating weather- related and environmental factors as they relate to your health and fitness (powerful, as IBM purchased much of Weather.com’s digital assets).

Why it’s hot: the Under Armour- IBM Watson partnership is one of the first brand integrations with the IBM Watson system and the first fitness integration of its kind to use consumer data in a way that allows people to compare themselves to others in real time.

With 61 percent of Netflix users admitting to regularly watching 2-6 episodes in a row, the “Netflix Binge” is real. And even worse than the Netflix binge is falling asleep during the Netflix binge…and missing critical moments of the show. But Netflix has concocted a way to putting a stop to it, with Netflix Socks

Here’s how it works: embedded in each sock is an motion-detecting accelerometer and LED lights. After the wearer hasn’t moved in awhile (exact time unspecified), it prepares to pause the show by blinking warning lights. If the wearer shakes their feet, the show will continue on; if they don’t, the show will pause.

Like the “Netflix & Chill” button, Netflix socks are not for sale– the company is merely throwing out the idea with a set of instructions for the adventurous to try at home– but it’s a fun gag that’s just in time for the holidays. Cool, right?

It’s a wearable with a high-low mix that seems tangible and accessible to every last one of us, addressing a problem many of us gripe about– having to hunt for that last moment of clarity before falling asleep. But more than that, it’s a logical tie-in that connects digital Netflix to a physical product in a way that makes sense for the brand. Yes, it’s not real, but it’ll be sure to generate some buzz.