Craving free food? If you bought a Big Mac early enough on Thursday, chances are you’ll be able to get a free Big Mac.

McDonald’s is celebrating the 50th anniversary of its Big Mac with the creation of a new currency — the “MacCoin.” The MacCoin will come in five versions, one for each decade the burger has been around. More than six million of these coins will be distributed amongst 14,000 locations around the US and many more abroad. The MacCoin can be exchanged for a Big Mac until the end of 2018.

There’s a huge craze around bitcoin, which many still visualize as a physical coin. McDonald’s is trying to ride this craze, and I’m sure it’ll help their business.

Kano, a company that makes kid-friendly coding products, is releasing a programmable Harry Potter wand in the fall.

Children (and I’m sure many adults) will be able to build code-able wands with their own spells. They will be able to customize puzzle bits of code. They customizations range from changing the color of the spell, length, or even what the spell does. You can even share your spell afterwards. Unfortunately, you can’t have your spells interact with real-life objects. Instead, you interact with an app on a tablet.

People love Harry Potter, especially kids. They can get lost in the magical world while learning the foundational elements of coding.

Can’t tell the difference between a machine screw and a connector screw? Don’t worry, Amazon just added an AR feature to their app to identify one from the other.

Part Finder uses the AR capabilities of the iPhone to measure the depth and width of the part. You must line it up next to a penny and on white paper, so you can’t identify the part anywhere. Some people have reported that even when aligned on white paper, the technology takes a few tries to get the correct result. 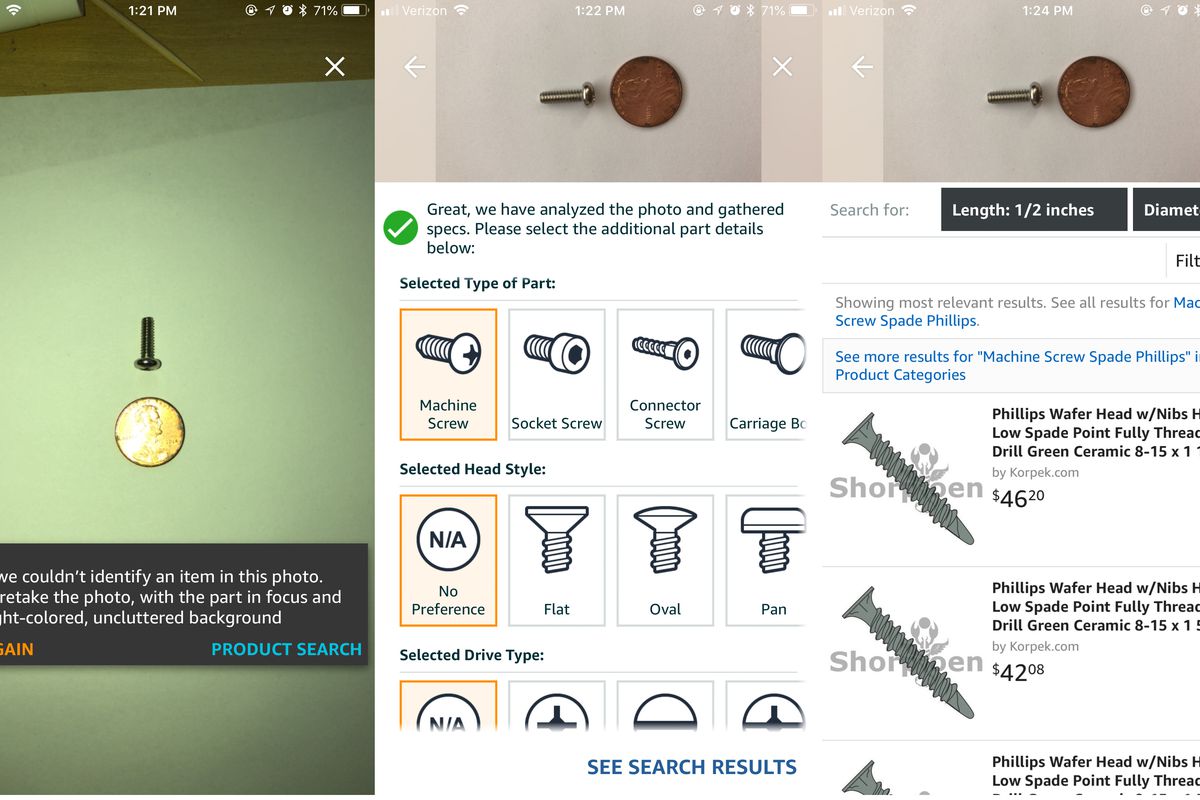 People are always building stuff. You have to build that Ikea couch but they forgot to include the right number of screws? You can take a picture of it and Amazon, with Prime shipping, will mail it you in two days.

Nike unveiled its new concept store, Melrose by Nike, on Melrose Avenue in LA. Everything about it, including its location and the products it stocks, is determined by how people in the area interact with the brand.

The idea is to blend the physical and digital shopping experience. Everything about the store is designed to work with the Nike Plus app.  As soon as you enter the geo-fenced area, you start getting special deals on the app. If they think you’d be interested in a product they have on hand, whether you’ve specified it or not, they’ll reserve it for you in your size. All you have to do is access one of the many lockers in the store. If you see apparel you like, you scan the code, and a salesperson will come to you with it in your size.

Brick and mortar business has grown stale. By blurring the line between digital and physical shopping, the customer will have a more personalized experience.

There is growing concern over online data and user privacy, but people’s data is also being collected from their living rooms via their televisions.

Samba TV is a company that tracks viewer information to make personalized show recommendations. Samba TV’s software has been implemented by a dozen TV brands, including Sony, Sharp, TCL and Philips. When people set up their Smart TVs, a screen urges them to enable a service called Samba Interaction TV, saying it recommends shows and provides special offers. It doesn’t, however, tell the consumer how much of their data they’re collecting.

Samba TV can track everything that appears on TV on a second-by-second basis. It offers advertisers the ability to base their targeting on whether people watch conservative or liberal media outlets or which party’s presidential debate they watched. The big draw is that Samba TV can identify other devices in the household that share the TV’s internet connection. In turn, advertisers can pay the company to direct ads to other gadgets in a home after their TV commercials play. 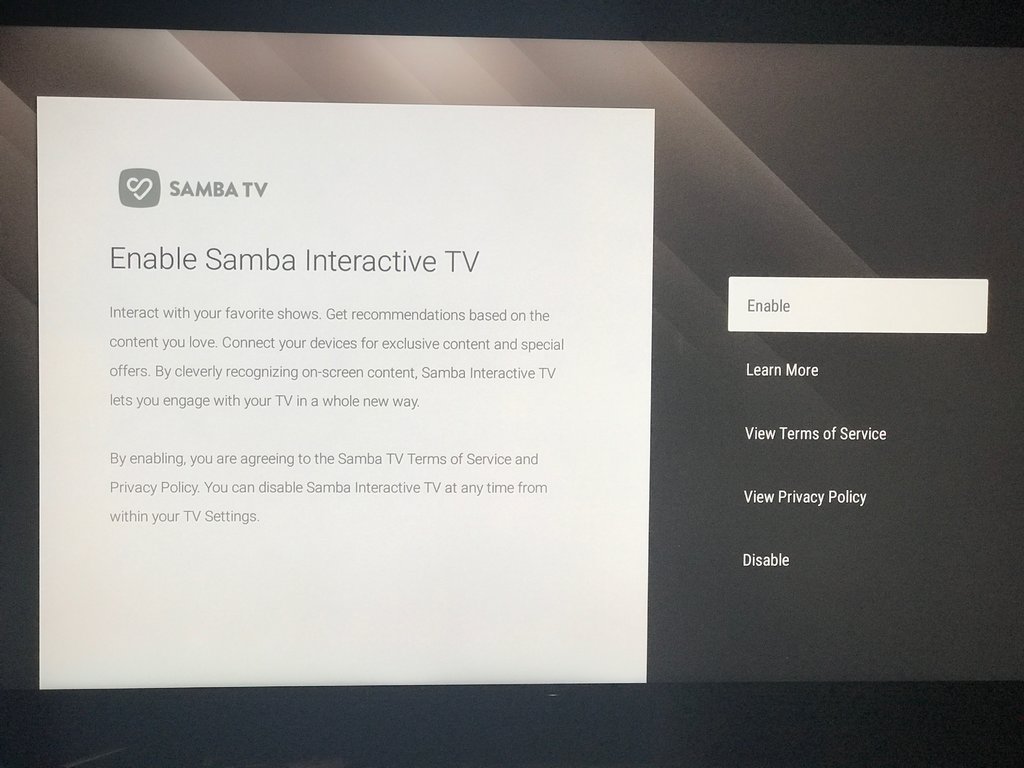 Most people think their data is only at risk while surfing the web. But that can’t be farther from the truth. By agreeing to Samba TV’s terms, most people are deceived into thinking they’re only agreeing to a minor recommendation feature, but they’re actually giving the company access to all their devices.

But there are potential problems with this security camera. First, it sometimes misidentifies indecisive customers (who might pick up an item, put it back, and then pick it up again) and salesclerks who are restocking shelves as potential shoplifters. Second, it is possible that the data may be biased towards certain groups.

Currently, store owners may only know if they were shoplifted when it comes to their attention, which could be several hours after the fact. Once this technology is made available, they can be alerted of suspicious behavior in real time.

Facebook announced they are piloting a program to allow group administrators to start charging $4.99 to $29.99 a month for exclusive membership to their groups. The types of groups that will be involved in the initial testing are parenting, cooking, and home cleaning groups. Facebook will select a few of them to take part in the program.

Group admins have been looking for a way to earn money to deepen engagement with their members. Last year, Facebook helped set up a program to support video creators on their platform, and they believe supporting group administrators will lead to higher quality content overall. Participating consumers will enjoy the exclusivity of membership, but it may drive existing members away. At the moment, Facebook will not receive a cut of the subscription revenue, but that may change as the program advances.

Facebook will try to replicate the success of platforms like YouTube and Twitch who pay their creators to create good content. But it will be interesting to see if existing members will welcome a fee if their administrators decide to go forward with it.

You’re a chess enthusiast, but let’s face it: your chess board is probably collecting dust in your closet. Since no one in your household wants to play, you’re forced to play a game online or, even worse, not at all. Don’t worry—InfiVention Technologies will solve your issue with artificial intelligence.

InfiVention Technologies is redefining board games with the help of AI. Their product Square Off lets you play a game of chess on a real board with real chess pieces against opponents online or the artificial intelligence of the board. You will see your opponent’s every move in real-time, right in front of your eyes. The board uses magnets to move the pieces, while careful to not dislodge the adjacent pieces from their positions.

No one expected AI to take over board games—it’s often associated with computers. Since board games are rarely single player, many games have transitioned online to allow you to play at your own convenience. This brings back the charm in playing chess.

Source:  This Robotic Chessboard Is Like Something Out of Harry Potter