This powerful viral video exposes the downside of technology and the amount that it controls the average person’s life. The rapper shares some startling statistics that most people are unaware of. The average person spends 4 years of their life consumed by the technology. Further, one of the most troubling pieces of information he shares through his rap is that currently the average adult has an attention span one second less than that of a goldfish. Ironically, the artist chose to make a viral video to spread his message about how technology really disconnects us. However, I think the fact that his video gained so much traction shows how valid his message is and reinforces the fact that he utilizes technology to spread his ideas (even though it is against technology). The same type of irony exists with various apps that track how many times you check your phone and how long you spend on it in. The excessive use of technology is an emerging issue that has and will continue to manifest in various ways.

As marketers leveraging technology, it is essential to recognize the backlash against the rise of technology’s role in people’s lives. Another recent Hot Sauce post highlighted the Starbucks campaign that hones in on the disconnect that exists when utilizing technology (specifically text messages). The goal of that campaign is to bring people together in person to have conversations (at Starbucks). Thus, there is clearly a rising sentiment that misses human contact and connection without technology. Some companies, such as Starbucks will continue to exploit this to drive business, but it will definitely be interesting to see if this sentiment continues to grow and how it will ultimately affect our world, in which new apps and technology are constantly being created and leveraged.

This Is Your Out is an app paired with a physical button, that calls you with a valid excuse to get out of an uncomfortable situation with a click of a button. The app is discrete and allows users to … Continue reading →

This summer Nike launched the Risk Everything campaign as well as The Phenomenal Shot (with Google). The two campaigns are extremely interesting because they juxtapose the usage of technology in sports. The Risk Everything commercial “The Last Game” shows a … Continue reading →

Can you think of every person you have ever gave your key to – even for a minute? Would you want this person to have full access to your house or apartment? Probably not.

This article reveals a scary reality about security today. The author of this article documented how he was able to break into his neighbor’s home using KeyMe. His neighbor let him in by tossing his key down the stairs. In the stairwell he used KeyMe to make a copy of the key in a few seconds. An hour later he possessed a physical copy of the key. His experiment was not malicious, but rather indicative of the downside of key replicating apps. When the author approached the company they said they have data on who prints the keys, but they would only turn it over if the police asked for it. This is particularly interesting because if your house gets robbed you may or may not know about KeyMe and may never ask for the information. An app that is supposed to help people if they are locked out or to share with family or friends in case of emergency may actually be a threat to their security and privacy. Someone only needs a few seconds to copy keys using this app. Further, some car keys can be duplicated and thus valet parking becomes a serious risk.

Easy key replication is not new to those who know the trade. However the average person can know do it straight from their phones in seconds. Keys being replicated is dangerous and privacy continues to be an issue as technology becomes a greater part of our lives and integrates into our homes. Further, ignorance about technology innovation is extremely dangerous. The majority of people have no idea about this app, therefore they may hand keys over to housekeepers, dog walkers, valets, etc. assuming as long as they get the physical key back that they are safe. This is no longer the case if you are aware of KeyME or their competitors KeysDuplicated and Keysave. This article shows the downside of technology and posits that security will be a growing concern in the future in more ways that we can imagine.

Heineken released a tool on Twitter which lets people tweet at @wherenext and geotag their location to get recommendations for popular restaurants, clubs and events near them. This use of social pulls data to determine which places are trending and … Continue reading →

This Smart Umbrella combines technology, innovation, and environmental awareness. The umbrellas use LED lights to react in real-time to raise awareness about local air pollution. The umbrella, while keeping the user dry in the rain, collects carbon monoxide and nitrogen dioxide levels. Further, the data is collected, uploaded, time-stamped and the geolocated information goes directly to pollution databases. Created by students, the umbrella was not created for monetary purposes, but rather to use crowdsourcing to raise awareness about air quality and use the information to help find effective solutions.

Wearables are rapidly developing. The smart umbrella is an innovative way to use technology, specifically wearables to connect people and data in an attempt to solve a global problem. Environmental issues are real and cannot be solved by a small group of people. Creating a network of people who are working to make a difference is important. The umbrella, specifically allows people in their everyday lives to help raise awareness and collect data. In 2012, Facebook conducted a study with Cornell University and the University of California-San Francisco that manipulated users’ News Feeds in order to test the emotional reactions. Participants were not notified that they were participating in a study. The study found that people who see less positive posts were more likely to write more negative posts and the converse to be true when they were exposed to more positive posts. Information-gathering on Facebook is not illegal and users sign over many privacy rights when agreeing to use Facebook. Despite apparent legality, Facebook users have expressed discontent with Facebook’s “sneaky research.”

The issue of privacy and ethics on social networks continues to be highly controversial.  Facebook manipulates users’ News Feeds all the time and the underlying issue is with Facebook not this particular study. 1.2 billion Facebook users appear to be “OK” with “interest-level data collection that comes with the advertising that makes the site free for people to utilize. But manipulating their emotions appears to go too far.” Integrating emotions on Facebook raises a larger issue that could involve targeted advertisements based on a person’s mood. Many users are angry because no one wants to feel manipulated and the overarching issue of privacy on the internet and specifically social media is a recurring issue that Facebook is dealing with. Companies like Facebook including Google and Yahoo have access to immense personal data and are faced with difficult decisions about whether or not to use or manipulate this information. 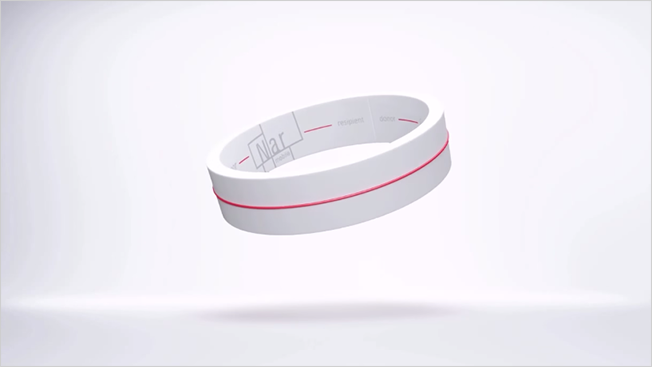 Y&R Moscow partnered with Azerbaijani cellular network Nar Mobile to create a wearable device (bracelet) called “Donor Cable,” which allows people to share power and charge phones on the go from other people with full charge. Every bracelet is inscribed with the message: “Donate energy to save a phone, and donate blood to save a life.”

Azerbaijan has the highest number of Thalassemic births in the world. Those who are born with this disease need regular blood transfusions, but unfortunately there are often shortages of blood. Nar Mobile gave away these bracelets to new Android customers and mobile blood donation centers were dispersed near Nar store locations. The campaign increased the nation’s blood donation rate 335% and demonstrates how technology and advertising can promote good around the world.

Not having enough charge or a charger is an inconvenience many of us experience on a daily basis. On social media people use hashtags such as #firstworldproblems to complain when this type of situation occurs.

This campaign reveals that we can use our technology to help each other in that dreaded moment when your phone dies, as well as encourage people to help people in actual need by donating blood. In an increasing tech-centered world it is refreshing to see people helping other people all over the world. The impact of a 335% increase in blood donations reveals the success of the campaign and sends a powerful message about companies using technology in order to “do good.”

The analogy between charge/power and blood is captivating because it is relatable. The trend of giving back and reminding people to use technology and resources for good is reassuring in this digital age. A similar campaign was implemented in Brazil with a partnership with Outback Steakhouse providing charging stations promoting blood donation with this same concept. The idea of sharing and giving back has now evolved with technology to be wearable and on the go, while promoting an important issue and saving lives.

Snapchat’s “Our Story” and EDC

Snapchat launched “Our Story” with the kickoff of EDC. The idea is to create a single stream of individual content from everyone who attends a huge event. Users received a Snapchat promoting the option to add EDC to your feed and follow that event. Aggregating all the content makes people “feel like you’re right there.” This new feature does not require an update and is the first “living timeline” that has been created based on geo-location in real time. People at the concert were encouraged to contribute because Snapchat provided free wifi and asked for people to keep location services on to demonstrate the power of geo-technologies and the impact it can have.

Events such as EDC are large-scale, but not accessible to everyone. Further, as data plans because increasingly restrictive there is a new appreciation for free wifi! Appealing to the tech-savvy and young EDC audience, Snapchat was able to create a feed to document EDC and share it around the world. Now streaming straight from Snapchat– no matter where you are or what you are doing –you can experience EDC. Unlike reviews of restaurants or sites, huge events (such as EDC) are an experience that is not easily captured through photos or even a single video stream. Gaining a 360 perspective of a concert or huge event creates buzz and interest in the event. Snapchat has created a unique opportunity to be a part of something bigger—as a viewer, contributor, or both! It also creates a sense of community and connection through social networks. Snapchat’s Our Story- EDC