When we looked recently at the best/worst uses of the personalized #ShareACoke bottles, many of them were angry, bitter or weird. (My favorite was the Nativity scene that showed up on Reddit).

But here’s a new addition that’s none of those things. It’s uncomplicated, fun and—particularly in its surprise ending—quite adorable indeed. Kudos to Patrick and Whitney McGillicuddy for making a great little film … and for becoming Coke’s new favorite amateur brand ambassadors.

We’ve been anxiously awaiting Misty Copeland’s first commercial for Under Armour ever since we learned that the American Ballet Theatre soloist signed with the athletic company back in January. And from the looks of this 60-second spot, it was well worth the wait.

The ad begins with Copeland balancing on pointe while a young woman’s voice is heard reading a rejection letter. As the camera pans over her physique, the letter lists all of the reasons why the applicant didn’t make the cut, including the sentence, “You have the wrong body for ballet.”

The video is significant for a number of reasons, namely for marking a major marketing shift for a brand whose image has been traditionally masculine. The ad was released in conjunction with the brand’s new website, I Will What I Want, which “celebrates the will to find inner strength and to follow no one.”

Between now and the end of August, Expedia is asking Instagram and Twitter users to tag their #TBT photo with @Expedia and #ThrowMeBack. Each week the company will pick one lucky winner and give them a travel voucher so they can indulge their nostagia and return to the place where the photo was taken—and recreate it.

Or, says Expedia, you can travel somewhere different and made a new memory—which seems to suggest this campaign is less about actually recreating the old snapshots and more about just piggybacking on the #tbt trend in general. However, the brand is asking the winners to send in the recreated photos with the goal at the end of the campaign of telling a photo story with all the side-by-sides.

To promote the contest, Expedia has posted the video below, “Back to Ocean Beach,” showing one family’s journey from Washington State to their old beach spot in San Diego to recreate a cute photo from the ’80s.

#tbt has been trending on many social platforms for awhile, but especially Instagram. Families have very special memories they share together and these are the types of people who are willing to share these memories. Sharing their photos is a way of sharing happiness and I think this type of contest is a great way to get people to want to travel, since family is closest to the heart.

Airbus has filed a patent for a new “seating device” — yes, device — that would reduce bulk on aircraft. And while we all scoffed at Ryanair CEO Michael O’Leary when he revealed plans for “vertical seats” in 2010, the prospect of standing-room-only cabins is becoming a little more real. A study released last week investigated the potential effects standing cabins would have on low-cost airlines. The study revealed that airlines could fit 21% more passengers and offer discounts of up to 44% if they added standing sections. 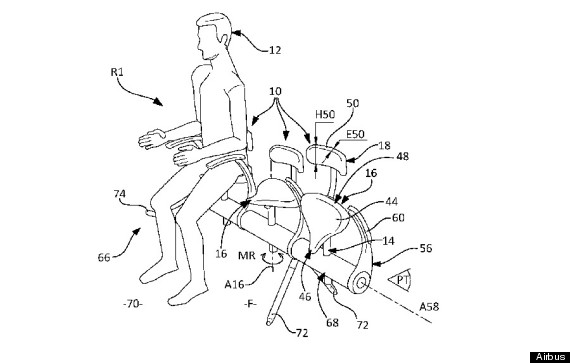 People everywhere are always looking for cheaper options when it comes to traveling. Airlines like RyanAir already offer cheap flights to 180 destinations in 29 countries, so this would help give people even cheaper options and make travel more accessible. The problem lies between how safe something like this really is…

Stop The Beauty Madness is a series of 25 advertisements branded with honest messages that highlight the true “madness” involved in creating and meeting beauty standards. Rice, an author and the founder of Be Who You Are Productions, started the campaign to challenge an internalized belief that a woman’s beauty determines her value.

This double-edged sword is why Stop The Beauty Madness takes a broad approach, addressing all elements of a woman’s appearance from race, to age, to weight, to several at once. The campaign intentionally uses stock photos, the type of images used to illustrate many glossy magazine articles. “We wanted to use what was out there,” Rice told HuffPost. “There’s not lot of stock photos of African-American women compared to white women. There’s not a lot of edgy photographs of women. There were countless pictures of women on scales trying to lose weight. That shapes our conversation,” she said.

“We look at beauty magazines and fashion photographs and whether we theoretically believe in them or not, we’ve seen so many of them and they’ve been put into exactly the right light and ratio that something inside of us has said ‘That’s beautiful,'” Rice told HuffPost. “Whether or not we believe in it intellectually, something deeper has set in and we compare ourselves to that.”

With Always and Pantene coming out with ads about women and self confidence, this is definitely a new trend that is something very personal to many women. The goal is to change how girls see themselves before they hit puberty, and to bring to light how women of all ages see their own beauty. 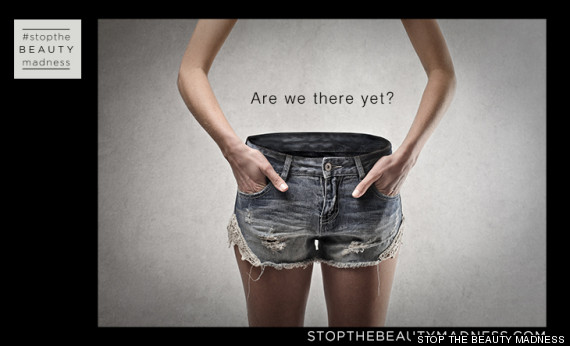 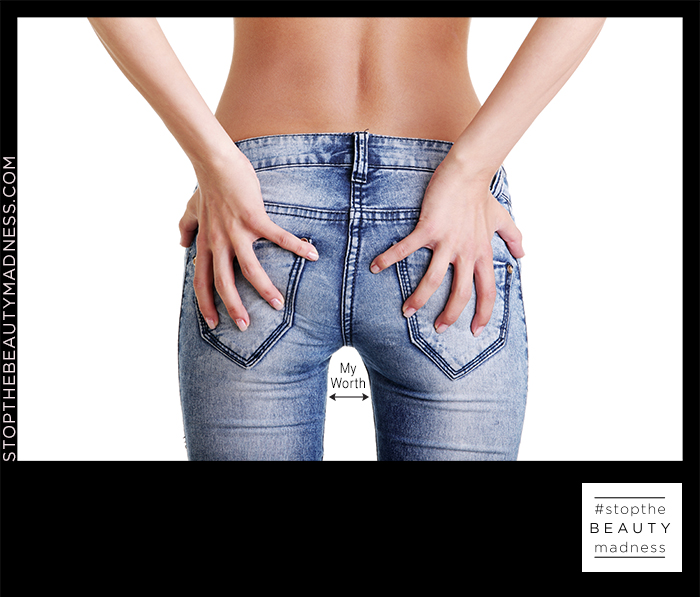 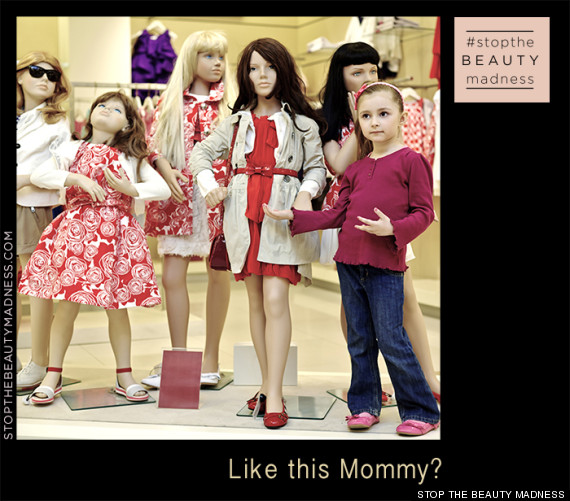 Since the World Cup, brands like Hyundai, ESPN, Corona and Dish Network have been running general market TV ads in English and Spanish to appeal to the multicultural nature of the millennials they’re trying to reach. Some brands, like Hyundai and Corona, have run versions of the same ad in English and Spanish, while others, including Dish and ESPN, have taken a Spanglish route, weaving Spanish and English words and phrases into single ads. Either way, the key is to have a universal message that will appeal to both audiences. This is due to the explosive population and spending growth among Hispanics in America. Hispanics now comprise 17 percent of the U.S. population (up from 13 percent in 2000) and collectively spend more than $1.3 trillion each year.

For Corona, going bilingual “really broadens our opportunity to speak with Hispanic consumers through multiple vehicles,” said John Alvarado, vp of marketing for the beer division of Constellation Brands, which owns and markets the brand in the U.S. English and Spanish versions of Corona ads from Hispanic marketing shop La Communidad will run throughout the summer.

Like Corona, Hyundai produced a new ad from lead agency Innocean USA in both Spanish and English, along with ESPN’s mainstream Hispanic efforts include two ads featuring Pitbull around the NBA Finals and two “This is Sportscenter” ads for the network—the second time that lead agency Wieden + Kennedy has gone bilingual in the long-running campaign.

Hispanics make up a big part of the US population and especially the millennial generation. As said by the svp of marketing for ESPN:  “And if you’re talking about the other m word, ‘millennial,’ the composition of that audience is inherently multicultural. In order for brands to resonate with a younger, millennial, 18- to 34-year-old [and even younger audience], it’s important for us to appeal to them in a way that reflects the world that they live in.”

Here are some of the ads below:

Harvard engineering professor David Edwards invented a device called the oPhone that sends and receives photos and scents together. From 32 basic scents, you will be able to create about 300,000 different kinds of fragrances. The smells will be sent through oNotes, using an app called oSnap. Here’s what a pair of oPhones look like: oSnap was released on June 17, and it allows you to either upload a picture, or choose a picture from their gallery and attach a tag with the smell you want to associate the picture with (without the oPhone device).

You will be able to preorder a pair of oPhones for $149 until it launches officially in early 2015 and once released, it will be selling for $199.

The sense of scent is closely tied with our memory, and the notion of being able to send a scent is more powerful that just an image. The company that created the oPhone, Vapor Communications, says it “intends to bring scent messaging to mobile phone users wherever aroma matters, for health and memory, self-expression and entertainment, travel and the marketing of aromatic content online.”