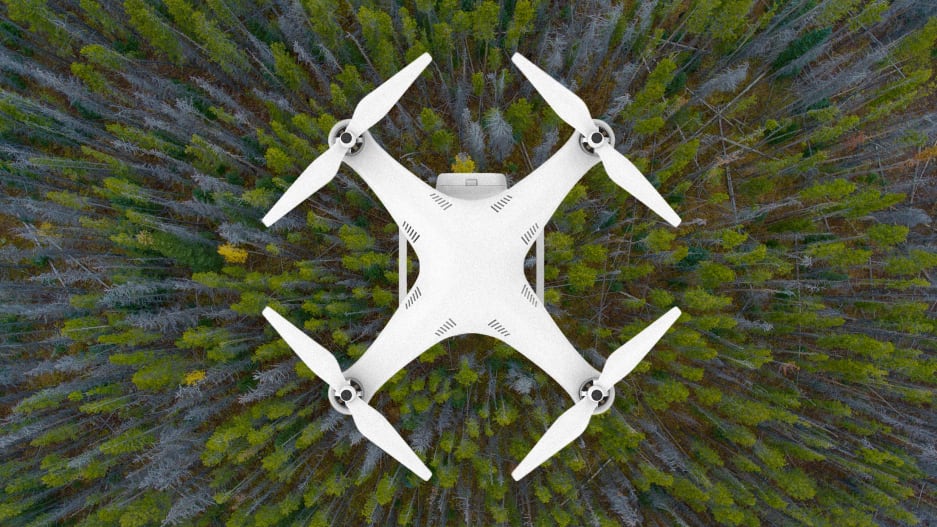 A startup called Now is making it easy for people to support the goal of globally planting a trillion more trees to help fight climate change through subscribing to support an army of drones that’s planting millions of trees around the world.

If a trillion trees are planted on all of the land on the planet that’s available for reforestation, scientists have calculated that it could capture two-thirds of the carbon that humans have emitted since the industrial revolution.

This is where Now comes in. They are trying to reach this goal by planting the majority of these trees… using drones.

“We said, ‘Well, 1 trillion trees is a really massive goal—is this possible?’” says Jessica Jones, one of the Now’s co founders. “It’s clear that with hand planting, that just won’t happen in the time that it needs to happen.”

Drones, however, could potentially plant 20 billion trees a year over 50 years to reach the goal. The drones fly over land to map the topography and soil conditions and identify the best area to plant, and then shoot biodegradable pods filled with a seed and nutrients into the ground. On the platform, customers subscribe to plant trees by donating $10-$100 monthly.

A major study released in July mapped where trees could feasibly be planted, avoiding cities, farms, and landscapes that weren’t previously forests. On those 1.7 billion hectares—an area bigger than the U.S. and China combined—restored forests could collectively store more than 200 billion metric tons of CO2.

“We’re committed to closing the gap between the people and reforestation projects, while creating community in the process,” Jones says.

So many people (it seems) are interested in climate change and helping when they can, but maybe don’t know where to start. This is making an obvious and easy way to help, without even leaving your house and by giving such a small commitment.